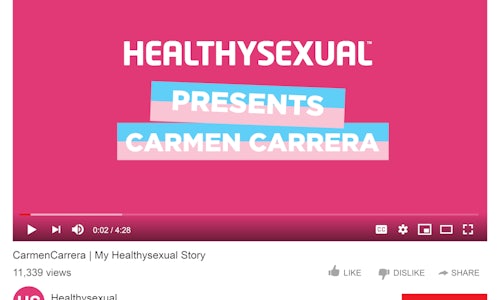 My HealthysexualStory: Breaking down barriers in HIV vulnerable communities

The number of AIDS-related deaths has fallen to its lowest point, thanks to improved access to antiretroviral therapies for prevention and treatment. Yet efforts in the U.S. are leaving the most vulnerable behind—including black gay and bisexual men, transgender women and Hispanic/Latinx communities—all of whom are already highly stigmatized for their sexual identities.

The Healthysexual campaign by Gilead Sciences established a general platform to highlight HIV prevention. It launched first on Tumblr in 2017 and expanded in 2018 to include a central website supported by paid national TV advertising.

We developed MyHealthysexualStory (MHS) to directly target those most vulnerable to HIV and motivate them with empowering, sex-positive and stigma-smashing messaging that builds awareness of HIV prevention and encourages them to speak with their partner(s) and health care provider about sexual health.

A core insight was that deeply-rooted stigma about HIV and sexuality could more effectively be addressed by engaging relatable influencers and trusted community-based organizations (CBOs) in content creation and delivery. Involving representatives of these vulnerable communities was paramount to inspiring action regarding HIV prevention and sexual health.

Additionally, traditional media audience segmentation data show paid media alone cannot reach these target audiences who use social media as their primary source of news and information. We coordinated closely with the CBOs and influencers to create content, a communication plan and distribution strategy through their organization's channels.

Strategy #3: Blend insights garnered from influencers and CBOs with Healthysexual messaging to deliver community-informed content in an engaging way that inspires action.

We worked closely with each influencer and CBO to develop a suite of engaging content that would effectively reach their respective audiences. Critical elements included:

Since the cascading launch on July 9, social media engagement increased on YouTube, Instagram and Facebook among black gay and bisexual men, transgender women, and Hispanic/Latinx communities about the empowering, sex-positive and stigma-smashing MHS campaign and content. Engagement continues to grow.

The MHS videos and accompanying clips have been viewed more than 287,000 times across the social channels (e.g., Instagram, Facebook and Twitter) of the influencers and CBOs.

A preliminary tally of additional engagement (e.g., likes, shares, comments, reach, impressions, etc.) is provided below with highlights from Instagram and Facebook. Note, totals do not reflect final impact as content was posted directly by influencers and CBOs; every metric has not been provided.

Metrics that demonstrate resulting traffic to Healthysexuals.com are pending.

Many impressions were made among people aged 18-34 living in the South and in major urban areas, effectively reaching black gay and bisexual men, transgender women, Hispanic/Latinx communities where they reside. Feedback was overwhelmingly positive, with dozens of comments thanking the influencers for speaking out about HIV prevention.

Video for My HealthysexualStory: Breaking down barriers in HIV vulnerable communities 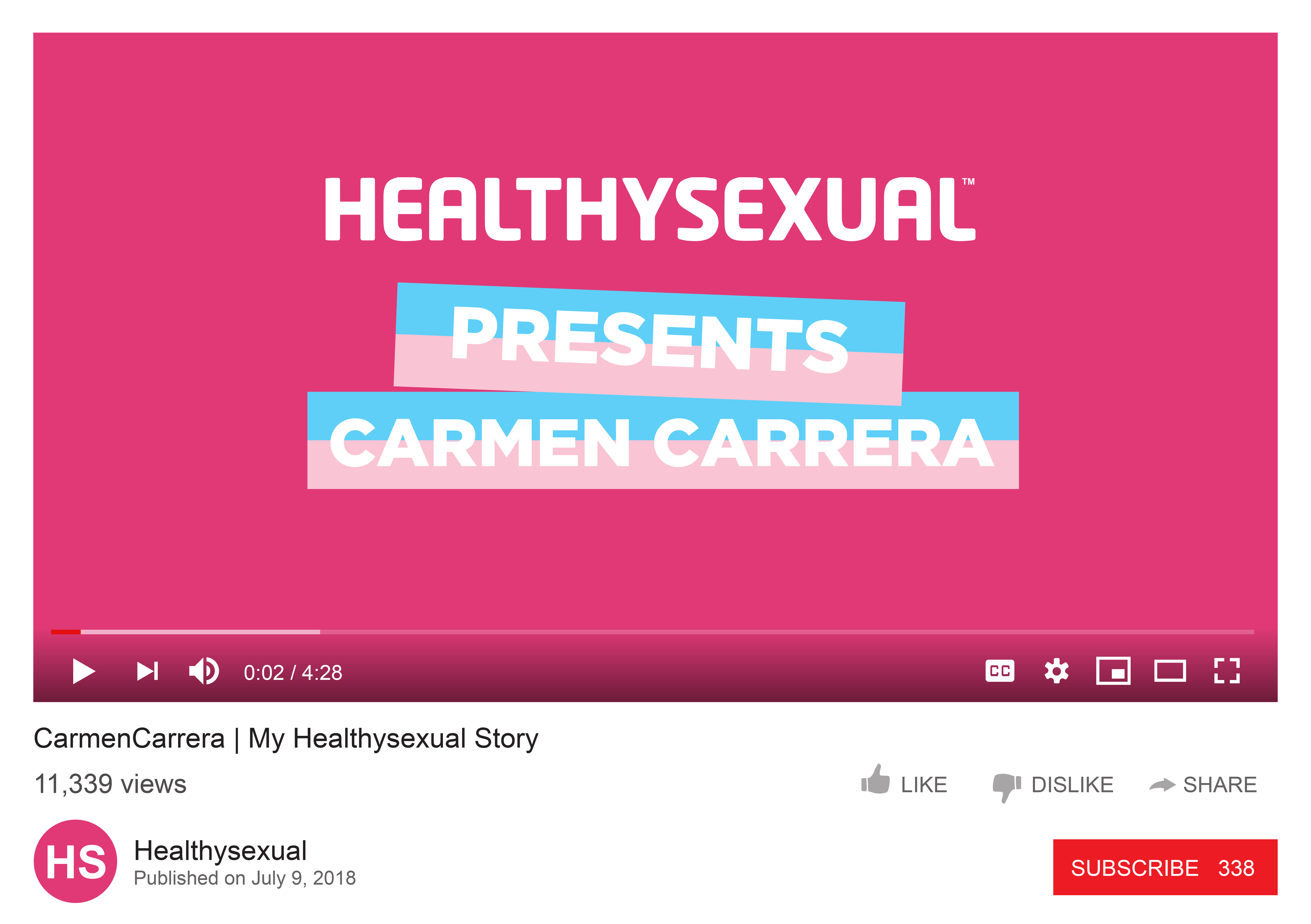 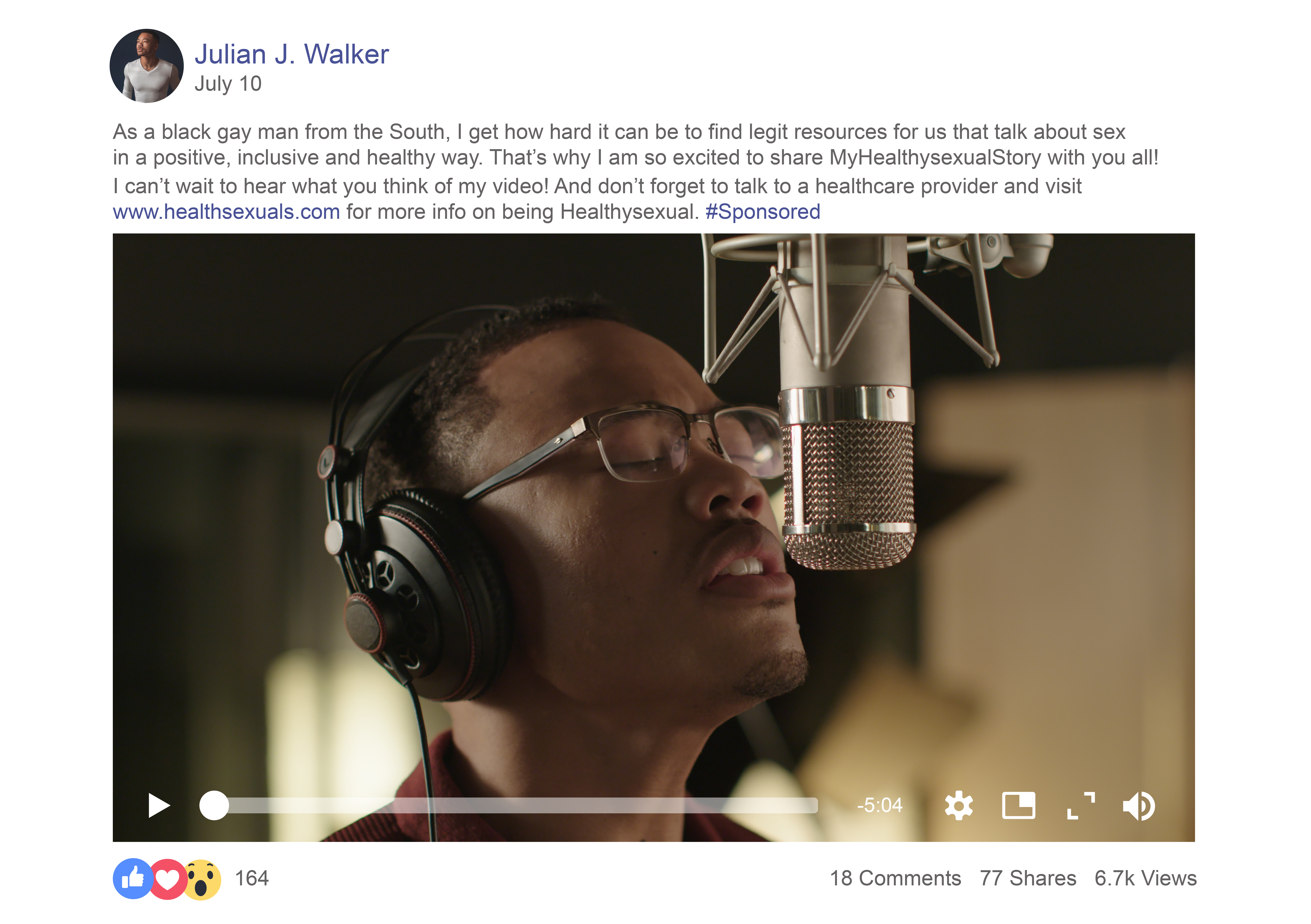