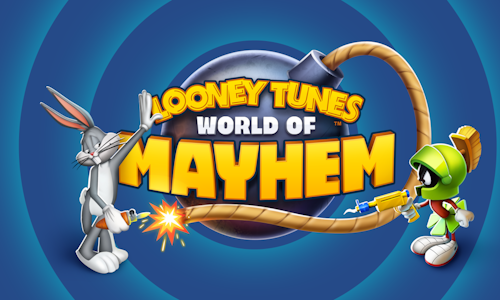 Lean into the iconic, slapstick humor of the 88 year old classic Looney Tunes brand to launch the newest iteration of the franchise -- the mobile game Looney Tunes™️ World of Mayhem.

Market the game in a creative, playful way with tag lines like: "The World's Greatest Game Ever Played" and "You're Welcome World," an ACME CEO social conversation (@ACMECEO), a Facebook Live "Crushathon," a world of GIPHYs to get fans sharing, and so much more.

Aim to keep Looney Tunes™️ World of Mayhem relevant to new and old fans with both a classic and 2019 look and feel, while also making fun of what's happening in culture.

With such a mass-market IP with universal appeal (99% of people in the western world are familiar with Bugs Bunny), the goal for Looney Tunes™️ World of Mayhem was to create an experience that had both the feeling of the original cartoons with all the references (outfits, bits, gags) to specific episodes--combined with the competitive RPG appeal for core RPG fans.

THE ANIMATION & ART - The game has unique character animations—while there are some "canned" visuals like dropping anvils, nearly every toon has their own custom animations that often speak to the original content. Coyote paints a tunnel on a wall and a train comes out. Marvin shoots a giant missile that pops out an arm with a tiny stick of dynamite. Siegfried Elmer has his spear and magic helmet. It feels like watching a cartoon in a way that no other RPG pulls off—or even tries to do. We also work with closely with the Warner Brothers animators to get it just right. For example - how many frames should Marvin's walk be? What do Bugs' ears do when he smiles?

THE RANGE OF CHARACTERS - New characters continue to be introduced over time including cultural and holiday upgrades to current characters. Events and tournaments allow players to level up and have higher intensity experiences. Overall, the game features the entire world of Looney Tunes--from new to fan favorite classic characters. COMING SPRING 2019: Lola Bunny.

THE FRANCHISE TRIBUTE - The game brings to life fan favorite versions of the classic toons from the rich Looney Tunes history (favorite episodes, etc). Some of the best known episodes like What's Opera Doc, Duck Dodgers in the 24th and a half century, Fast and Furry-ous are all represented in World of Mayhem. The game also features characters from the newer show (like Queso Bandito) next to characters from fifty years prior like Robin Hood Daffy.

THE GAME FEATURES - Crate stealing is a unique social dynamic not commonly found in other games. It taps into all the animosity and revenge aspects of the Looney Tunes brand. Players can steal your crate, you and steal theirs… making it fun and exciting. At the same time, nothing is too serious. You explode… and then you're fine, the classic take on the Looney IP. Overall there is more PvP than most games in market allowing players to build their leaderboard ranking and collect trophies.

THE VOICES - The game also uses the authentic voices of Looney Tunes from today. Tweety Bird and Porky Pig are voiced by Bob Bergen, the current, official voice of the cartoons and Eric Bauza, who voices many additional characters in the series, also voices many of the other characters in World of Mayhem. Fun Fact: Eric is also the voice of Stimpy in the reboot of Ren & Stimpy.

THE EASTER EGGS: There are some fun finds throughout the game such as a WB Studios Porky Pig billboard. Look out to see what you can find.

THE LT HISTORY - Looney Tunes and its characters are part of entertainment history with the first LT short was released in 1930, starring Bosko (with Porky Pig introduced in 1935; Daffy Duck followed in 1937; and Bugs in 1940). LT's most famous character Bugs Bunny has a star on the Hollywood Walk of Fame and there have been 15+ TV series, 15+ films, 15+ comics, and thousands of animated shorts based on the franchise. The cartoon is 88 years old. The game follows this history from 1930 until today. We keep World of Mayhem relevant with both a classic and 2018 look and feel--also making fun of what's happening in culture, in line with the LT brand.

MARKETING - We leaned into the iconic, slapstick humor of the 88 year old classic Looney Tunes brand in a creative, playful way with tag lines like: "The World's Greatest Game Ever Played" and "You're Welcome World," an ACME CEO social conversation (@ACMECEO), a Facebook Live "Crushathon," crushing every item you can think of a la Looney Tunes fun, a world of GIPHYs to get fans sharing, and so much more.

To celebrate the launch of the 'greatest game in all world history', beginning at 10:00 a.m. PST Dec 13, 2018, the world got a behind-the-scenes look into a day in the life of an ACME QA product tester in the World of Mayhem Crushathon. Live from the ACME Anvil Lab, fans watched as testers dropped anvils on everything—from the ridiculous to the more ridiculous—and also engaged directly by requesting items to crush.

On December 15, 2018 Instagram star Zach King supported the launch with an exclusive Looney Tunes branded video from the ACME Anvil Lab on @ZachKing.

Fans have also been sharing the Looney Tunes mayhem with friends with Looney Tunes™️ World of Mayhem GIFs via GIPHY, which have been viewed 200 million+ times to date.

And the results are in... it's offiically "the greatest game in all world history" with...

- On average 10 million+ battles are played EVERY DAY

- Over 200 million GIFs have been viewed via GIPHY 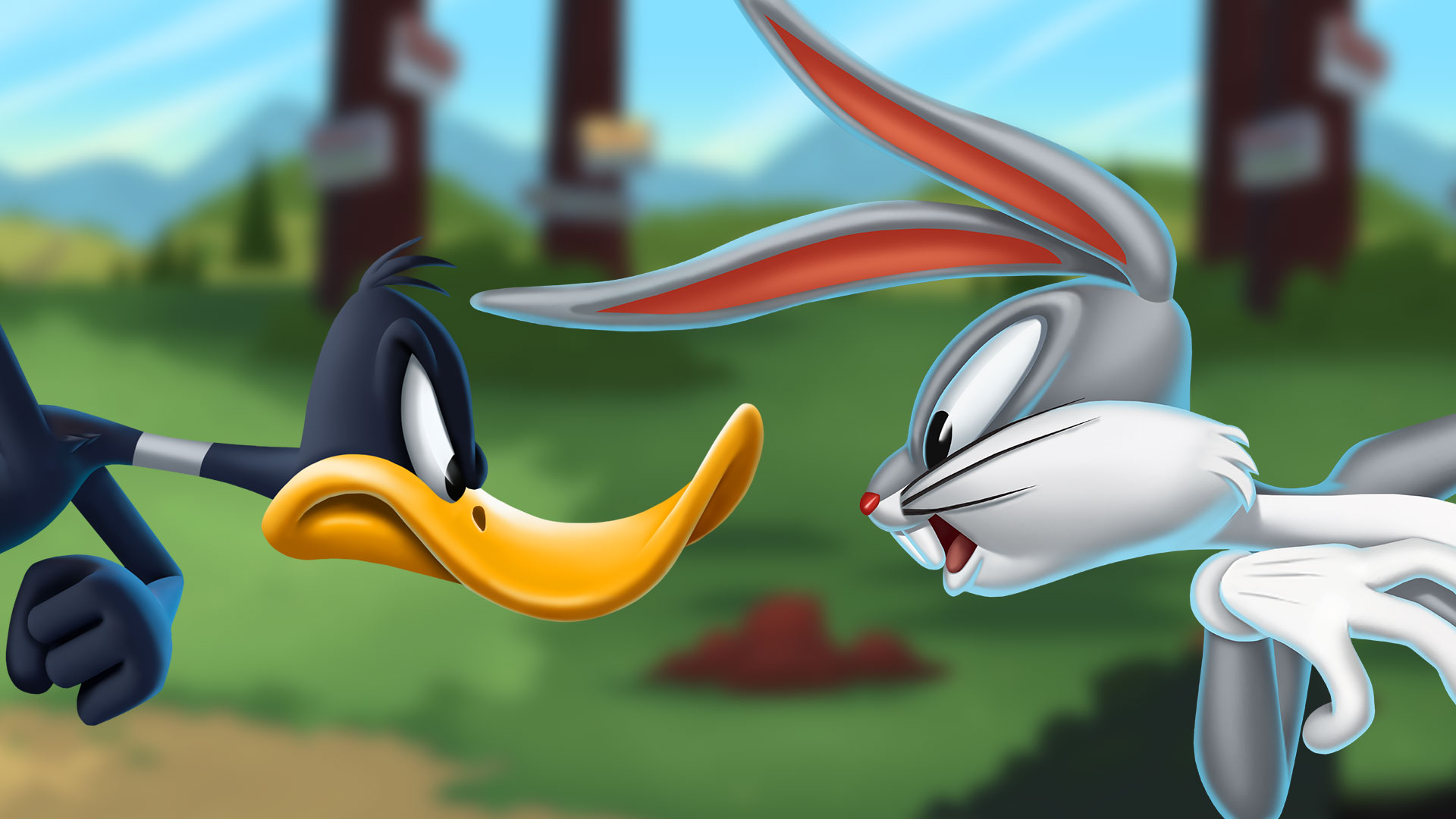 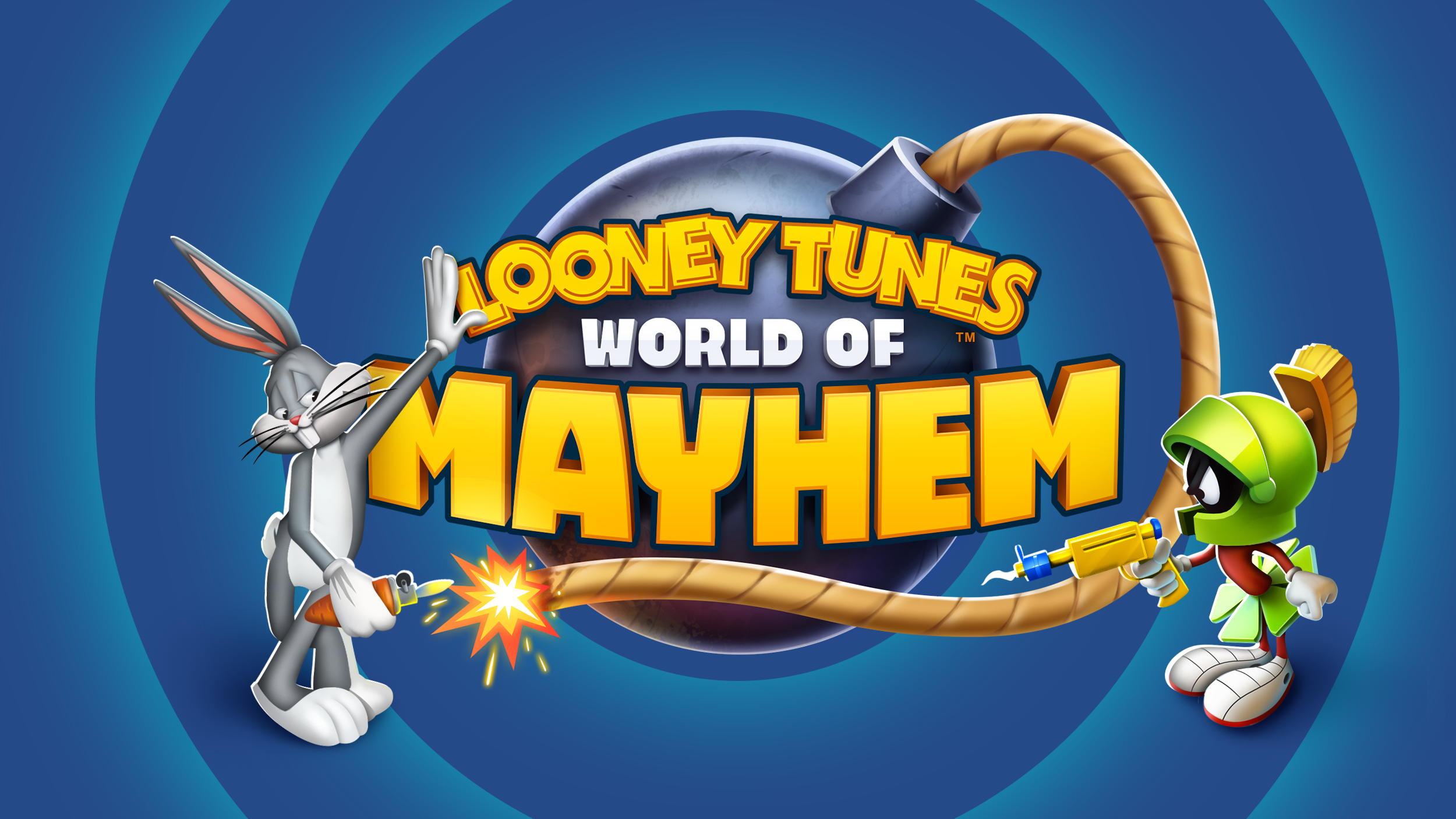 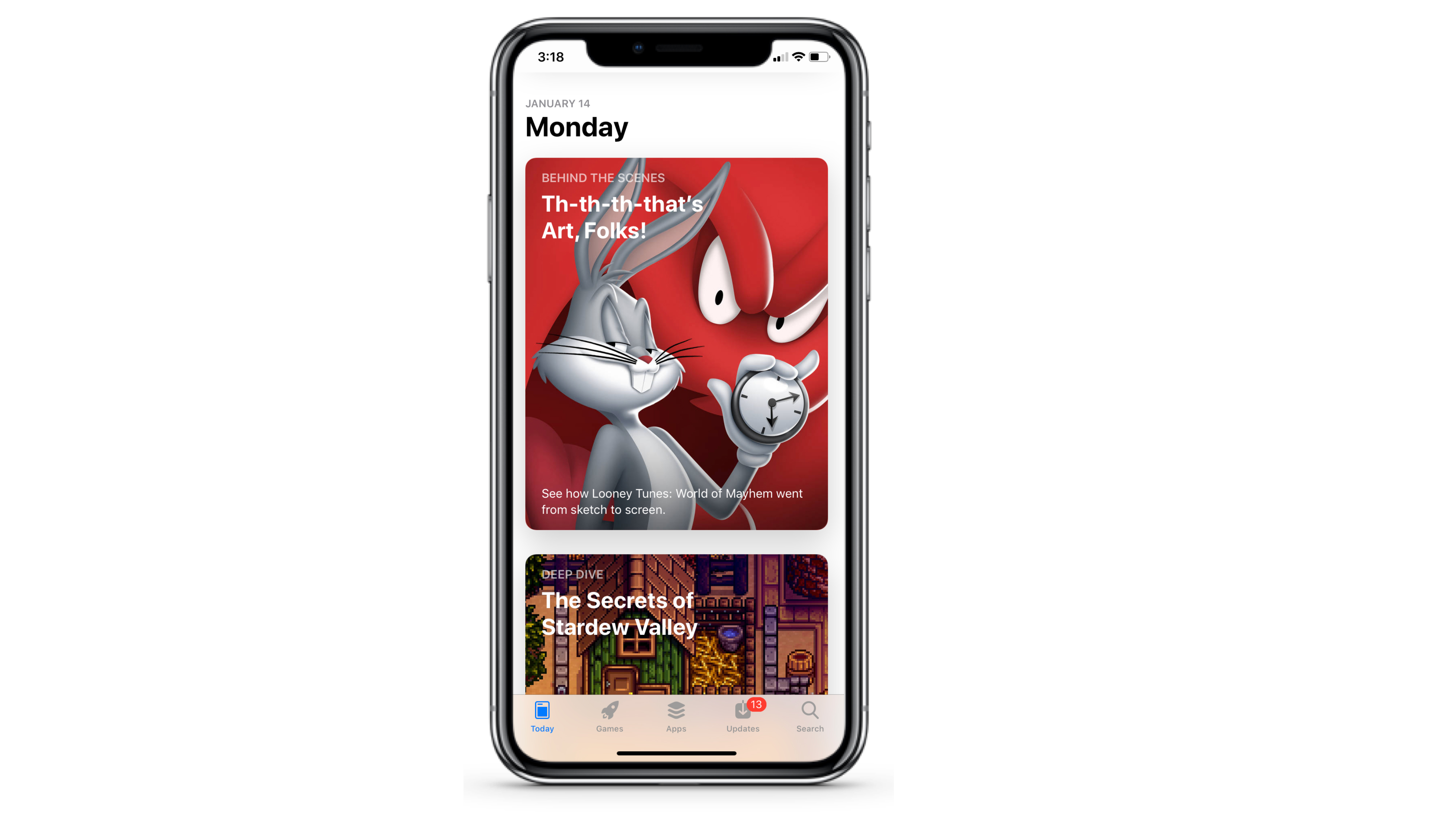 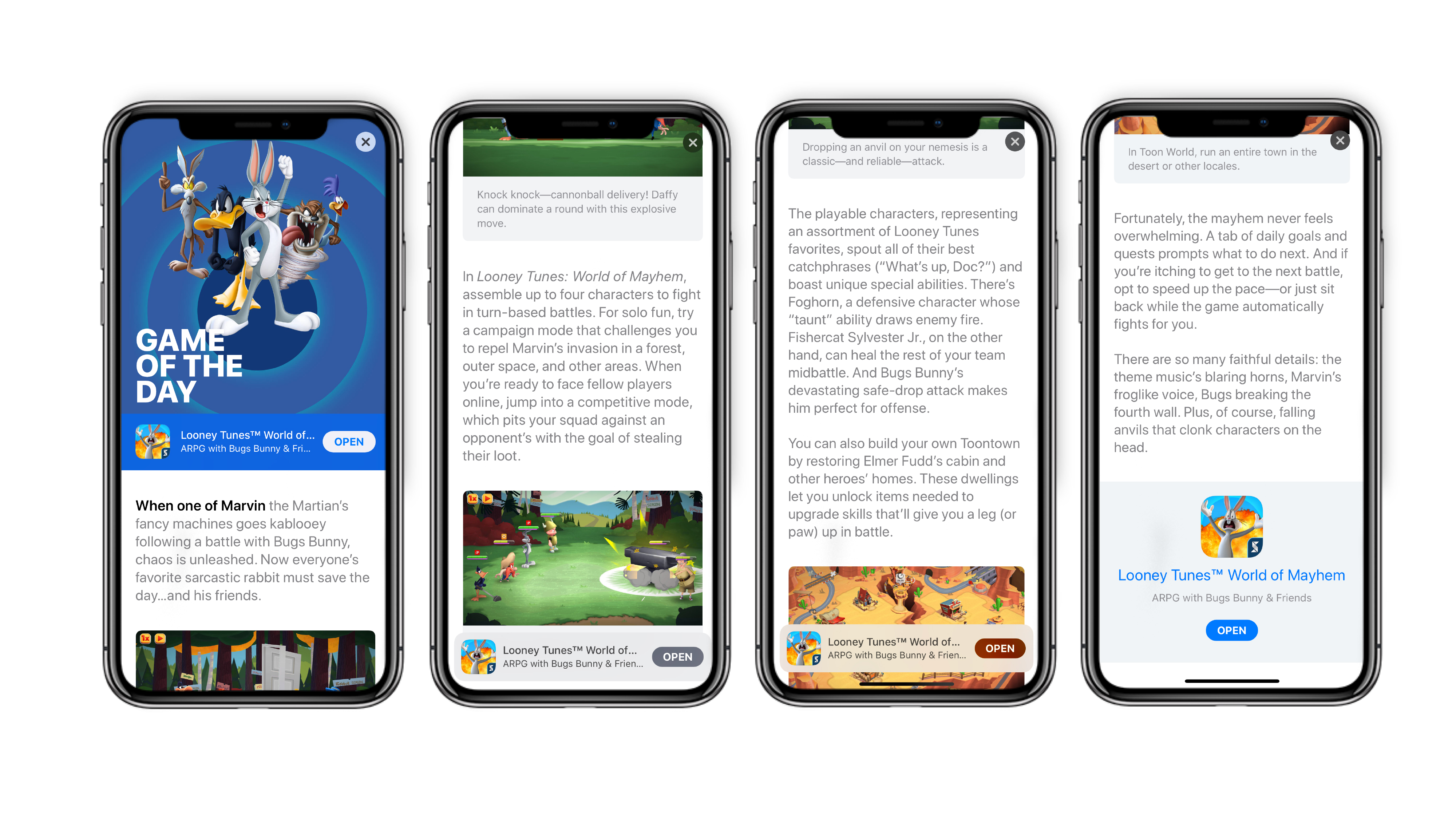