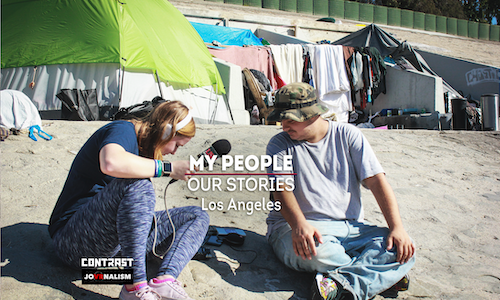 Homelessness in Los Angeles: My People, Our Stories

Collaboration and inclusion form the nucleus of our core values. As part of our editorial vision, we're always seeking to invite the participation of those from the communities most affected, training them in immersive filmmaking and working with them to tell their stories in our creator initiatives titled, My People, Our Stories. In this way, we aim to give them a powerful tool in checking against misinformation, lack of information, misguided perspectives, prejudices and stereotypes.

Our training workshops have taken us around the world, from the MENA region, to South Sudan, the favelas of Rio de Janeiro, and a Syrian refugee camp in Jordan. For My People, Our Stories, we focused on the vulnerable homeless population in Los Angeles by partnering with USC School of Annenberg's JOVRNALISM class, headed by Professor Robert Hernandez.

"The homeless community can be standoffish to the media, especially because the media often parachutes in and uses them for their stories. We wanted to step aside and help empower them to tell their own stories, and in doing so democratize this technology," says Hernandez.

The goal was to hold a workshop for participants experiencing homelessness, to give them 360 video cameras, then train and work with them to produce their first ever 360 videos on stories they wanted to share with the world.

Contrast collaborated with USC'S School of Annenberg's JOVRNALISM class to produce My People, Our Stories: Los Angeles, a four-part 360 video series that us into the lives of five people experiencing homelessness in Los Angeles, seen through their own lenses.

USC Professor Robert Hernandez and his JOVRNALISM students hosted a multi-day immersive storytelling workshop for eleven participants experiencing unstable housing. By giving them portable, easy-to-use 360 cameras, the initiative provided a teaching opportunity and digital platform for those who wanted to share their experiences. The students continued to work with select participants for weeks following the workshop to help them develop their stories. As the JOVRNALISM students worked with the participants on the ground, Contrast produced the stories, providing editorial guidance throughout the production and packaging the series in post production.

Each of the stories offers a unique and intimate perspective on different aspects of homelessness in Los Angeles, providing an authentic and alternative representation of the voices of those living on the streets. The participants all chose the experience they wanted to convey, the narratives they wanted to share and the stereotypes they wanted to challenge.

Released in December and January, the 4-part series My People, Our Stories: Los Angeles was published across AJ+, Al Jazeera English, Contrast, Al Jazeera Arabic and USC, with a result of around 1.6 million views.

The videos were the first attempt of each participant in filming their own documentaries; it was also their first time using 360 immersive video technology.

As Professor Robert Hernandez observes, "The homeless are a community that are often overlooked and ignored, or dismissed by the average person in Los Angeles."

Over the course of a few months, the initiative not only equipped the participants with the technology to make immersive films, but also trained and supported them to tell their stories effectively, while providing a wide-reaching platform and diverse audience.

"This [homeless] population is diverse as any, and there is true connection and empathy and compassion and love to be had," says Daisy Kukuruza, one of the participants, who has been experiencing homelessness since she was sixteen years old. Together with her boyfriend Tim, who is also homeless, they filmed their first 360 video on what it means to have a relationship while facing the challenges of being on the streets.

Other stories explore the myriad challenges women must face living on the streets and what it can be like living in a tent.

Video for Homelessness in Los Angeles: My People, Our Stories 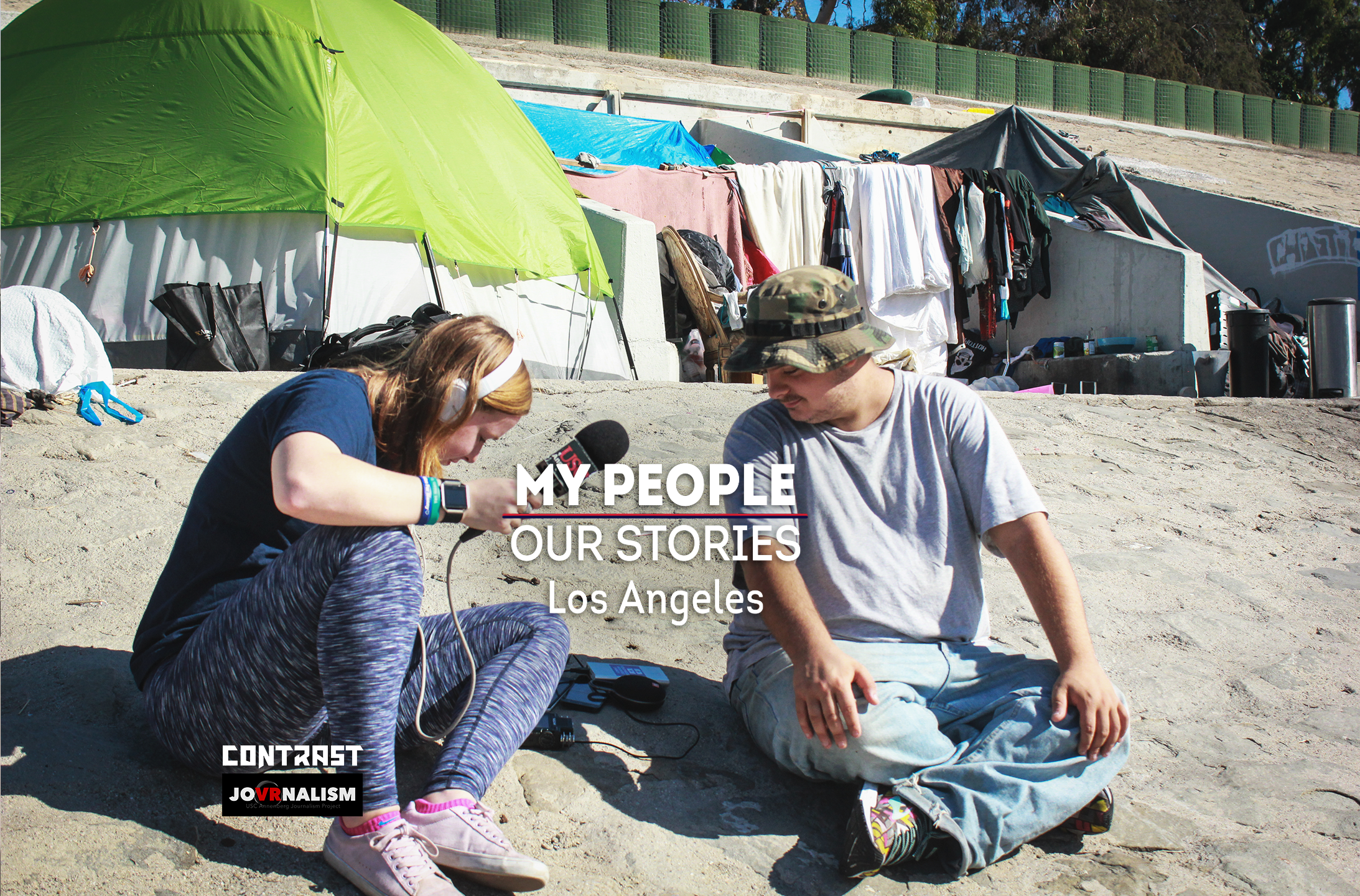