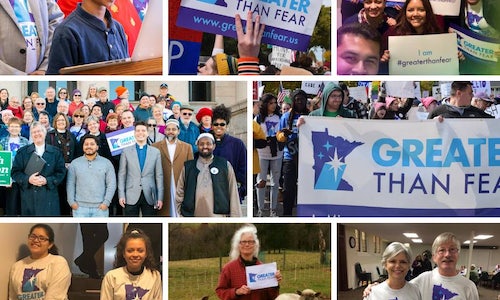 Greater Than Fear had two core objectives: mobilize the members of our base in Minnesota who normally sit out midterm elections to vote and persuade swing voters to choose progressive candidates across national, state and local races. For this, we deployed the robust empirical research from the Race Class Narrative project ( a collaboration between ASO Communications, Ian Haney López, Demos and SEIU) to develop a compelling open-source brand with varied assets; promote adoption of our look and messaging across organizations and electoral campaigns; and serve as a potent counter to right-wing race-baiting and anti-immigrant narratives.

With empirically-tested narratives for speaking about racial and economic justice as our foundation, we developed a relatable, resonant and repeatable brand identity. Greater Than Fear -- an intentional rejoinder to the core rhetorical approach of our opposition -- is both a provocation and an invitation to join our "team" of Minnesota voters guided by respect and care for each other. The brand intentionally transcended organizations and specific races, making it easy for allied organizations to participate and creating the feeling of a large, powerful and united movement.

With both brand and tagline -- "In Minnesota, we're better off together" -- in place, we created a look for our campaign with logo, social media assets and campaign micro-site. The visual brand was inspired by the North Star, a symbol both of Minnesota (the North Star State) and strong moral values Minnesotans care about. Campaign visuals highlighted the joy and benefit of things we do together, like sharing meals and digging each other out of the snow. These visuals reinforced the campaign messaging. Providing a messaging and branding guide and materials (shirts, stickers, banner, buttons and posters), we trained hundreds of organizers and canvassers to use the Greater Than Fear narrative at voters' doors, during campaign rallies and on social and traditional media.

Immediately after initial training, organizers turned what was intended to be a protest during Trump's visit to Rochester in early October into a Greater Than Fear rally with an affirmative multi-racial democratic vision in lieu of simple opposition to the present administration. Our social media strategy was both proactive -- delivering our messages and images over Facebook and Twitter -- and reactive -- responding to opponents' daily barrage of fear mongering. For the latter, our most potent approach was our participatory "dogs against dog whistling" wherein users could send us a photo of their dog from which we generated a personalized hate-fighting canine superhero image.

We produced a 60 second digital ad and served this plus a shortened version and GIFs from it to a targeted list of 77K low propensity plus swing voters in swing MN House districts. We aired radio ads in the 5 most critical of these districts for two weeks. And we developed print ads from our brand illustration for local papers in these same 5 places. For the first three weeks of our campaign, our messages and images were intentionally non-partisan -- directing our audiences to "vote Greater Than Fear" and reject politicians who intentionally divide us from each other, without naming any particular candidates. With this, we sought to influence the decision architecture of their voting deliberation -- both whether or not to participate and in support of which candidates -- toward one of inclusion and shared prosperity while inoculating against the politics of resentment and scapegoating.

In our final week, our digital, radio and print presence shifted to include overt partisan calls for particular progressive politicians while name-checking those using race-baiting, anti-immigrant and anti-Muslim sentiment to attempt to rally support.

Not only did the organizations directly in our network adopt our branding online, at events and on the ground as they knocked doors, we were able to persuade allied but distinct groups including Take Action Minnesota, a Better Minnesota, AFSCME, Minnesota Nurses Association, Unidos Minnesota and then the candidates themselves to adopt our language, our look and our assets. Indeed, Tim Walz and Peggy Flannagan closed out their successful bid for governor and lieutenant governor using our brand and tagline, having campaigned wearing Greater Than Fear shirts.

For our paid digital, we ran over 1.6 million impressions earning us a video completion rate (VCR) of nearly 23% and a click-through rate of .32% over platforms used, both above industry averages. While typically highest VCR come from people over 65, our highest rates came from 18-24 year olds -- our targets for turnout.

Our total organic social media impressions over four weeks came to over 84K on Twitter and nearly 134K of Facebook with women and younger voters making up the bulk of these audiences.

In an online test with 1414 eligible Minnesota voters, our 60 second ad had a positive effect on both desire to vote and support for progress candidates. Among the 3 progressive ads tested, our had the strongest positive effect on voting desire.

We conducted an election ever survey of 800 Minnesota voters and found that 72% reporting favoring a candidate who used our Greater Than Fear messaging where 23% said this off the opposition's messaging.

Most importantly, election night brought decisive victories. Minnesota boasted the highest turnout of any state in 2018. We won statewide races including governor, lieutenant governor, attorney general, controller and secretary of state. Both US Senate races and 5 out of 8 House races went in our favor. We flipped the Minnesota State House, picking up 18 seats for a total of 75 Democratic representatives out of 134 total.

Video for Greater Than Fear: Winning Progressive Change in Minnesota 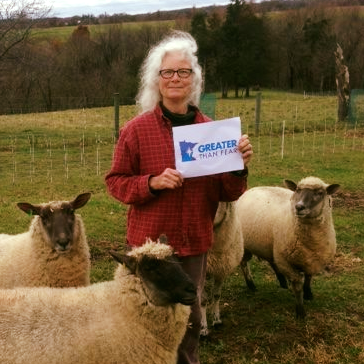 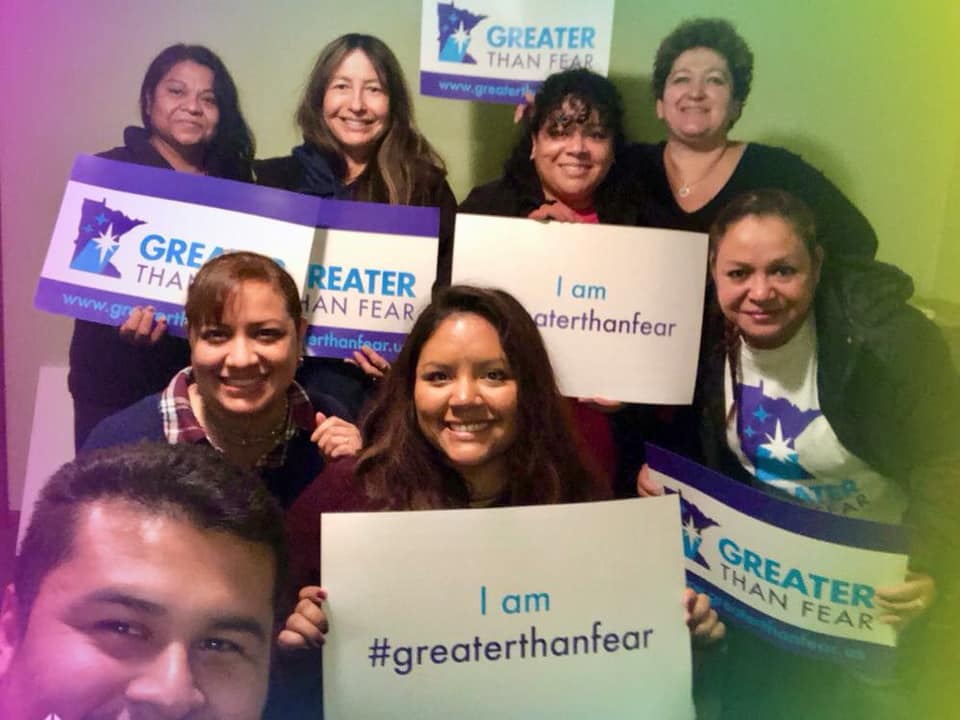 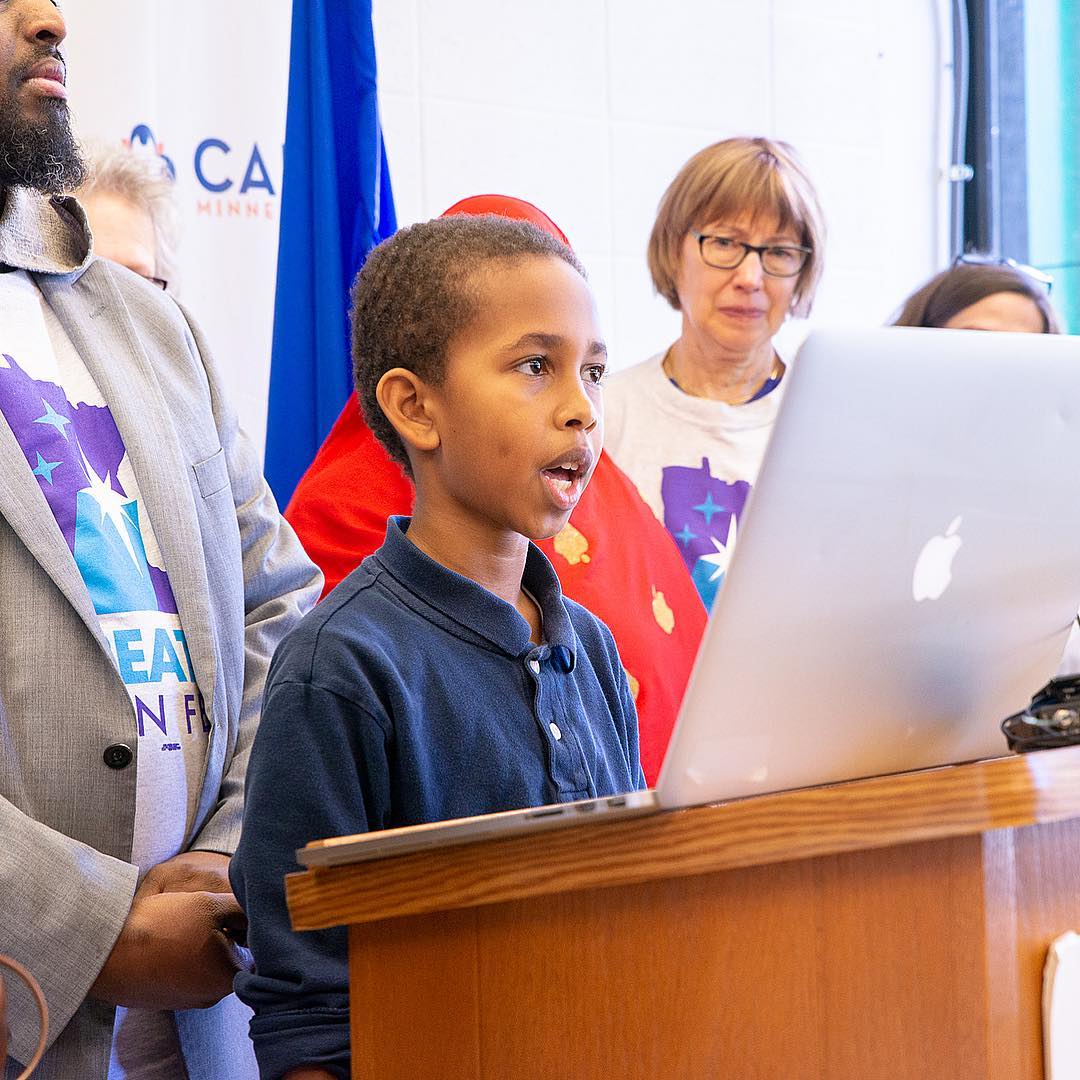 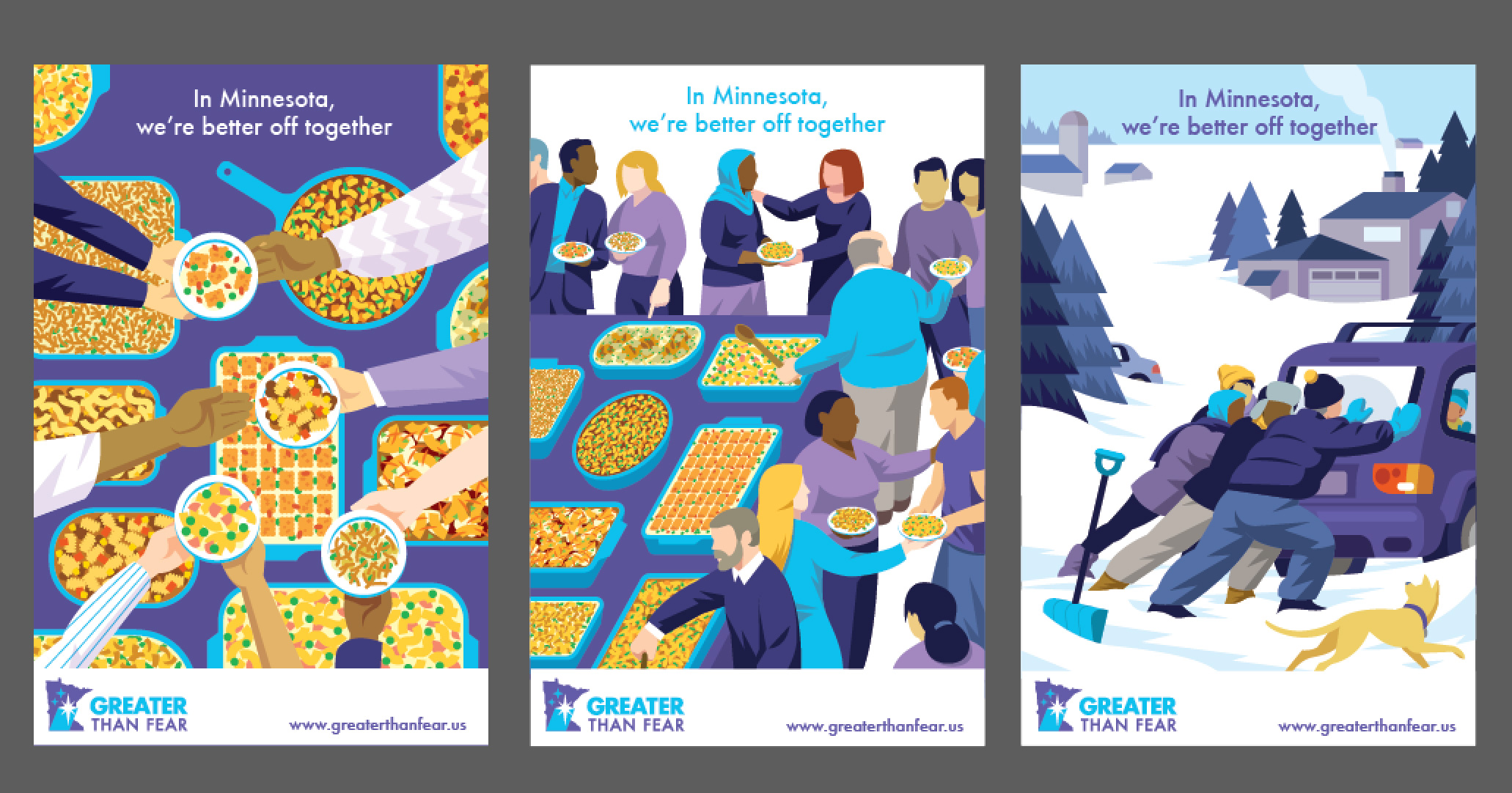 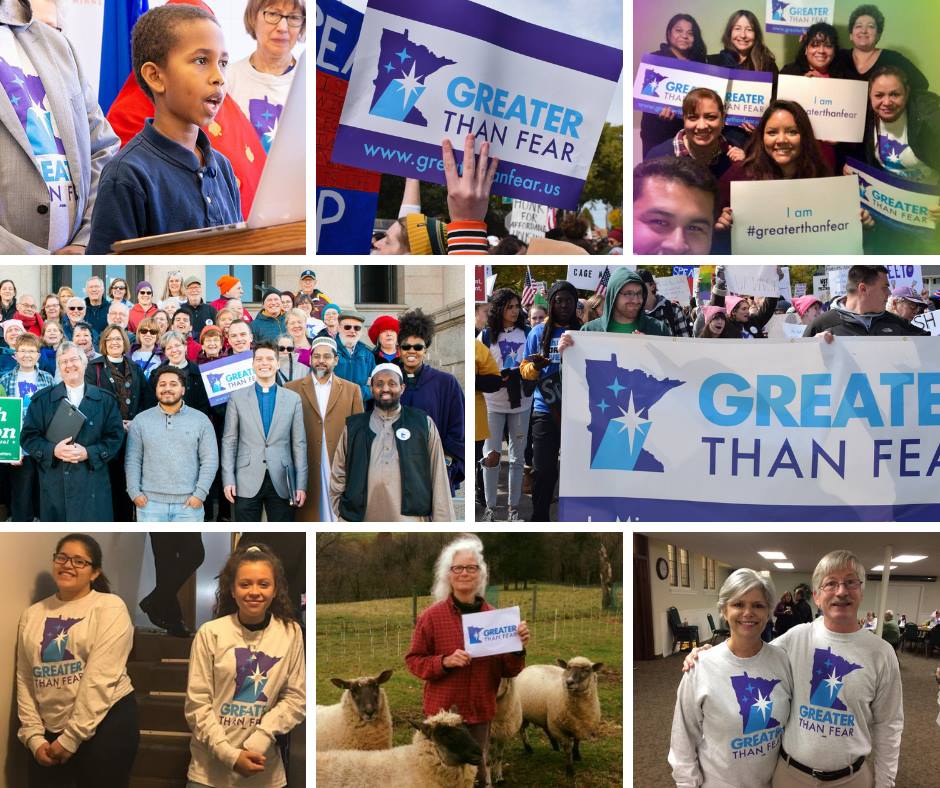 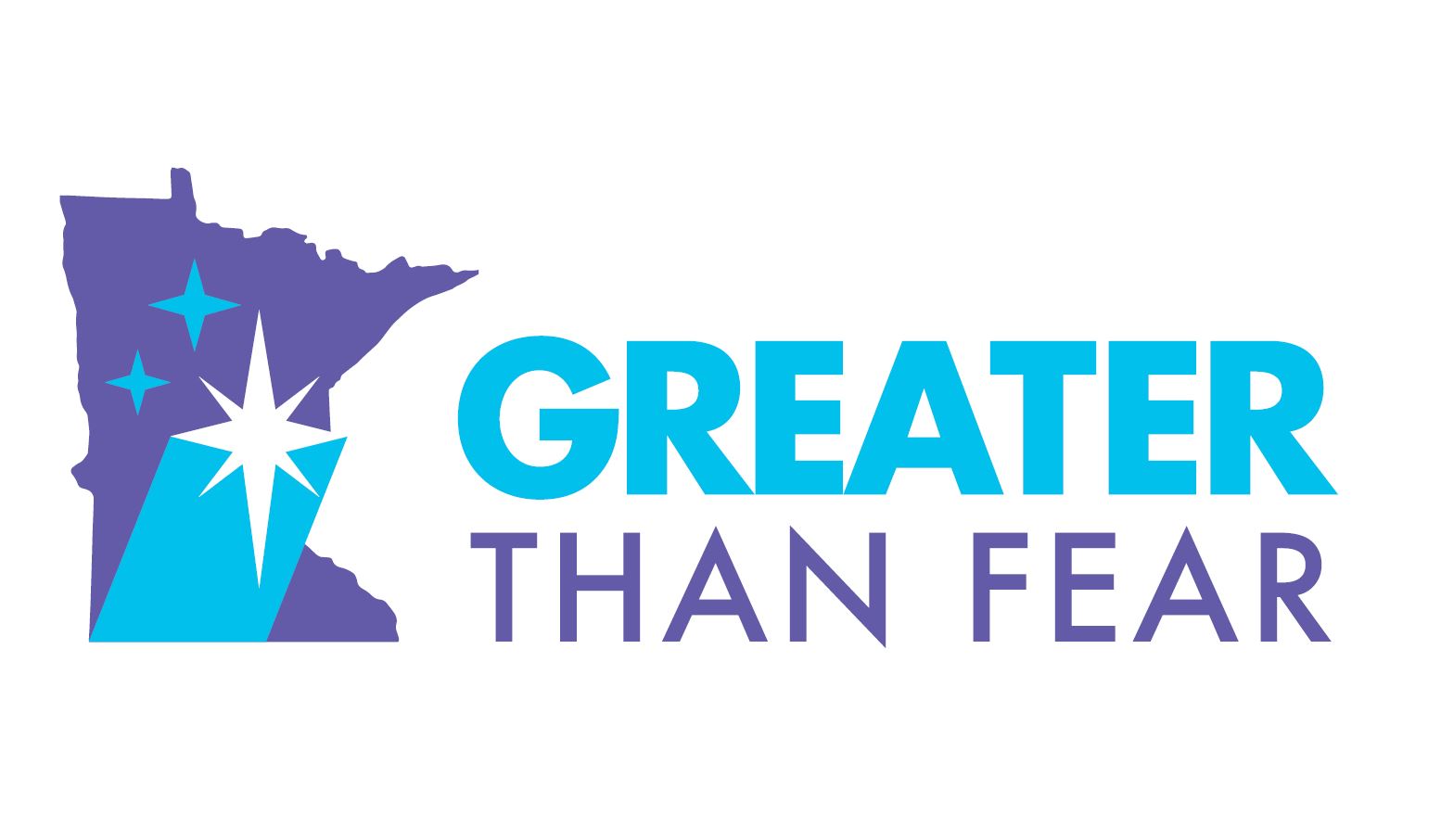 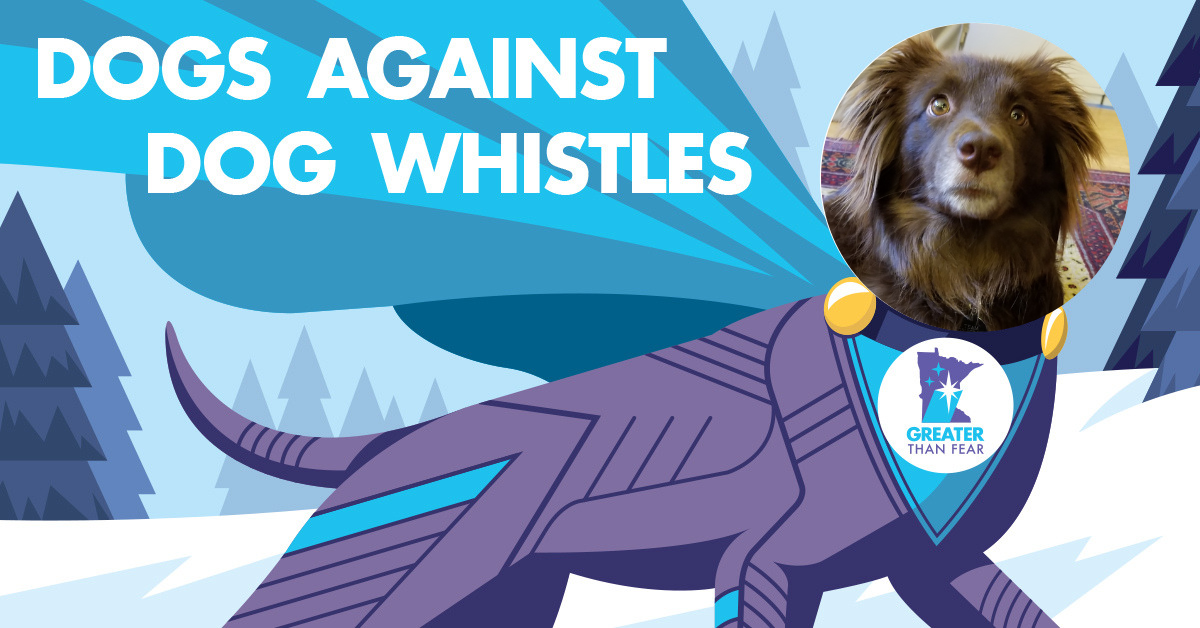 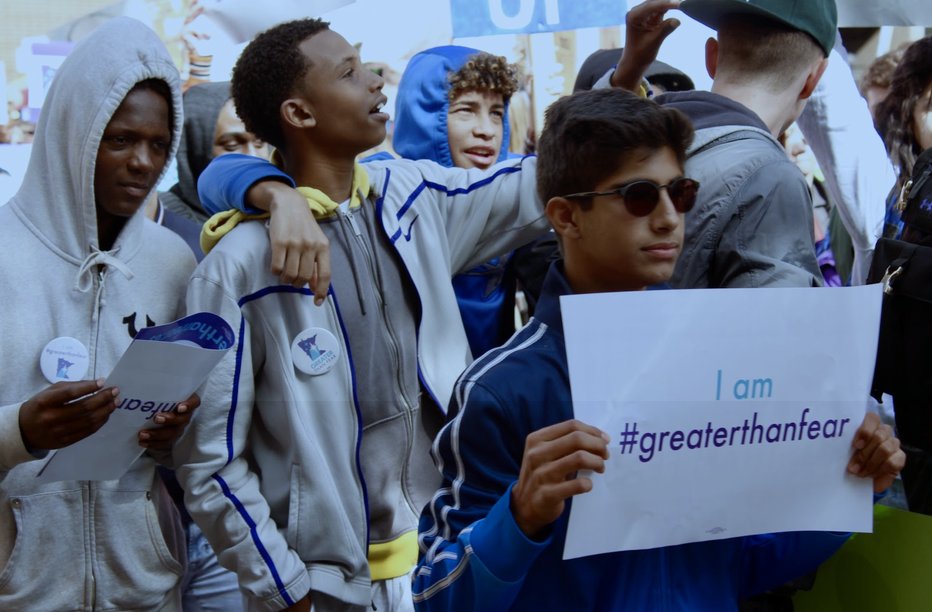 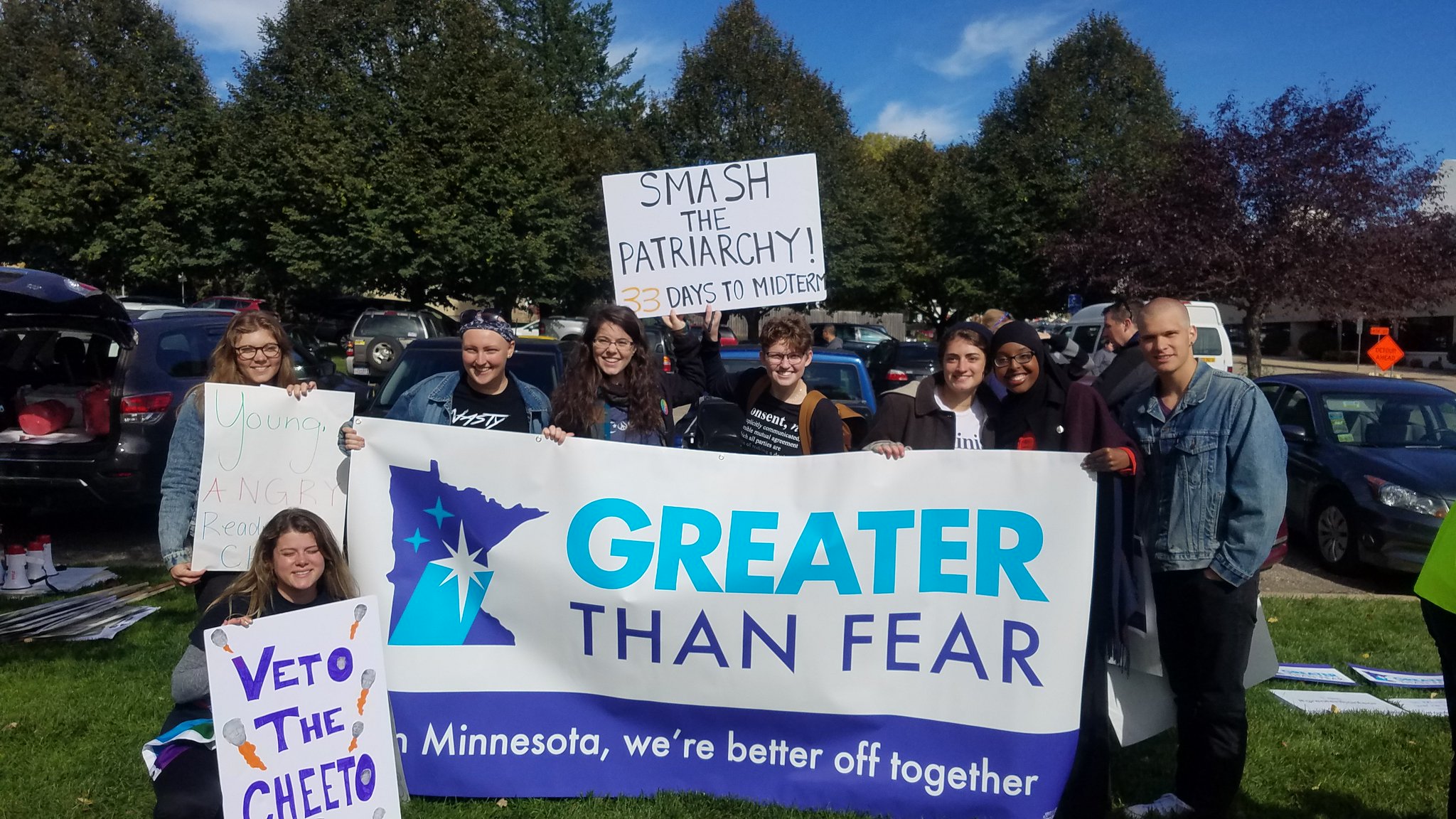