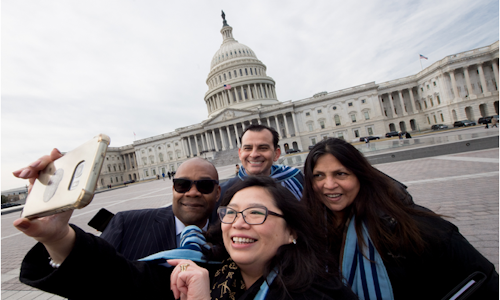 Through activating paid and organic media on Twitter, we aimed to:

2. Elevate the voice of small business owners by connecting them directly to their senators, congressmen and other government officials.

3. Highlight our efforts to convene small businesses and key influencers around topics such as job creation and to drive tangible progress in removing barriers to small business growth.

Leading up to, during and after the Summit, we leveraged our following on Twitter in order to build and extend awareness around 10KSB.

Our social assets highlighted a number of 10KSB program graduates, elevating their voices as they shared how small business is shaping the US economy, along with statistics showcasing how 10KSB graduates stack up against small business owners nationwide.

This numbers-driven content aimed to increase the awareness of the fact that revenue growth and job creation for 10KSB program graduates surpasses the national average. In addition, we published timely posts highlighting speakers like Tyler Perry and Sara Blakely and sessions happening in real time at the Summit.

Across paid and organic Twitter, we utilized a combination of Twitter products – including videos, static images, animations, a conversational ad unit, a Twitter poll and even a Twitter Moment. This variety of content and delivery helped us reach and engage with our audiences like never before and its evergreen nature allowed us to extend its distribution beyond the event.

We branded all of our Summit posts– both paid and organic– with #MakeSmallBig. The hashtag underscored the purpose of the Summit and the 10KSB program at-large. Program alumni, small business handles and government officials alike utilized our hashtag to document their experiences at the Summit, posting pictures of panels and sessions or their conversations on Capitol Hill. Even Twitter handles of large news outlets like Yahoo! Finance and leading organizations such as the National Urban League participated in the #MakeSmallBig conversation during the Summit. Trending across Twitter, #MakeSmallBig weaved our campaign posts together and streamlined the mission of our event and 10KSB efforts.

Our campaign efforts across Twitter generated unprecedented awareness of both the Summit and our 10KSB program. Across organic and paid, our content delivered 30.7M impressions and garnered 7.3M video views, and our posts helped amplify the voices of over 2,000 10KSB alumni in attendance. Overall sentiment of the 10KSB conversation was 99% positive. Given the negative commentary that often surrounds big banks, this positive sentiment reinforced the value of the 10KSB program.

The campaign hashtag, #MakeSmallBig, went viral, trending #1 on Twitter in Washington, D.C. (the location of the live event) and #5 nationally. Its striking popularity has rendered it an evergreen hashtag for our always-on Twitter content. 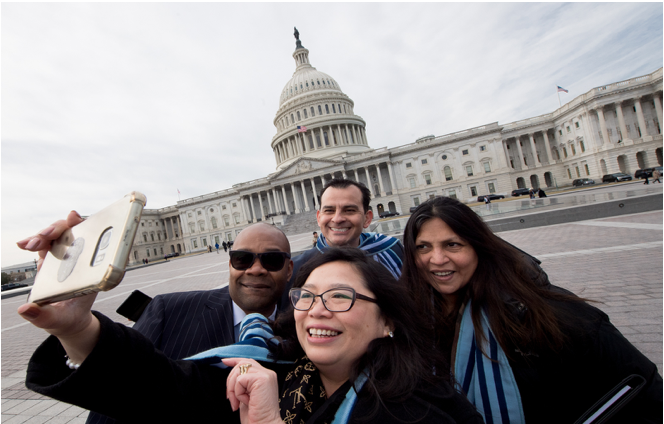 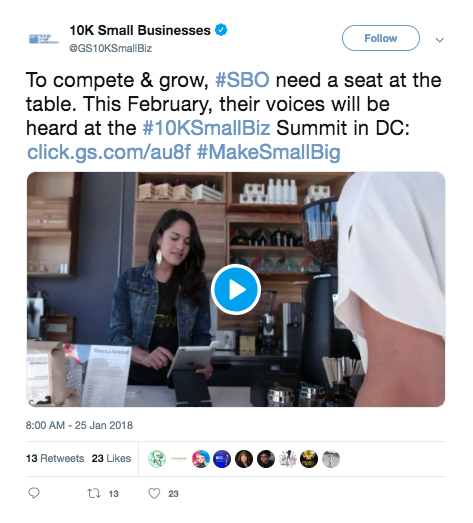 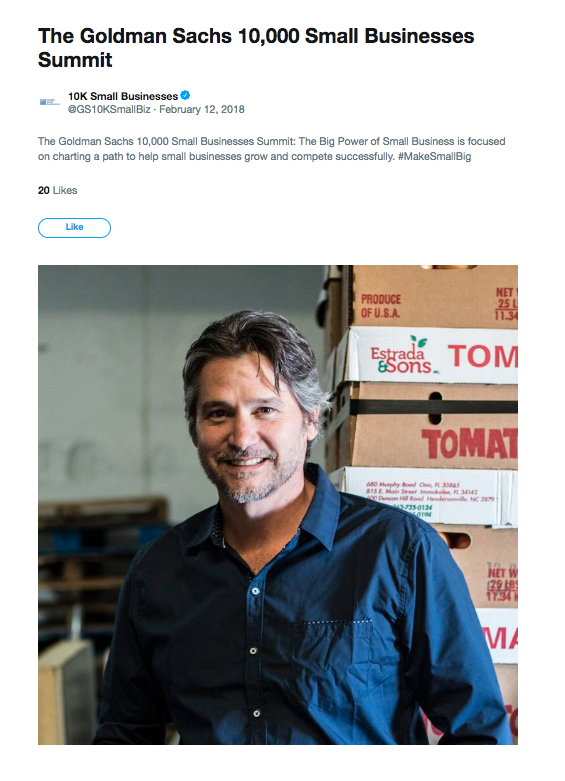 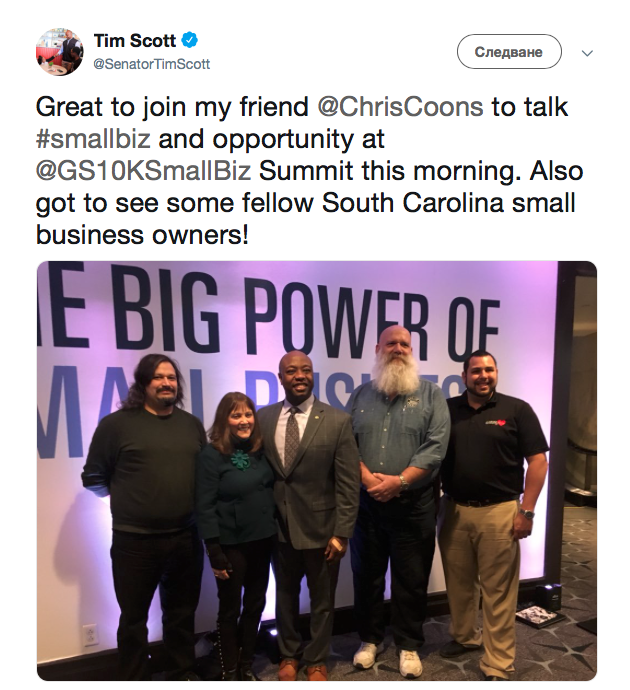 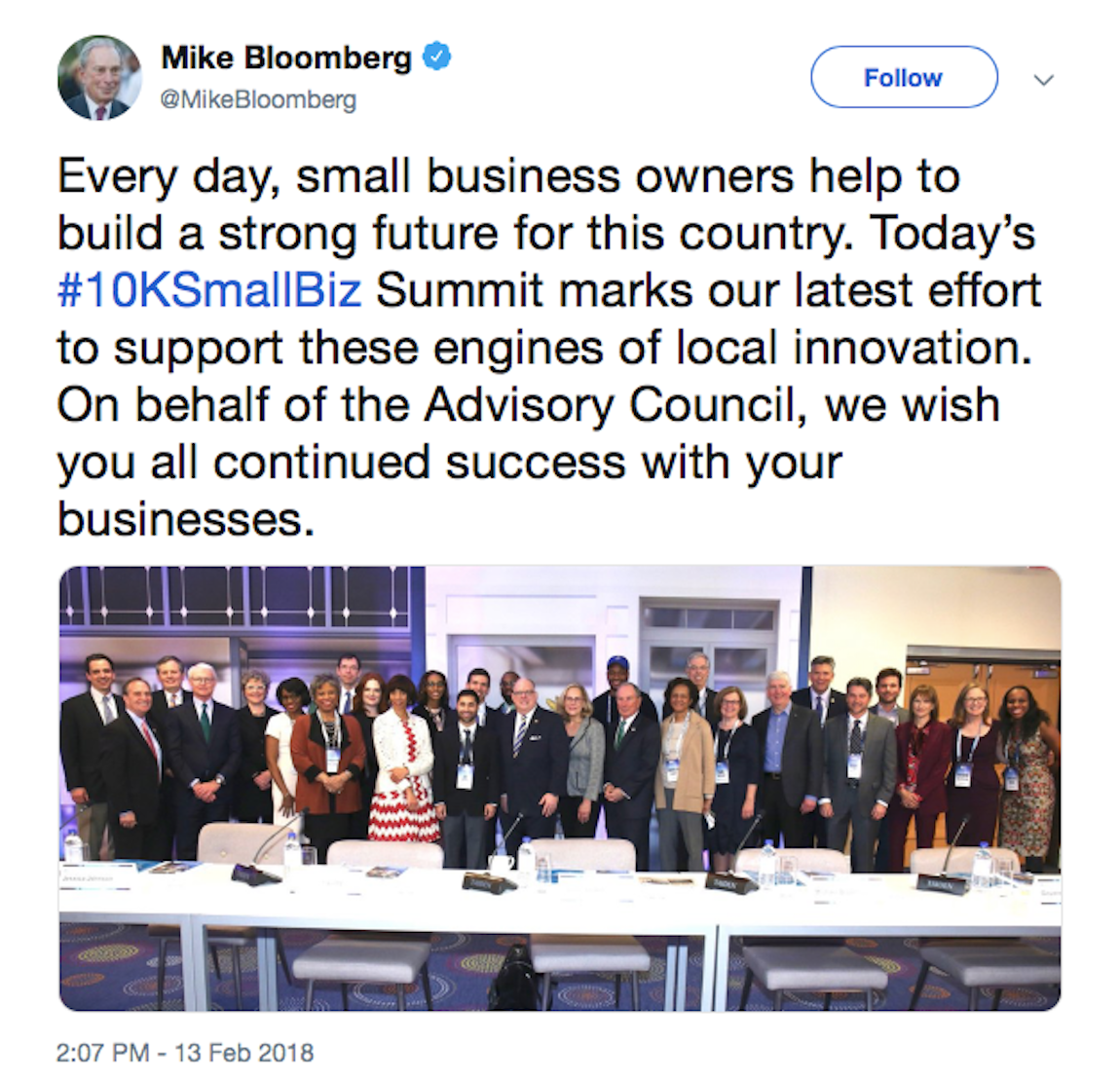