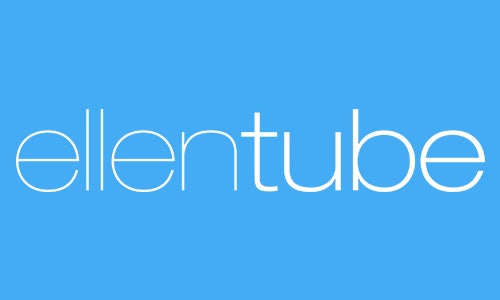 When you think of "The Ellen DeGeneres Show," you think of incredible interviews, amazing stories, and laugh-out-loud moments that leave you not only wanting more, but eager to share with family and friends. The ellentube site and app are the digital destinations that amplify that same content to users all over the world, giving fans the ability to extend the on-air experience from the television right to the palm of their hands. We want users to be able to tap into that same fun at home or on the go, especially when they're with the people they love.

ellentube is the home to celebrity interviews, music performances, and inspiring moments with everyday heroes. Our uplifting original series provide new ways for us to tell our viewers' stories and celebrate them for being just the way they are, including "Momsplaining with Kristen Bell," "Fearless with Ashley Graham," "The Build Up" hosted by design experts Anthony Carrino and John Colaneri, and more.

Fans can interact in other ways too, by uploading their homemade videos directly to the site or app. Thousands of user generated videos are submitted every day, and fans get to be part of the ELLEN world when their content is featured on the website, or even used on-air.

Ultimately, ellentube is a community that allows fans to escape and enjoy content rooted in comedy, authenticity, and kindness. Our goal is to give people an excuse to feel good. Our strategy is to make content that everybody can enjoy. Our hope is that you'll feel the same.

ellentube is built upon three main pillars: user generated content, show clips, and original series. The synergy between these three categories is what results in cohesive content for fans to consume.

Most recently, this came to fruition with in-house talent Kalen Allen. He went viral with his hilarious "Kalen Reacts" food review videos and, after grabbing the talk show's attention in late 2017, he was invited to chat with Ellen DeGeneres on-air. The clips of him on the show were enjoyed by millions — and in turn, Ellen Digital Network joined forces with Kalen to find him a home here at ellentube. With his original series, "OMKalen," his colorful and unfiltered commentary is served up to his fans every Saturday, and his show has received over 60 million viral video views across all ELLEN platforms.

We aim to create a reflection of "The Ellen DeGeneres Show" on ellentube. What makes the show so successful is Ellen's ability to make her audience feel like they're part of the conversation. It's a dialogue, and that same mentality is echoed on the site. When our audience lets us know they love something, it's our pleasure to give them more.

For example, "Epic or Fail" has been an on-air staple for years, so our team created similar "Epic or Fail" montages from user generated content, then featured the finished product on ellentube. Our audience loves to see which clip Ellen will share with them during "A Short Video to Watch While tWitch Catches His Breath," so we've created a section on ellentube where fans can watch more cute and funny videos, just like what they've seen on the show. And during Ellen's famous 12 Days of Giveaways, lucky audience members are gifted items worth thousands of dollars. For fans at home, ellentube is the sole destination to provide people a chance to win everything the in-studio audience does.

We leverage our ellentube social media accounts on Twitter, Instagram, and Facebook, to expand the conversation. Our social platforms work together to create an easy way for our team to engage with our fans, and the dialogue goes both ways. Whether we're featuring an emerging content creator or a mom whose tiny toddler can do impressive basketball tricks, we're able to connect with users on social media in a way that feels as personal as sharing a funny video with a friend.

By providing multiple platform for fans to feel connected to Ellen wherever they go, the ellentube team enables users to do more than watch what happens; we give them a place to become an important part of what happens.

ellentube is the place where fans can get their fix the 23 hours of the day that "The Ellen DeGeneres Show" isn't airing. We offer viewers countless hours of highly shareable, hilarious, eventful and fun content - and the numbers prove exactly that.

Since the beginning of Season 16 in September 2018, we have had an average of 33 million views every month, and 8.2 million average monthly unique visitors on the ellentube site and app.

The ellentube app itself has been growing exceptionally over the past few months, with 438K total downloads since September, and a total of 2.2 million lifetime downloads.

Original series continue to shine, with "Momsplaining with Kristen Bell" being our most successful series to date, garnering over 150 million organic views. In-house talent Kalen Allen's weekly "OMKalen" series has reached more than 8.3M views across the ellentube site and app.

With billions of sharable views from more than 460 countries around the globe, it's clear ellentube immerses fans in the ELLEN world and is adept at enticing them to come back for more. 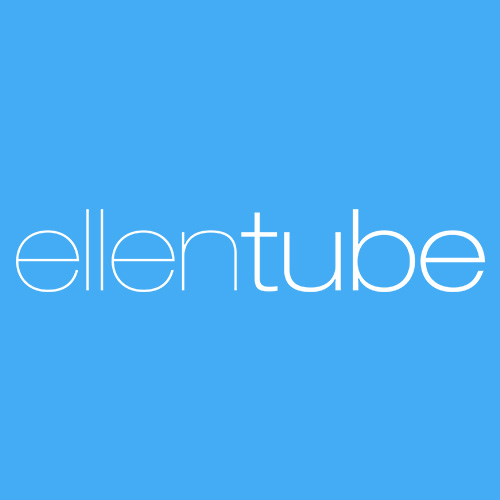