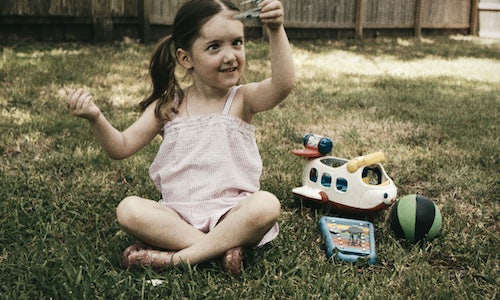 This is a story about Doors: a political ad with a $45k budget, two-day shoot and two-day edit that became a viral sensation during the 2018 midterm cycle.

It starts in Texas' 31st Congressional district. The district, based in suburban Austin, wasn't on anyone's races to watch going into the 2018 election. The district has a Cook PVI (partisan index score) of R+10 and is the home of Congressman John Carter who'd won his last three reelections by an average of 27 percent. This year's Democratic challenger, MJ Hegar was a first-time candidate with an incredible personal story, but needed a runoff to win her primary, and fundraising had only been inching along. But then, like MJ had done her whole career, she kicked open the doors and opened the floodgates of money and national attention. MJ Hegar's web video "Doors" was the viral ad of the year, catapulting her to national prominence, filling her campaign coffers with millions of dollars and putting Texas 31 on the map for Democrats in 2018.

MJ Hegar's story was already a national bestselling book and has been picked up by Tri-Star to make in to a feature film starring Angelina Jolie. It's a story made for the silver screen, and our goal was to do it justice. It would have been too easy to do a straightforward, political bio video -- lots of footage from Afghanistan, full screen photos of MJ in the air force, etc. That would have been what most political media teams would have done. It writes itself. But organizations had already done this with MJ's story. There is one video on YouTube with Diane Lane narrating that is perfectly well done. Our goal was to make something more cinematic … make something more dynamic … make a political ad no one had ever seen.

After reading MJ's book, chatting with her over the phone, and watching countless interviews and TED talks, Putnam SVP for creative, Cayce McCabe, kept coming back to the mention of Doors -- The Doors that MJ had to push through to become a female pilot in the air force, the glass door her mother was thrown through when she was abused by her father, the door from her crashed helicopter that was displayed in her dining room, the doors that were slammed in her face when she lobbied Congress to change the ground combat exclusion rule for women, and so on. So McCabe wrote a script that used doors as a metaphor to string her life story and desire to run for Congress together.

Similarly, McCabe decided that he would string the ad together visually as well, shooting the ad to feel like one continuous shot. McCabe modeled the use of Steadicam and whip pans from the movie Birdman. Finally, McCabe decided that to get a real feel for MJ's personality, and to feel connected with her, he'd have Hegar break the fourth wall during the ad and talk direclty to the viewer, instead of just narrating the entire time. Those moments in the ad are also used to kick start the spot back into high gear as it slows down, helping allow the viewer to stay interested in a three-and-a-half-minute online video.

Doors reached nearly 6 million views between YouTube and Facebook. In the weeks following it's release, MJ raised 1.5 million dollars almost entirely in small donations lower than $20 and continued to raise money from those small dollar donors over the course of her campaign. As far as measurements go, those are among the greatest ever for a campaign web video. MJ's campaign started at 48-39 for Carter in our first general election poll in July. The New York Times/Sienna poll had the race at 53-38 for Carter in the first week of October before our Television kicked into high gear. While MJ didn't end up winning, the final results were Carter 50.6 - Hegar 47.7, making the race closer than anyone could have guessed and the closest race of John Carter's career. In fact, MJ won Carter's home county of Williamson which he's represented and won since 1981.

Doors was named #17 in Adweek's Top 25 ads of 2018. Amongst the biggest products in the world, with budgets 10 times or more as big, Doors is the first political ad to ever make Adweek's best ads of the year list.

"The ad gave her campaign an immense boost in national awareness – and will be used as a role model for countless campaigns in the years to come."

"One of the best political ads I have ever seen."