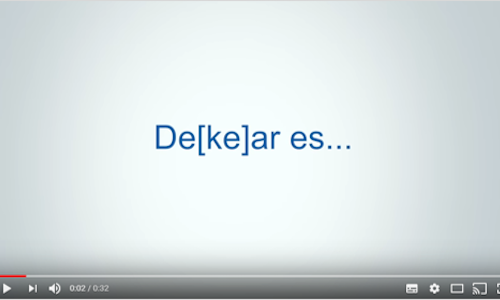 Deceuninck is the leading manufacturer of solutions for doors and windows in Europe. It's present in over 75 countries worlwide.

In the Spanish market, where the company holds a leading position in terms of sales, Deceuninck needs more brand recognition at the end of the value chain. Installers are not fully loyal to the brand and the end user does not know it.

In addition, sales in Spain come mainly from the renovation sub-sector and not from new construction. Thus, the end user is at the centre of the sales structure as the main decision maker.

The objective of the campaign was to reach end buyers for them to do a pull action -rather than a push action- with the installer.

In order to achieve this, an awareness campaign addressed to end users has been created for them to recognize Deceuninck brand.

To reach the end consumer, a main problem was faced: Deceuninck brand is very difficult to pronounce and to remember.

With the aim of improving the brand recall a pun phonetically linked to the company name was created. In a first phase the concept

Playing with "De que" we managed to get the end user to recognize the Deceuninck brand as the "Deque, Dequeuninck".

In a second phase, we evolved the concept inventing a new verb: De[ke]ar. Based on this, we created the campaign "De[ke]ar es" ("Dekear is") which represents using Deceuninck windows.

A friendly concept with a touch of humour, linked to the intangible brand attributes, and to the emotions the buyer relates to comfort, happiness, feeling comfortable at home…

The concept explains the different benefits provided by Deceuninck products to each consumer, linked to living in a happy home.

Two actions were carried out with the aim of achieving memorability and recall:

Strategy: explain through social media how people who have Deceuninck doors and windows at home live.

Name of the campaign: "De[Ke]ar es"

- Creation of a 30-second spot that explains the meaning of the verb De[ke]ar through the visualization of people in different situations enjoying their homes.

- Creation of audiovisual capsules of each character explaining how their lives have changed thanks to Deceuninck windows.

- Creation and management of a Social Ads campaign to promote the main spot and the capsules with a combined strategy of Interactions and Scope & Views.

- The digital campaign was carried out by means of:

o Teasing phase with creativities linked to the spot.

o Launch of the spot.

o Content of the campaign with capsules for each character.

o End of the campaign with the song of "De[ke]ar".

Duration: Campaign in two waves of one month each -from Monday to Sunday-

2. Sponsorship of a radio space in a prime-time program

Strategy: disseminate the keys to have a comfortable, efficient and sustainable home with the verb "de[ke]ar".

Name of the space: "Yo pienso de que" (I think of what)

Contents: 2 radio spots of 30 seconds and 16 mentions in the program

Duration: from Monday to Friday in primetime - 1 month

- Rate of reproduction of the spot vs the impacted users: 69.24%

Practically 70% of those affected have consumed the spot, therefore it has been of interest and relevant to them, achieving 1.9M of reproductions. The spot has been shown 4.2M times and we have reached almost 3m of unique users. 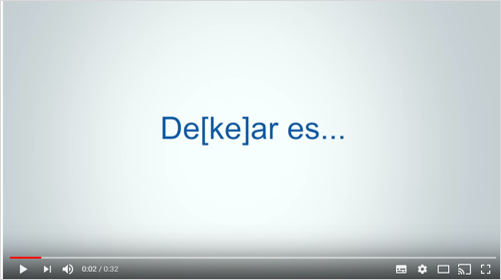