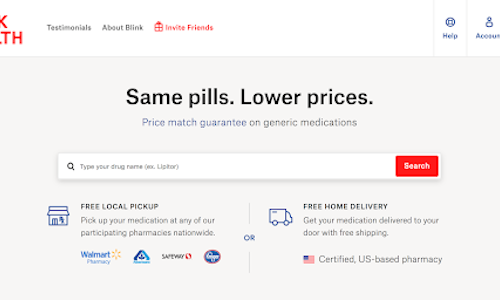 While technology has simplified nearly every facet of our day-to-day lives, the United States healthcare system--and especially the U.S. prescription drug system-- is one of the few remaining industries that has not been impacted by e-commerce. This makes prescription medications outrageously expensive for many Americans. And due to a complete lack of transparency, people don't even know what drugs will cost until they get to the register.

As the first e-commerce company to bring prescriptions online, Blink Health solves the prescription drug pricing problem in the US by offering patients amazingly inexpensive Rx prices. Blink Health first launched its app in 2016, providing discounted medications by partnering with the industry middlemen known as Pharmacy Benefit Managers (PBMs).Unfortunately, Blink quickly found that it was impossible to offer consumers the best prices on medications while PBMs were negotiating rebates with manufacturers behind closed doors and charging patients copays that exceed pharmacy cash prices for certain drugs.

In Spring 2018, Blink reimagined its business and created the first ever Open Access Prescription Platform, instead using its own patented technology to completely bypass PBMs, increase transparency and significantly reduce prices for consumers. The company has also created its own network of over 35,000 pharmacies, enabling customers to pick up their prescriptions while also offering the convenience of home delivery.

Since the app launch, hundreds of customers have submitted video testimonials sharing how Blink has impacted their lives, in big and small ways. In 2019, Blink launched its "Amazingly Inexpensive" campaign featuring real patients who have discovered shockingly affordable prices for their prescriptions on the Blink Health app. See examples of select Amazingly Inexpensive videos here: http://bit.ly/2RGFYcB.

More than half a million people have purchased their prescription drugs through Blink Health. With Blink, customers save up to 80% compared to CVS and Walgreens retail cash prices of drugs when purchased without prescription drug coverage.

Blink Health has more than 35,000 pharmacy partners on its Open Access Prescription Platform, and they include Walmart, Costco, most major grocery chains and thousands of independent pharmacies around the country. The magnitude of the pharmacies on the platform is staggering: Blink has more pharmacy partner locations than the number of McDonald's, KFC and Starbucks in the U.S., combined. With its Open Access Prescription Platform, Blink gives Americans in every community convenient access to the lowest prices for their prescriptions. 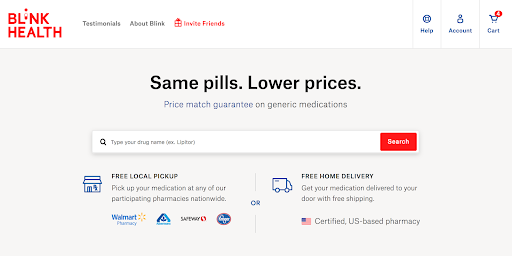