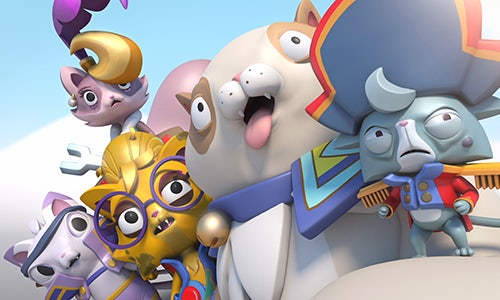 The objective was twofold – introduce a new, all-ages audience to the delightful antagonists of Super Lucky's Tale while generating buzz ahead of the game's release through an impactful social media campaign. This playground platformer from Xbox follows a curious and ever-optimistic fox named Lucky as he undertakes a quest to protect the fabled Book of Ages from the nefarious feline Jinx. Accompanying Jinx is his litter of five mischievous kittens: Tess, Master Mittens, Lady Meowmalade, General Buttons, and Colonel Fluffy. To accomplish everything we wanted, we hit the ground running to create bite-sized pieces of social content aimed to get the audience familiar with these six new characters.

Infusing each character's charm and personality in a series of humorous, tone-consistent whimsical vignettes? Easy.

Doing each one in just 15 seconds? Harder – but far from impossible.

A robust team of animators and CG experts got to work, inheriting a low rez game model from the game developer and spending up to three weeks to prep each character for production. In the end, each character asset traveled through a team of six specialists ranging from modeling to fabric simulators to facial rigging before any animation was started.

Since this campaign was social first, each video we created was designed to work in both 16:9 and 1:1 aspect ratios. This brought additional challenges. For example, what looks good on 16:9 might not necessarily look good on 1:1 and vice-versa. Through smartly composed compositions, clever pan-and-scans (a technique that narrows the aspect ratio of widescreen to fit a square shape by selecting the portion of the original picture with the most significance), and early planning, we were able to seamlessly present these in various formats and platforms.

Once each character vignette was released, one per day over the course of a week, the Launch Trailer was dropped. This final beat blended engaging gameplay and the brand's signature humor through a brief narrative showing that, as naughty as they are, even these kitties can't resist chasing something shiny.

By the end of the campaign, our Super Lucky's Tale content was able to generate over 20 million impressions, 3.4 million engagements, and 2.1 million views, all by leveraging a comprehensive media strategy that targeted both teens and core Xbox fans. Furthermore, by optimizing the Preview component on Instagram, media was able to double the volume of impressions, views, and engagements across the teen audience ahead of launch. Well done, Lucky! 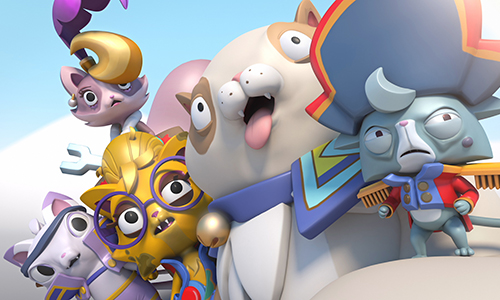 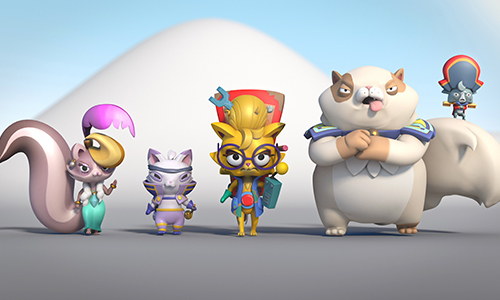