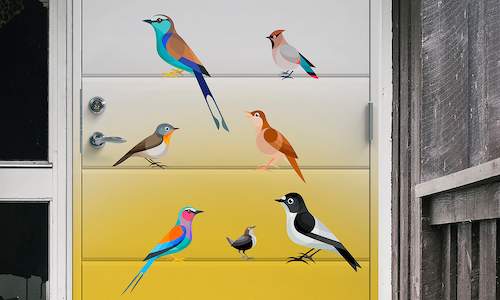 Which door suits your life?

Selling front doors is a challenge. It's a product you rarely buy. Maybe only once in a lifetime. And often on the recommendation of others, such as a carpenter or a reseller. The knowledge about what differentiates the different suppliers is also low, which makes the price crucial.

For Diplomat, one of Sweden's leading door suppliers, we faced a challenge: How do you make people start thinking about buying a new door? And how does the brand distinguish itself with a limited budget against the broad target group homeowners?

Diplomat's competitors use functional, rational or design arguments. But with Diplomat's doors, the customer has the opportunity with endless choices and color selections. And in contrast to its competitors, they therefore have the ability to manufacture doors according to the customer's wishes. With a new concept, "Which door suits your life?", we therefore decided to reposition doors as an opportunity to highlight your own creativity and by that also embraced the growing trend to put your own touch on your home.

For our first campaign, our target group were encouraged via social media to share an image of their existing front door. We also asked them to describe what they'd like instead of their existing door. And since digital configurators and apps doesn't produce good enough results, we got our own agency's top designers use Photoshop to create people's "dream doors" in real-time. Then we posted the results on social media and on a website for the public to vote for. In the end, one winner got the the door produced and installed in their house by Diplomat.

But that wasn't the end. As a next step, we used the most creative contributions and made the dream doors and the people behind them heroes in our next ads. Serving as inspiration, Diplomat asked which kind of door would suit your life?

The campaign exceeded our expectations and showed that it's possible to create engagement for a forgotten and rational interior detail like the door. We have made people see the door with new eyes and positioned Diplomat as the door manufacturer that welcomes diversity and expression.

Sales targets: The sales rate has more than doubled since the campaign started, which means we have exceeded our target by 133 %. Diplomat doors also sell more expensive doors, a result of more specialized doors ordered.

Traffic to site: Traffic to diplomatdorrar.se, their site, increased by 66 % during the campaign period.

Door competition: During the week the competition ran, nearly 6 000 people visited our competition site and 133 lucky people received their own dream door created by our designers, which exceeded our high set goals by 166 %.

Video for Which door suits your life? 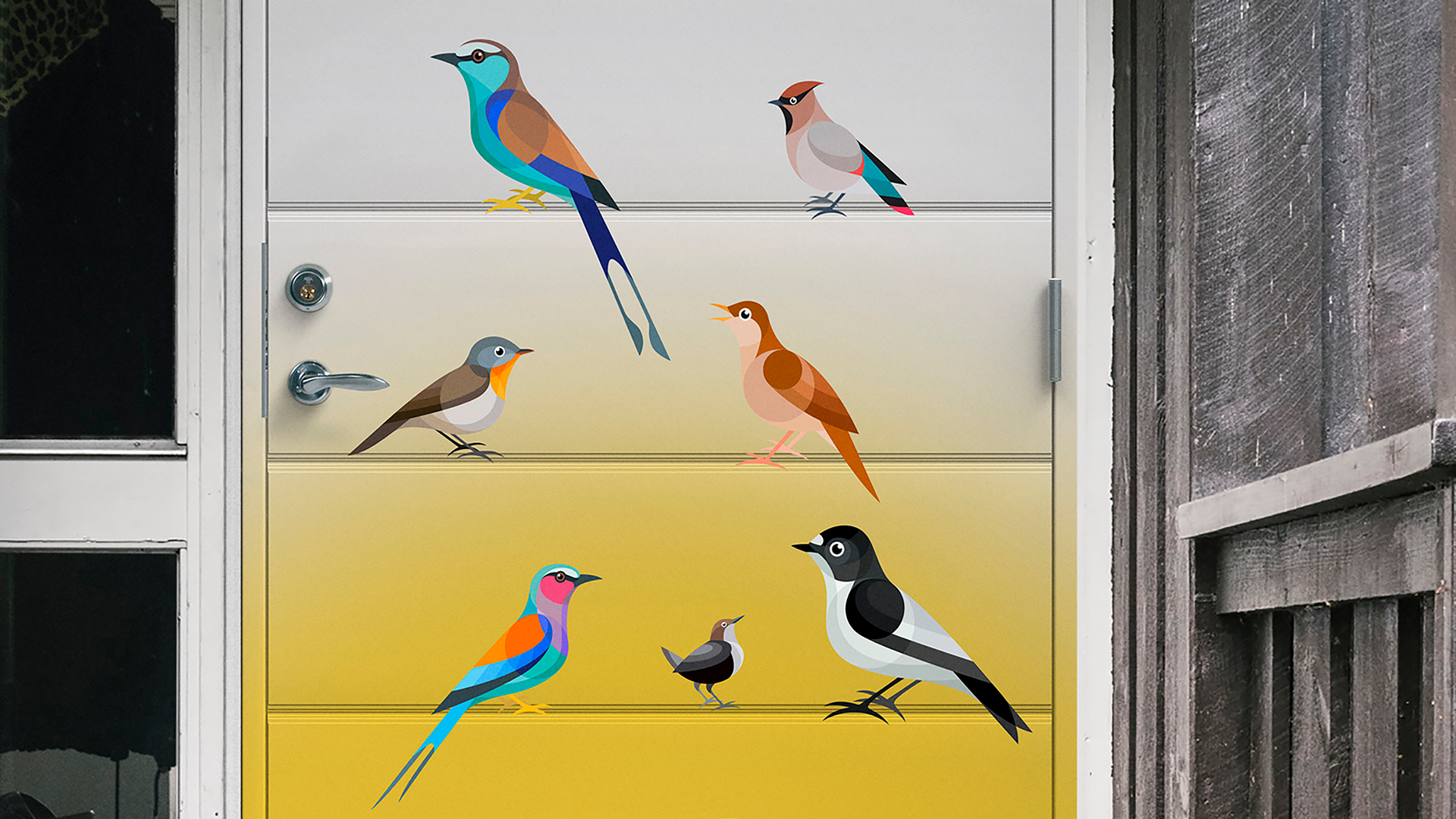 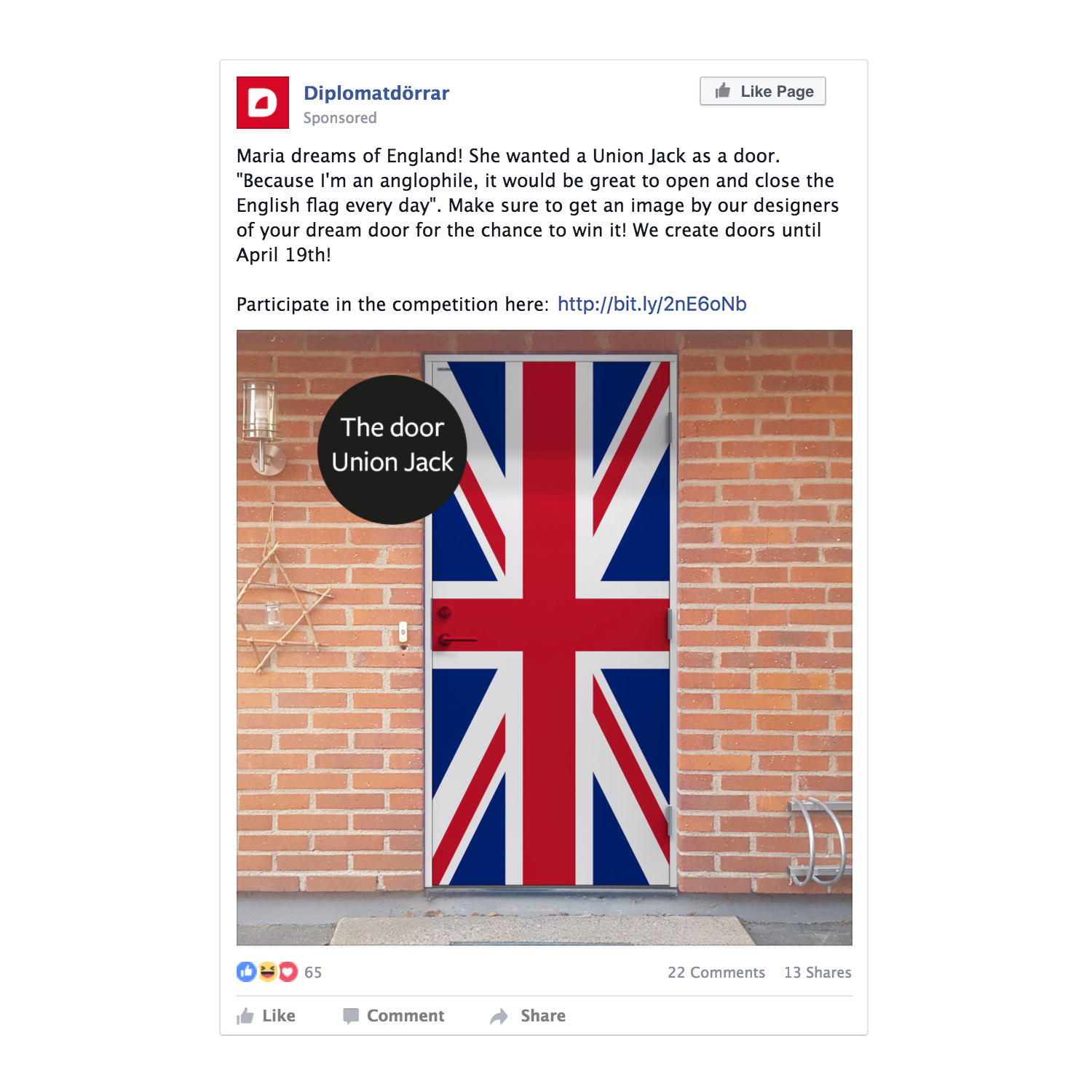 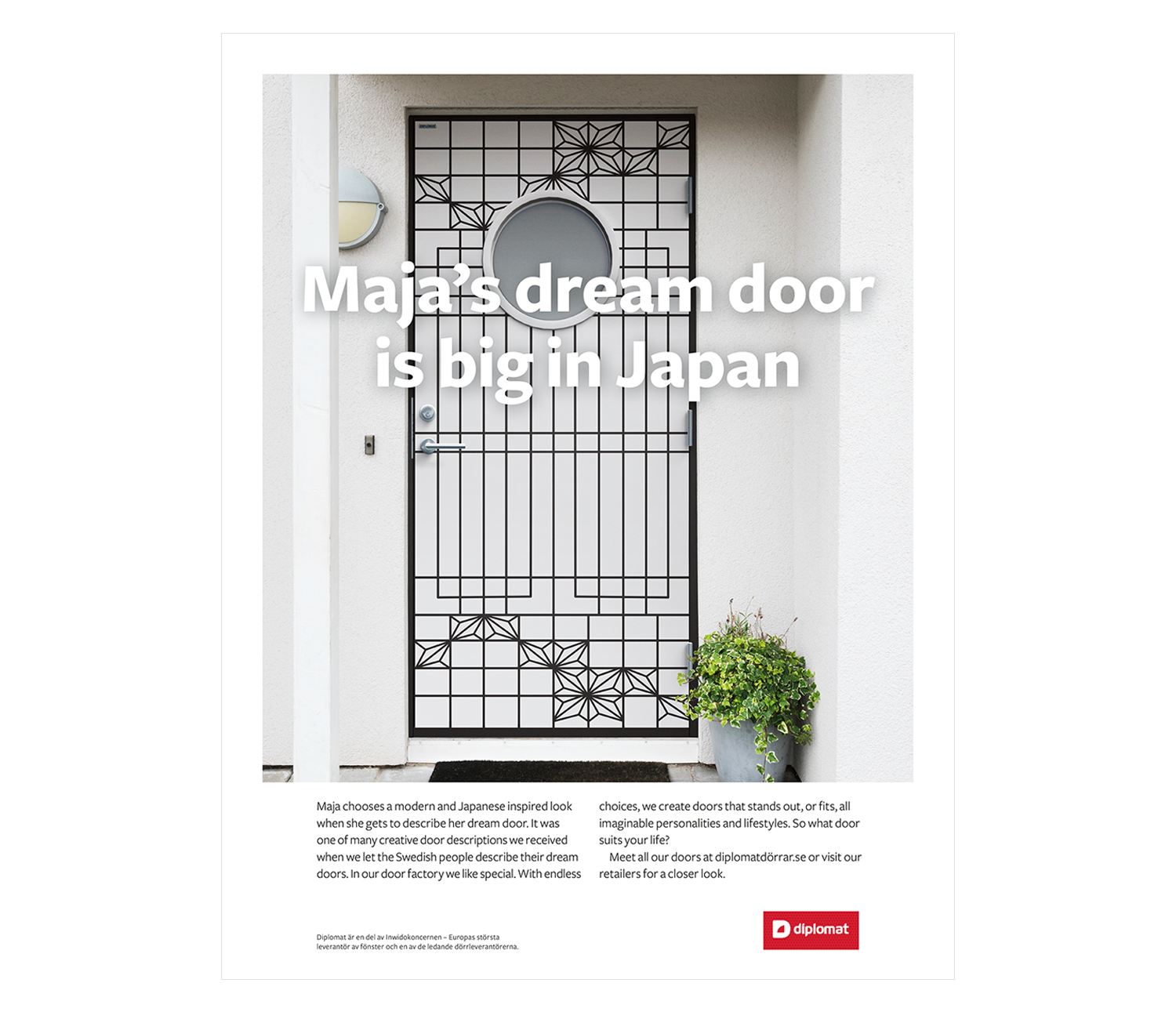