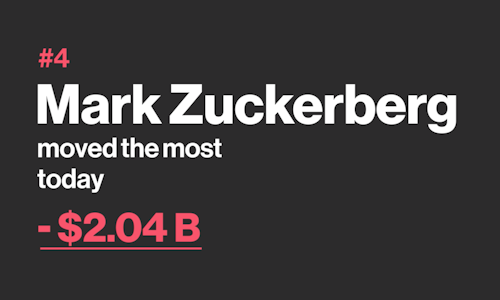 Bloomberg has data that no other news organization has access to, and we're always looking for ways to make that web and social-friendly. An example of this is our Bloomberg Billionaire Index, tracking the world's 500 wealthiest people. The Index is available online on a dedicated landing page, which was redesigned in 2017. As part of the relaunch, we wanted to find a way to showcase the data on a daily basis for the launch of the redesign in a way that was both interesting, true to our style as a news organization, and fun!

In 2017 Bloomberg partnered with Illo to create an automated data-driven video campaign that tracks the world's richest people. The videos pull their data directly from proprietary technology developed for the Bloomberg Billionaires Index, a daily ranking of the world's 500-weathiest people.

Everyday after the U.S. market closes a video is generated highlighting which Billionaire gained or lost the most that day. Since a billionaire's wealth can be a little overwhelming, the video helps put it in perspective by comparing it to something like U.S. GDP or barrels of crude oil.

These Billionaires videos have become a daily feature across our flagship social accounts.

We've been able to surface them as an addition to the social conversation when news breaks about any particular company, industry, or big-name billionaire. When Facebook announced it's massive news feed changes, Facebook stock tanked and Mark Zuckerberg lost several billion dollars. Not only did we have a story written to share, but we had a visual element, the daily mover's video, that let us illustrate the story in a different way. 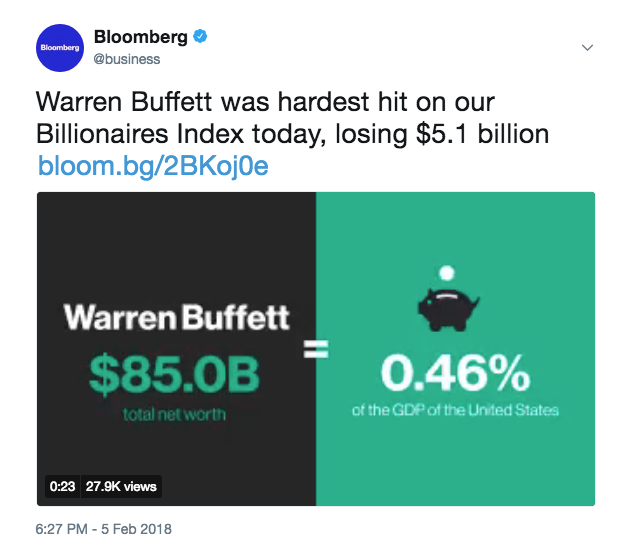 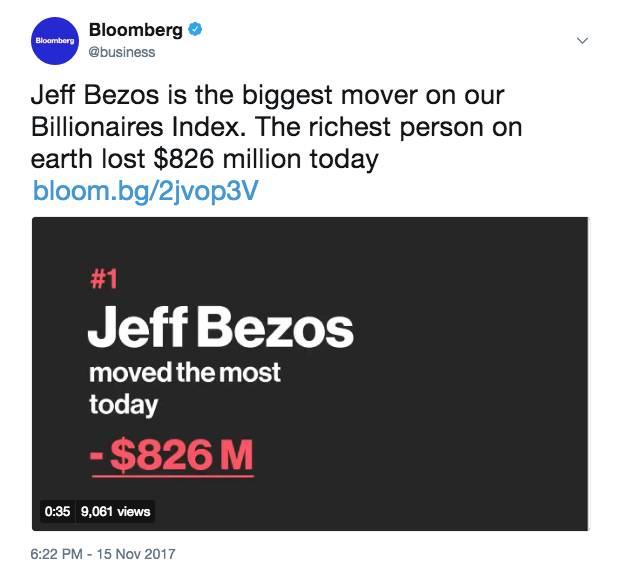 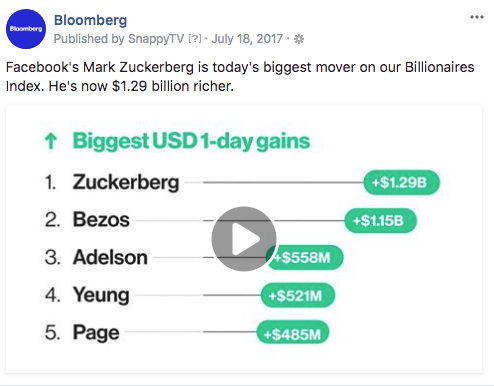 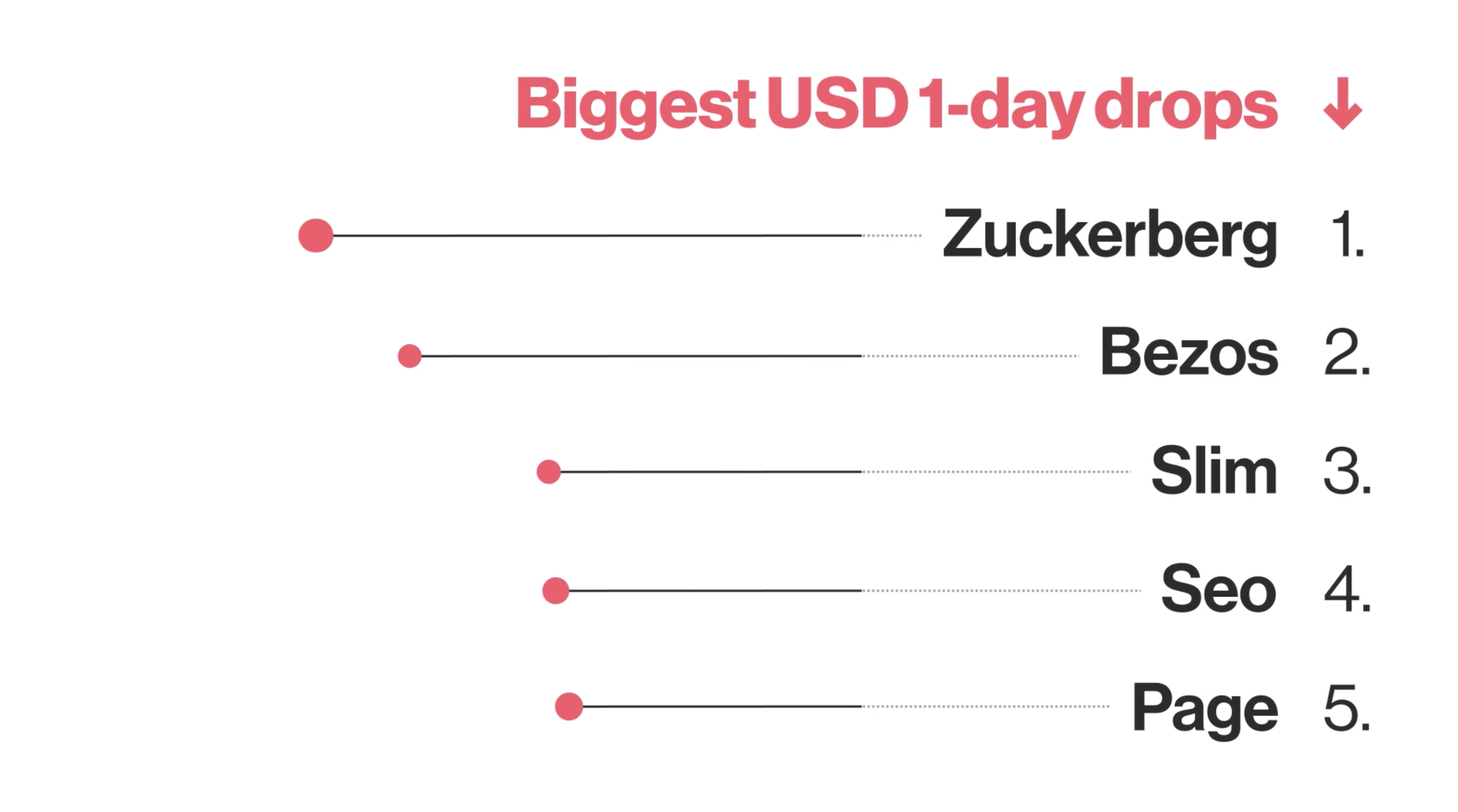 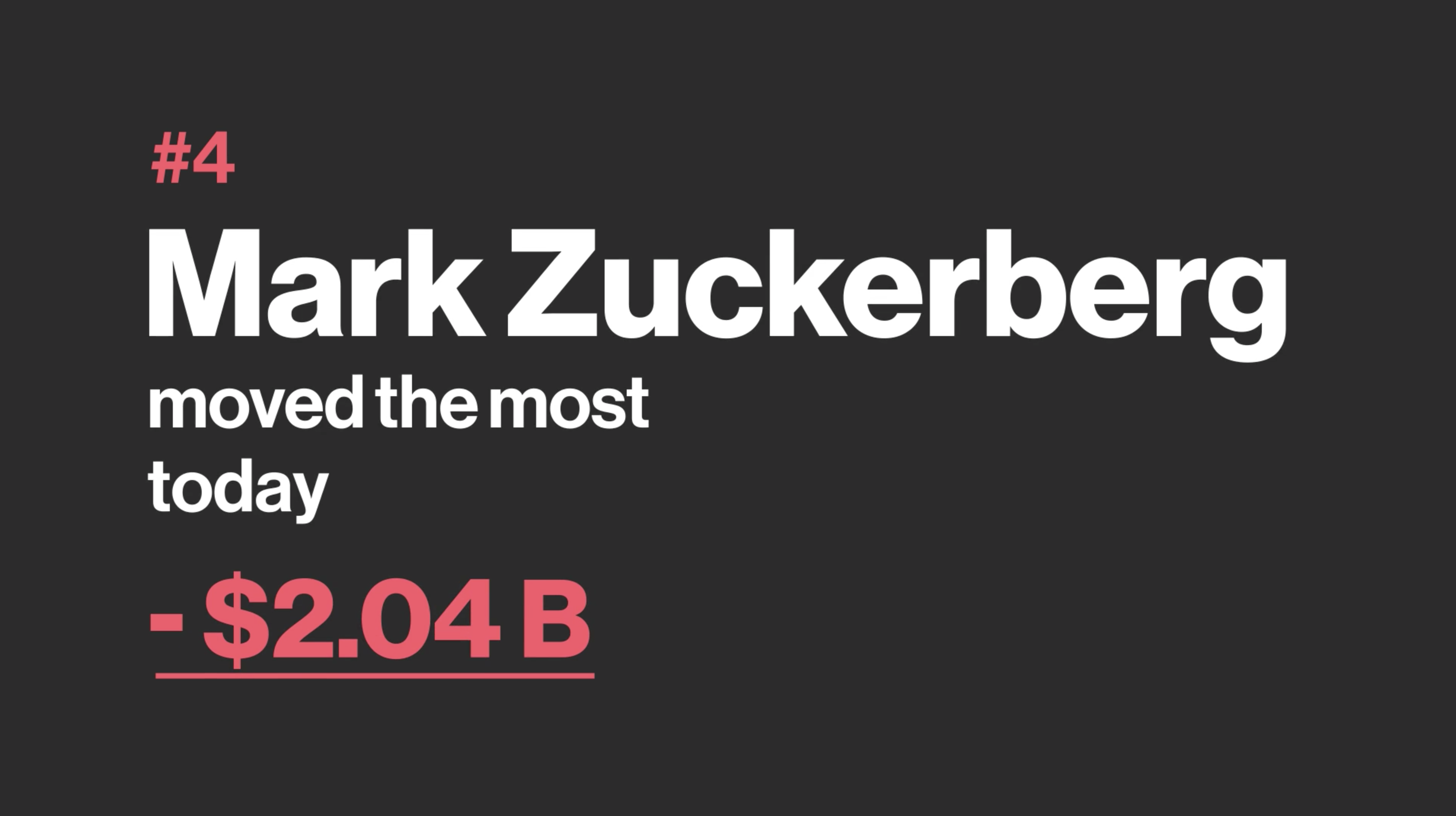