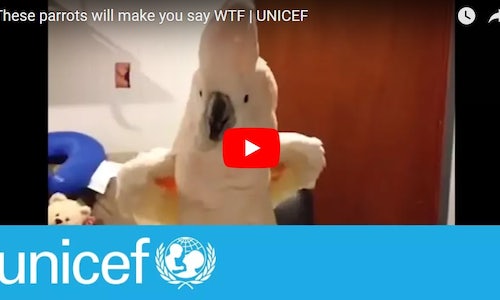 These Parrots Will Make You Say WTF

A study commissioned by UNICEF uncovered that 1 in 4 children are exposed to violence in the home. Floored by this staggering fact, we set out to raise awareness, teach people to recognize the signs and encourage behavior change with our 2017 "End Violence Against Children" campaign.

A simple idea: if a parrot can remember what happens in an abusive home, imagine a child.

Studies show parrots have intelligence levels on par with children; they not only to mimic what they see and hear, but actually comprehend the context behind those words and actions.

Within the first 48 hours…

The video was organically seeded on UNICEF's social channels. Due to profanity, some outlets didn't want to hyperlink the video content, simply leveraging frame grabs instead. We were also limited to organic vs. paid social postings.

Despite these restrictions, the "Cursing Parrots" video enjoyed tremendous success during launch week

In the end… many people were reminded of how impressionable young minds can be, taught to recognize the signs and encouraged to speak up.

Video for These Parrots Will Make You Say WTF 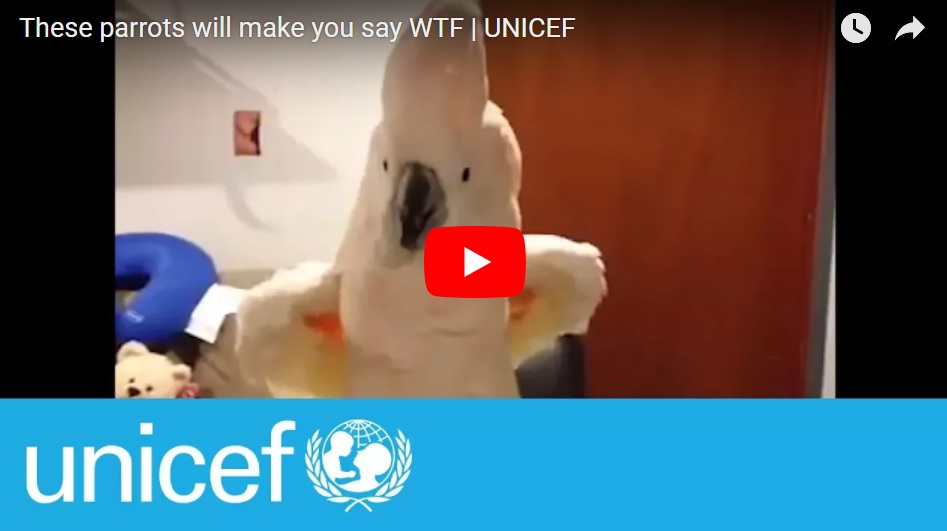