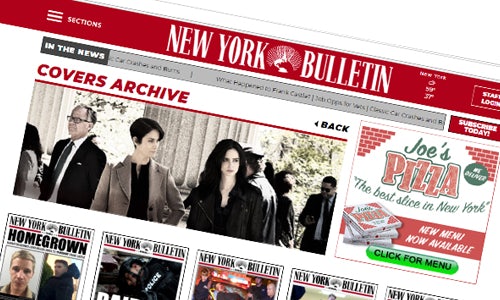 Tumblr continues to be a fan-driven medium. How does one layout easter eggs and world-expanding content organically?

The Defenders' Tumblr extended the in-world newspaper seen in each of Netflix's Marvel shows into an easter-egg laden digital destination full of articles relating to the events of the shows, tabloid front pages seen in the individual series, original in-world video content, and much more. A one-off reference to a pizza delivery place got a banner ad on the site redirecting to the take-out menu, with a working phone number where fans left voicemails ultimately used in a commercial. The day before launch, a Midtown high-rise posted a "Now Leasing" ad (which was promptly revised to "No Longer Available" when the building was destroyed on the series' climax). For Punisher, a viral easter egg seeded via Daredevil's social channels enabled eagle-eyed fans to access the newspaper's backend to discover a treasure-trove of conspiracy content.

Each site update drives countless articles on fan sites as superfans dissect and explore the latest edition of their favorite, fan-first Tumblr. The New York Bulletin launched with The Defenders, updated throughout The Punisher, and has no plans for slowing down through the new seasons of Netflix's street level vigilantes. 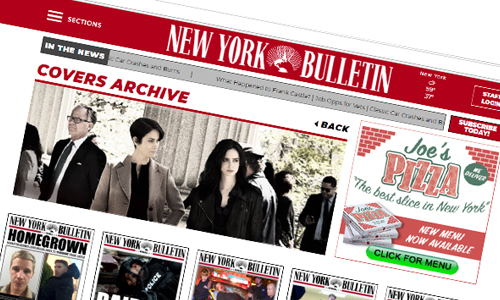