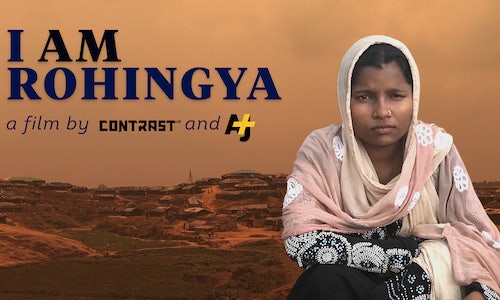 I Am Rohingya by Contrast VR

The Contrast VR team traveled to Cox's Bazar, Bangladesh, in May 2017 to cover what was at the time an underreported refugee crisis. There they witnessed an overwhelming number of refugees; four months later, the numbers had tripled. According to Amnesty International, at least 80 inhabited sites in Myanmar's northern Rakhine State have been destroyed by Myanmar's security forces, with entire villages burned to the ground. Since August 2017, hundreds of thousands of Rohingya people have fled Myanmar to Bangladesh. Eighty percent of those fleeing were women and children, and many were injured.

Contrast VR aimed to immerse viewers in the plight of persecuted minorities in a refugee camp, and to connect audiences with the issue on a deeper level, while capturing in detail the environment and circumstances of the Rohingya people. I Am Rohingya would be the studio's first original documentary, and the first VR documentary filmed in a Rohingya refugee camp in Bangladesh.

Contrast VR collaborated with AJ+, Al Jazeera's Media Network's digital offshoot, to combine journalistic storytelling with compelling VR content. They centered I Am Rohingya around Jamalida Begum, one of hundreds of thousands of Rohingya Muslims who are in limbo, unable to be resettled or return to their homes. Viewers are able to accompany Jamalida inside her tiny home, ride with her in the crowded camp, and experience a first-person account of a refugee stranded in a foreign land. The film also weaves animations into the immersive content, illustrating Jamalida's moving flashbacks as she recounts her memories of fleeing violence in Myanmar.

I Am Rohingya was set to premiere at the Rio International Film Festival and Vancouver International Film Festival in October 2017, but the team decided to release the film early in September 2017, in consideration of the new waves of Rohingya refugees flooding into Bangladesh. People were hungry for news about the Rohingya, and the team had a documentary about the urgent issue that needed to be distributed widely.

After Amnesty International caught wind of the film from a Medium blog post, they approached Contrast VR to co-release the film. The organizations decided to partner to publish it across their social media channels. I Am Rohingya's full-length film was released on AJ+ and Vimeo, and shared across Al Jazeera English (AJE) online, Contrast VR, and Amnesty International.

This led to a follow-up effort in which Amnesty International partnered with Contrast VR to revisit Bangladesh in October 2017 for a second VR film on the Rohingya refugee crisis called Forced to Flee, published in December 2017.

I Am Rohingya was published across AJ+, Al Jazeera English, Contrast VR, and Amnesty International, and resulted in over 1.5 million views.

I Am Rohingya has been shown/will show at:

RAW in WAR recognized Jamalida Begum of I Am Rohingya as a "Brave Voice Refusing to be Silenced" during their awards ceremony in London.

"...Jamalida Begum played a significant role in drawing the world's attention to the grave human rights violations being committed against the Rohingya population. She...joins a growing RAW community of women survivors and activists who speak out against atrocities...in conflict zones around the world." – RAW in WAR

Contrast VR and Amnesty held individual meetings with members of the UN Security Council in February 2018, showing each member the film and then presenting a list of recommendations on how to best respond to the crisis.

"It was very powerful material. It's one to thing to hear about it, and it's another thing to see it with your own eyes." – Piotr Zawieja, Second Secretary of Poland

Video for I Am Rohingya by Contrast VR 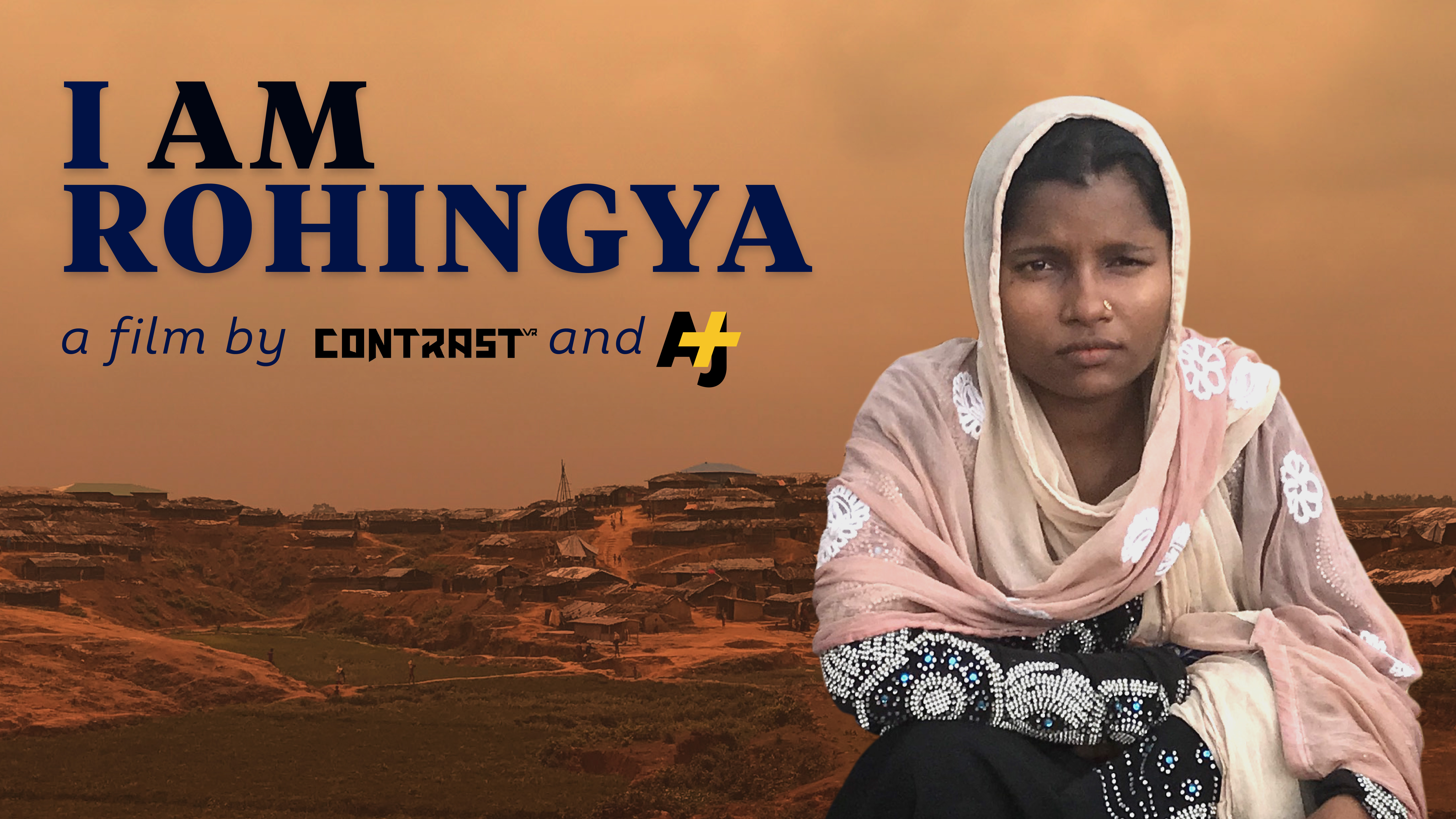 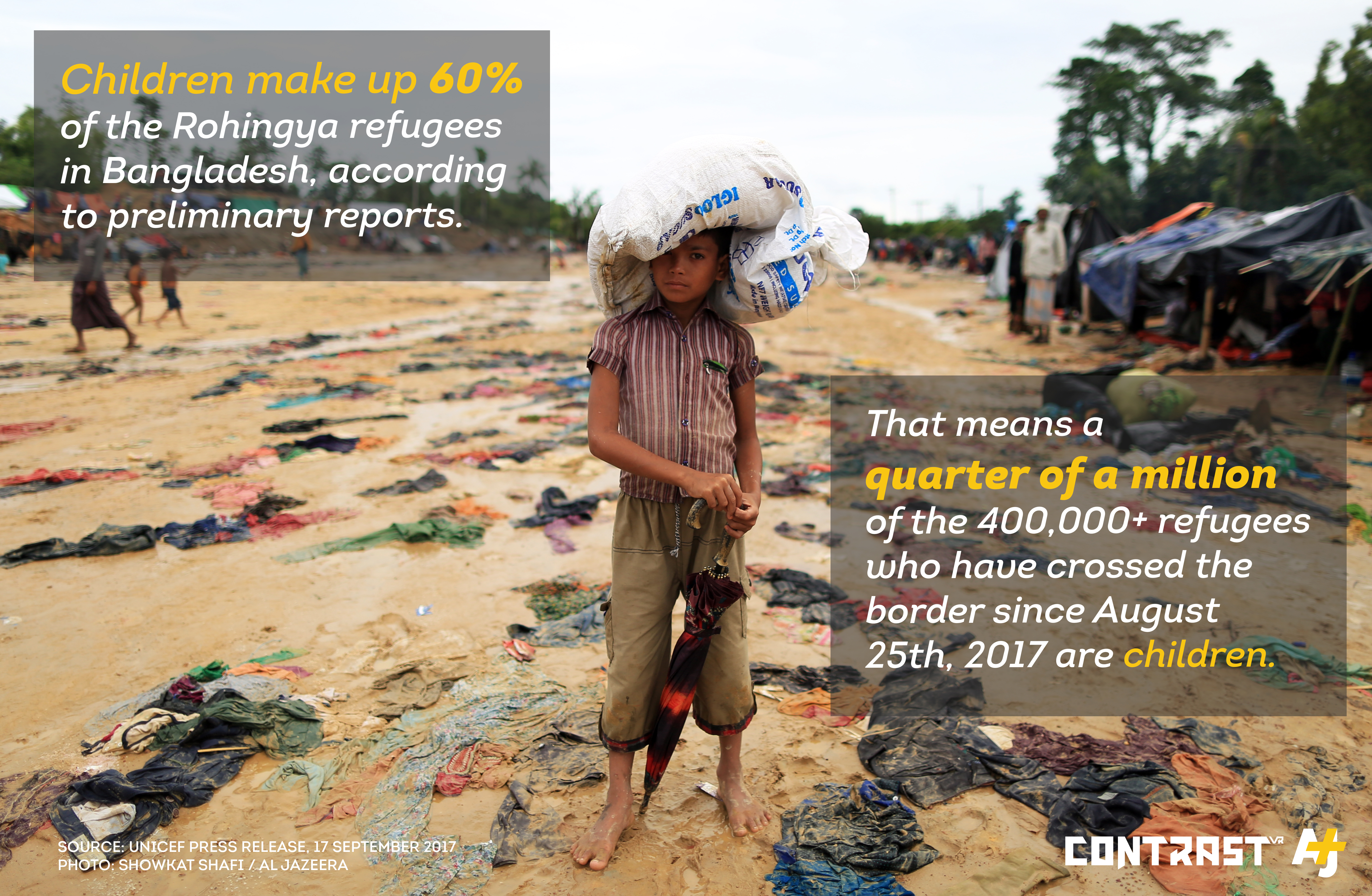 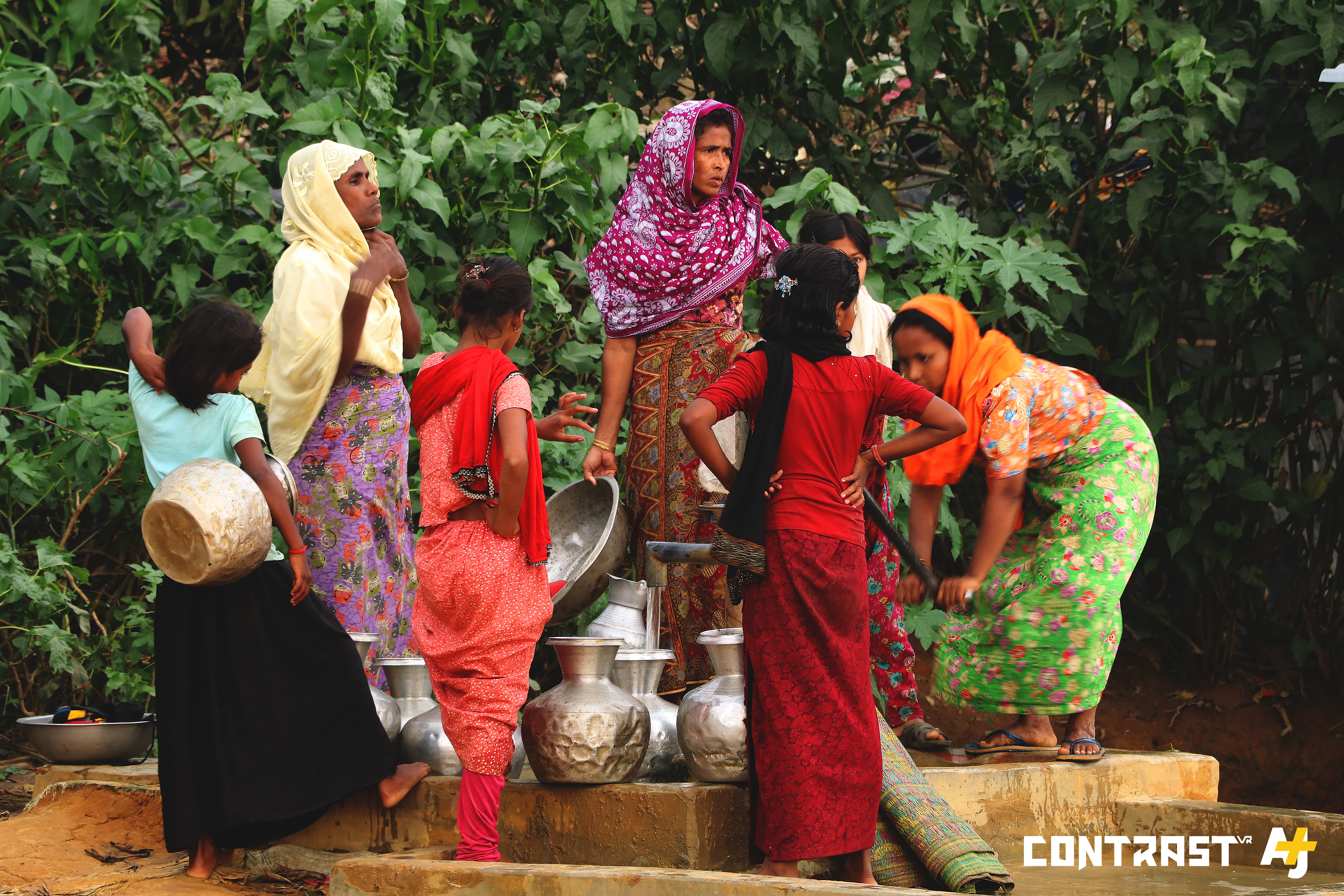 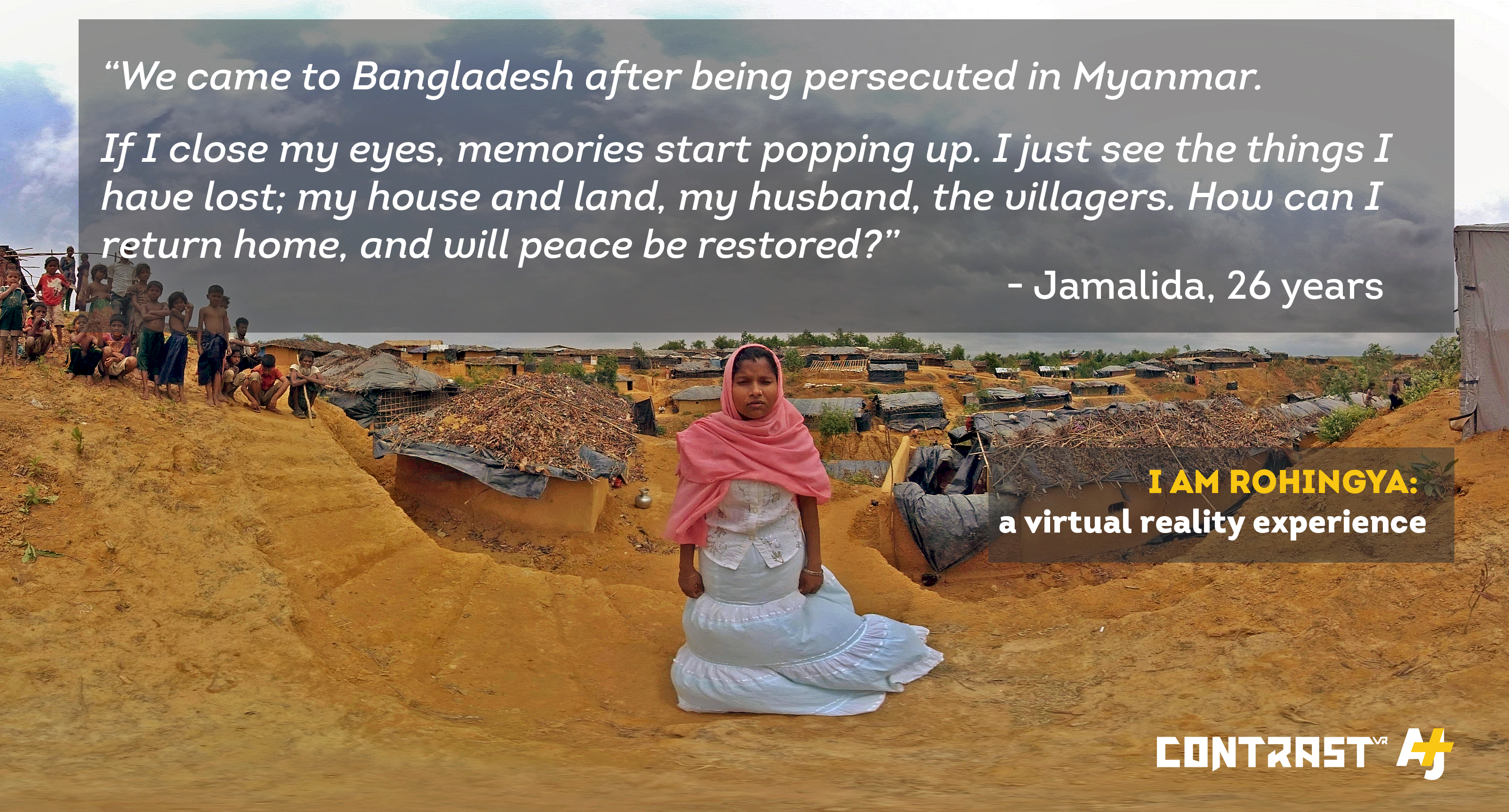 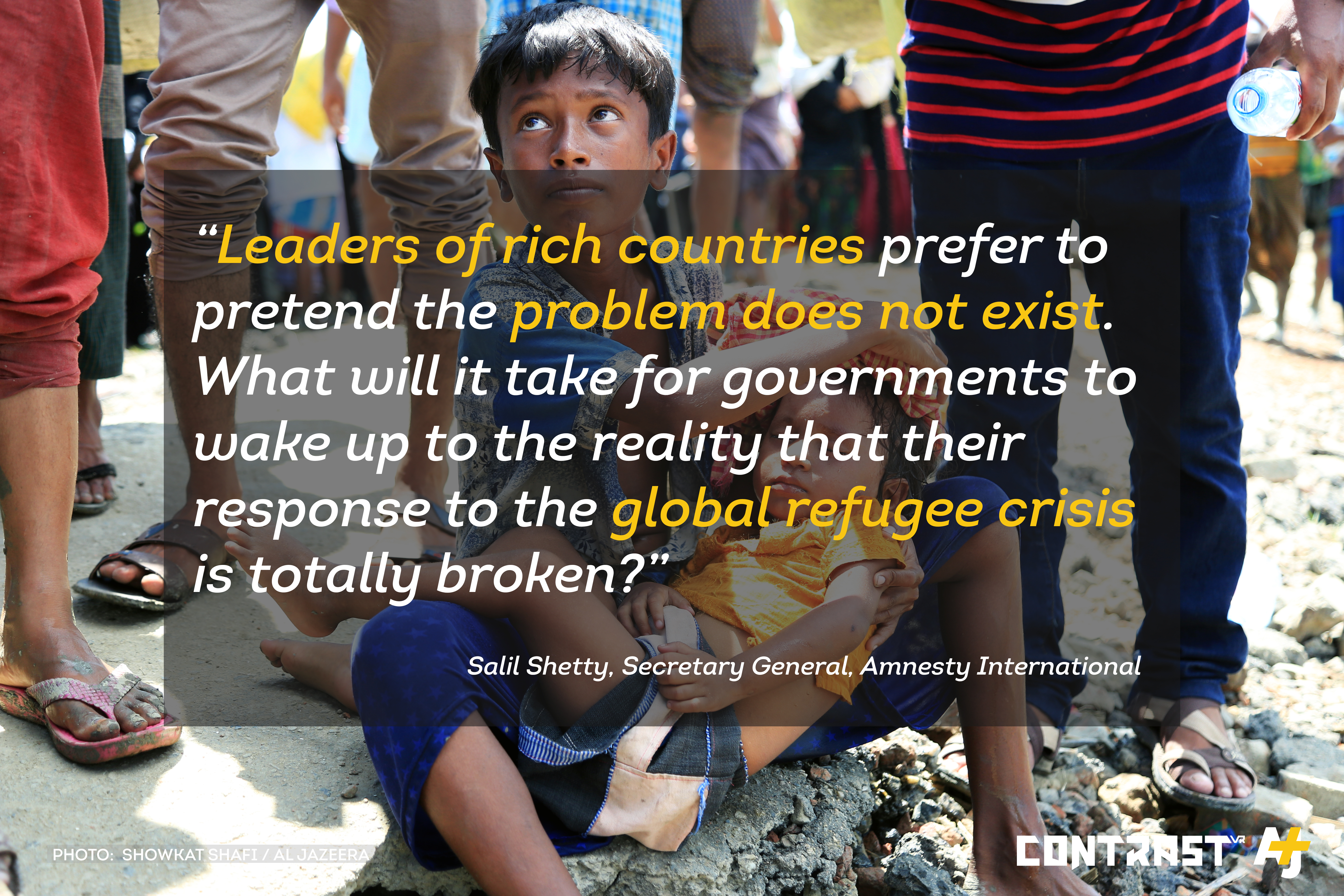 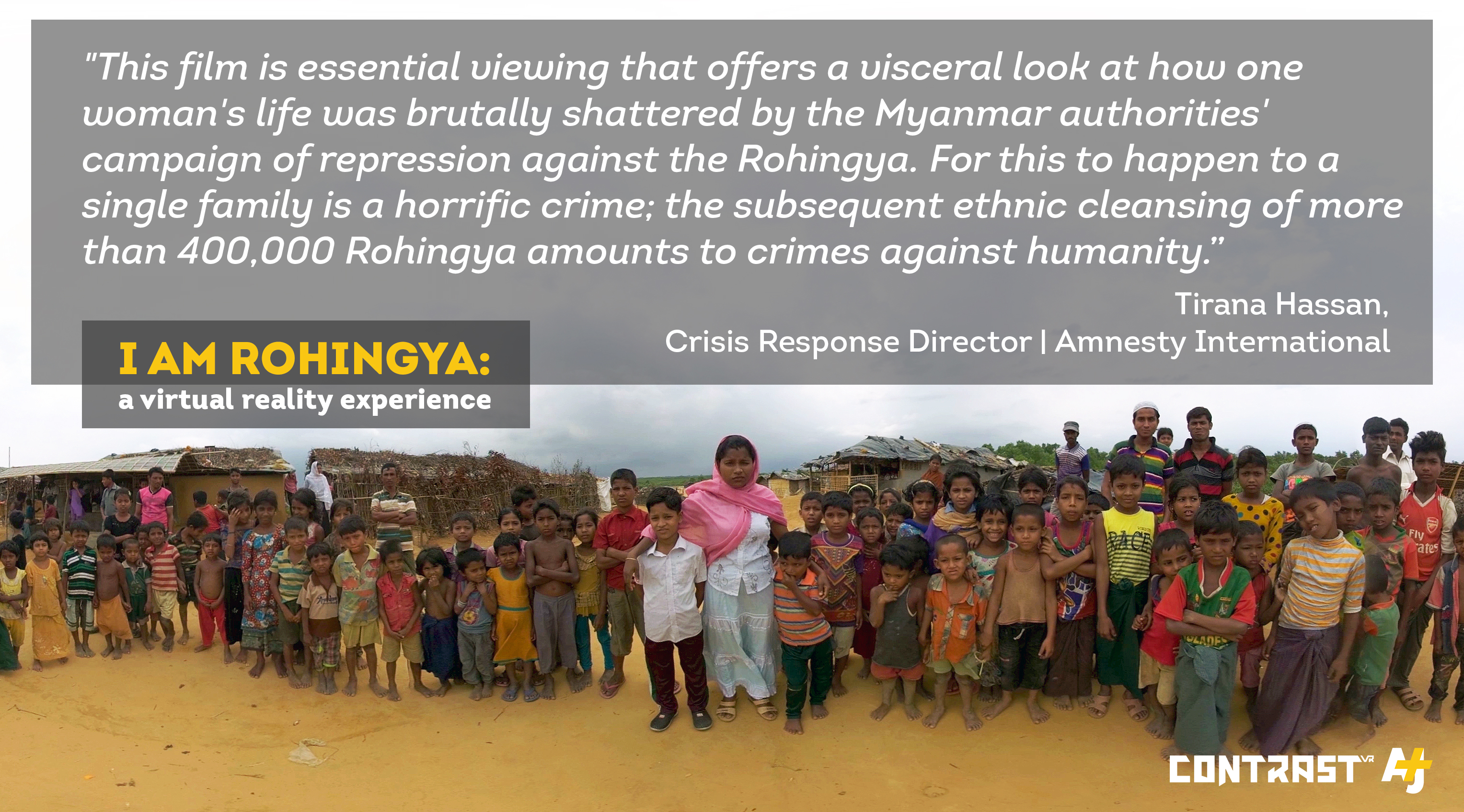