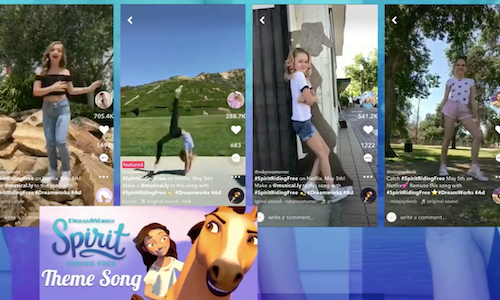 DreamWorks partnered with Digital Media Management to promote the release of Netflix's new animated series, Dreamworks Spirit Riding Free. The goal was to generate buzz and excitement among young girls in the days leading up to the show's release.

Created as a multi-platform campaign, it was perhaps the use of Musical.ly that was most influential in encouraging tune in for Dreamworks Spirit Riding Free on Netflix.

Recognizing the growing popularity and impact of Musical.ly among the target demographic of young girls and millennials, Digital Media Management made the platform a key component of the campaign. Armed with the show's catchy theme song and the popularity of Musical.ly's dance videos, Digital Media Management engaged four of the social network's stars, Danielle Cohn, Nadia Turner, Ruby Rose Turner, and Jayden Bartles to create dance videos to the show's theme song.

The Dreamworks Spirit Riding Free campaign reached over 34.4 million with over 2.6 million engagements. Additionally, there were over 4.3 million combined video views.

The Musical.ly videos received over 1.7 million views. Additionally, their videos activated fans to create, film and post over 700 dance videos choreographed to the show's catchy theme song. The fan-generated videos also gained tens of thousands of views, resulting in greater awareness for the Dreamworks show. 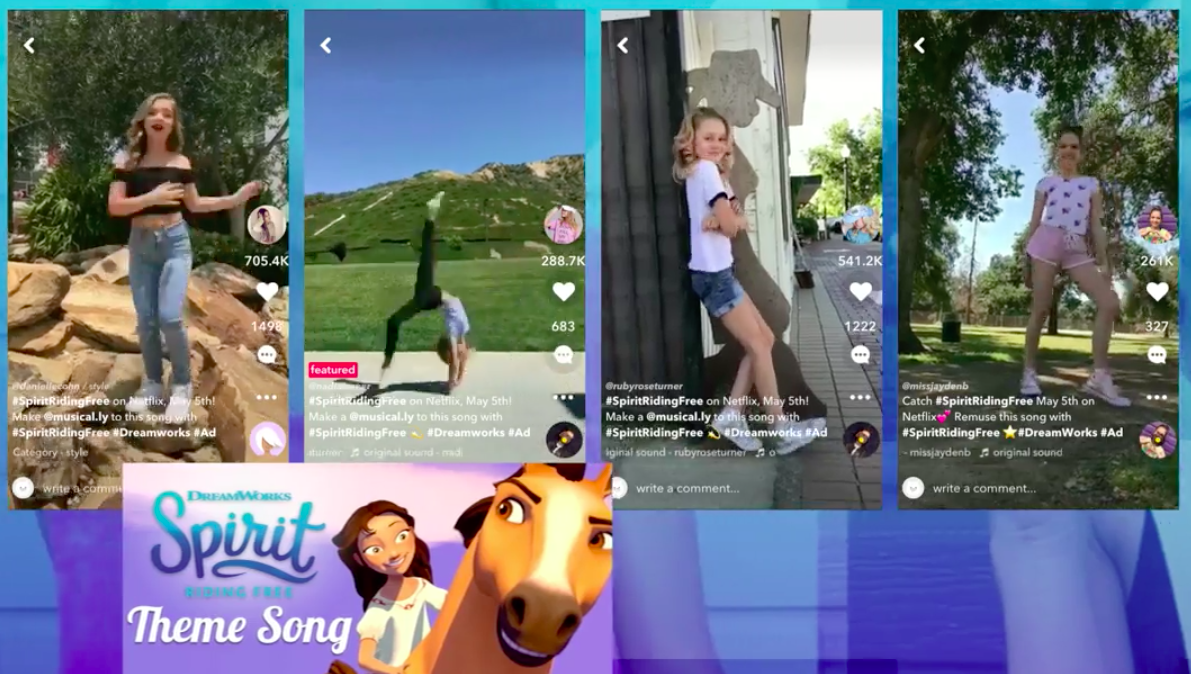