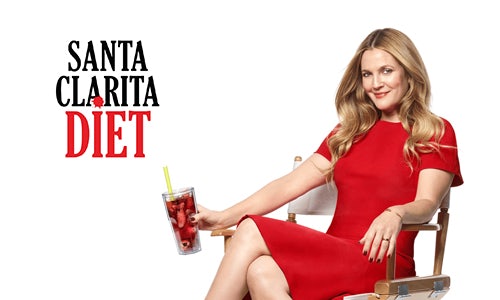 A new year means a new you, and what better way to kick it off than with a new diet?

In early 2017, a hot health trend rocketed onto the scene: the Santa Clarita Diet. The protein-packed plan featured only one food group–humans–which, admittedly, is a bit of a tough sell. To promote this unconventional concept, we enlisted America's sweetheart, Drew Barrymore. In an ad debuting during the Golden Globes, Drew breezed onto screens across the country, resplendent in a stunning red dress. She confidently professed her love for the plan, touting her weight loss, vitality, and soaring sex drive. With interest piqued, she took a juicy bite of bloody flesh, while reassuring audiences that she only eats jerks who deserve it. Sure, the dribble of blood on the side of her lip was a bit unnerving, but who can argue with success? Drew has been a mainstay in American culture since childhood, and her influence can't be overstated. Between her reassuringly familiar face and undeniably sweet voice, Drew was the ideal candidate to convince people to eat people.

And while the Santa Clarita Diet did not set off a wave of cannibalism amongst the suburban mom set, the commercial did ultimately debut the real product: a brand new Netflix show starring Drew and Timothy Olyphant. The next day, the attention-grabbing spot made the rounds, with Adweek proclaiming that Santa Clarita Diet, "stole the show with the night's best ad." Selling a diet that requires cold-blooded murder is the ultimate spokesperson challenge, and we believe Drew passed the test with flying colors–blood red, to be exact. 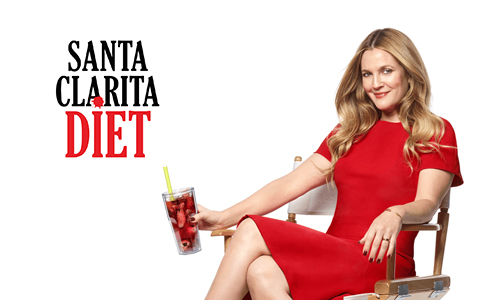