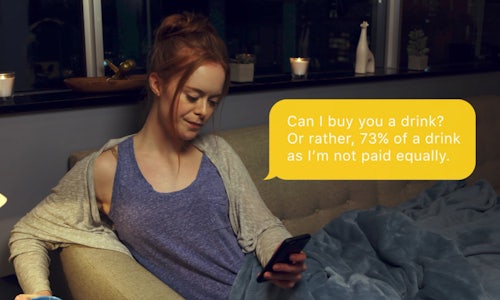 Onion Labs for Bumble - "Be the Creep"

Bumble is a dating app that puts women in charge. When a new connection appears, women are given the opportunity to make the first move. If she doesn't act after 24 hours, the connection disappears… forever. The brand approached Onion with three objectives:

1. Raise brand awareness during the holidays and winter months when the category typically sees usage spikes.

2. Drive social engagement to deepen the brand connection and make it part of the consumer conversation.

3. Drive traffic to the app store to facilitate downloads and increase trial during this key time of year.

"Cuffing season" is not only key for the dating app category, but falls during the holidays/new year- a notoriously noisy time for marketing. While brand awareness was growing, consumers still faced a breadth of tried and true options (competitor brands) they could turn to instead. Budget only allowed for a single video, so Onion Labs needed a breakthrough execution that would not only raise awareness and engagement, but strongly drive trial.

Onion Labs seized on Bumble's unique proposition to tell the brand's story through a comedic lens. Be The Creep highlighted the unexpected result of Bumble allowing women to make the first move: They could FINALLY try out their sleaziest, cheesiest opening lines.

The campaign consisted of video and social content that was paired with a robust 'cuffing season' targeted distribution and companion media strategy across Onion Inc. and Fusion Media Group publications focused on targeting women, particularly those between 18-24.

Video surpassed 2MM views with an average view rate of 77% on Facebook. The view rate hit 85% among Bumble's key demographic of women 18-24 . The campaign garnered a total of 1.5MM social actions. Meanwhile, companion media hit 40MM impressions with a .45% average click through rate, taking consumers directly to the app store to download.

Video for Onion Labs for Bumble - "Be the Creep" 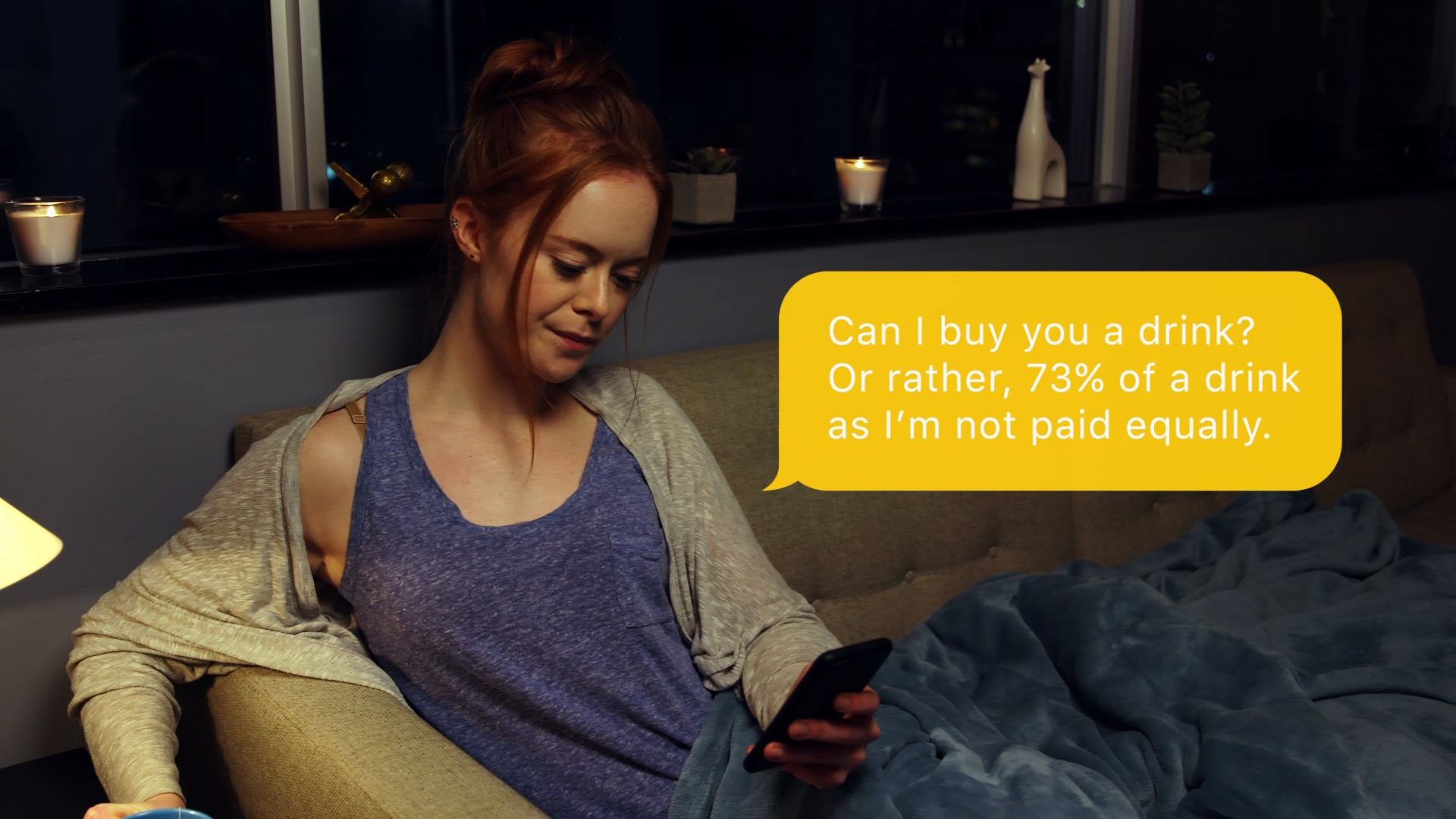 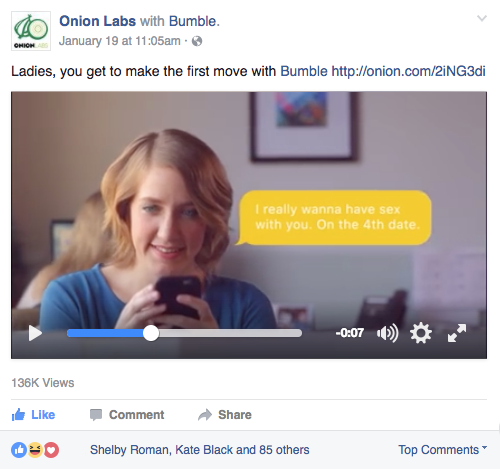 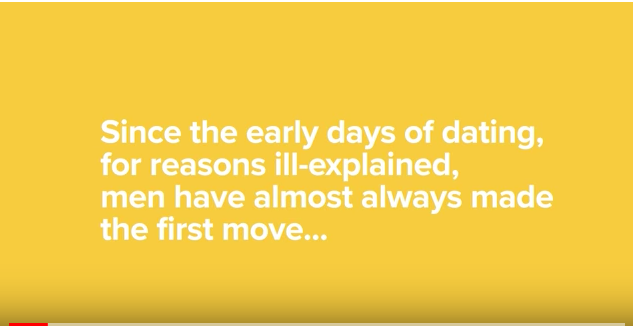 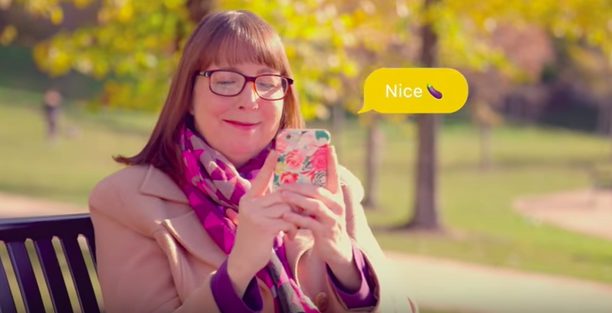 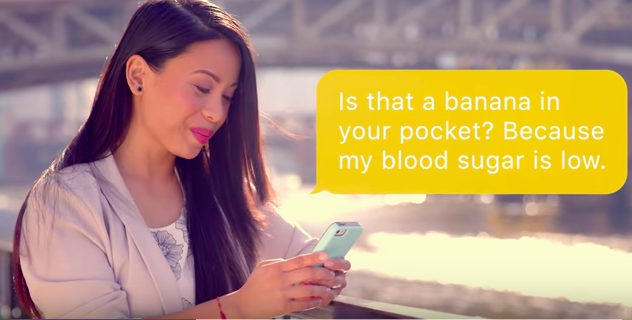