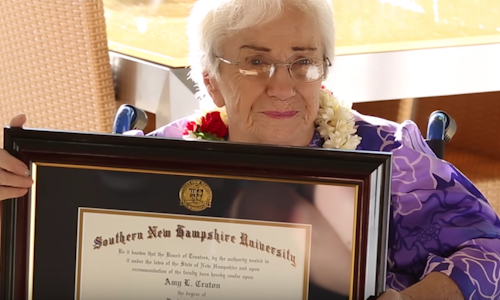 When we found out that 94-year old Amy Craton was about to complete her bachelor's degree with SNHU online, we knew we had to meet her and find a way to share her story. Amy lives in Honolulu, Hawaii - making it difficult for her to attend graduation in Manchester, New Hampshire. So SNHU President Paul LeBlanc decided to deliver her diploma and throw a surprise graduation party for her. We traveled to Hawaii to document this amazing moment and to learn more about Amy's incredible educational journey.

Our objective was to share Amy's inspirational story with our social followers. It was important to share Amy's story in a way that showed those working towards degrees that if she can do it, they can do it too. We wanted to spread the word of Amy's achievement, proving that it's never too late to learn.

Our larger goal for this campaign was to show SNHU's commitment to our students - no matter where they are in the world, or how old they are. To show our students that we believe in them, and that with hard work and determination, anything is possible. Amy is the perfect example of this mantra.

Our strategy was to tell Amy's story in as many forms as we could and to gain engagement above our benchmarks to ensure that her story could reach as many people as possible. Our main execution was the creation of a video showcasing her diploma delivery and an interview with Amy herself.

To get our audiences excited for the news, we posted a photo from Hawaii announcing that we had traveled there to deliver a diploma to a very special SNHU student. We then traveled to the graduation party to meet her and hear her amazing story. We kicked off the campaign with an image of President Paul LeBlanc and Amy, holding her diploma. This got people excited about her story and interested to learn more. Comments poured in from the SNHU community and beyond. People wished Amy congratulations on achieving her degree, and many people cited her as their inspiration.

We were able to post her video a few days later, expanding upon her story and letting our audiences hear from Amy herself. This contributed to her story's major success in the social media world and in the local, national and international press. The video was intended to resonate with our audiences and drive engagement through likes, positive comments, and shares, thus boosting the reach of the campaign.

We also added Amy to our reoccuring #StoriesofSNHU series. This series focuses on profiling members of the SNHU community and sharing their stories with our organic audiences. We posted a portrait of Amy with a quote from her interview: "...You can't live without knowing. You have to know. The more you know, the more you want to know, the more open your life is. Education gives you life." Our strategy for this post was to integrate her into our organic content and to gain positive engagement from our community. We once again experienced an overwhelming amount of positive comments praising Amy for her determination.

We were overwhelmed by the results of sharing Amy's story. The announcement photo of Amy and President LeBlanc reached 66,409 people and had a 9.2% engagement rate with 238 shares. This same photo had a 17.7% engagement rate on Instagram. Her diploma delivery video on Facebook reached 84,495 people and resulted in 34,933 video views.

We experienced even more platform success across our social channels. Between January 19 and February 4, we received 16,965,954 impressions, 21,757 engagements and 44,683 link clicks. We gained 4,910 Facebook fans and 127 Twitter followers. It was evident that Amy's story was spreading way beyond our organic social audiences, beyond the education industry, and even beyond the United States.

Amy's story resonated globally, resulting in more than 450 media hits in 40 states and 24 countries in the world. More than 105 international articles were published in 21 different languages, resulting in the potential reach of her success to an estimated 400 million people - more than the total population of the United States. Her success was celebrated and shared by some major media outlets (ABC News, CNN, Today, NBC Nightly News) and even had Kleenex sharing her story with their #KleenexMoment hashtag.

From an in-house social perspective, Amy has been one of most treasured students and one of our most successful campaigns. We were overwhelmed witnessing the SNHU community showering her in praise with congratulatory remarks, and citing her as their inspiration to continue their education. 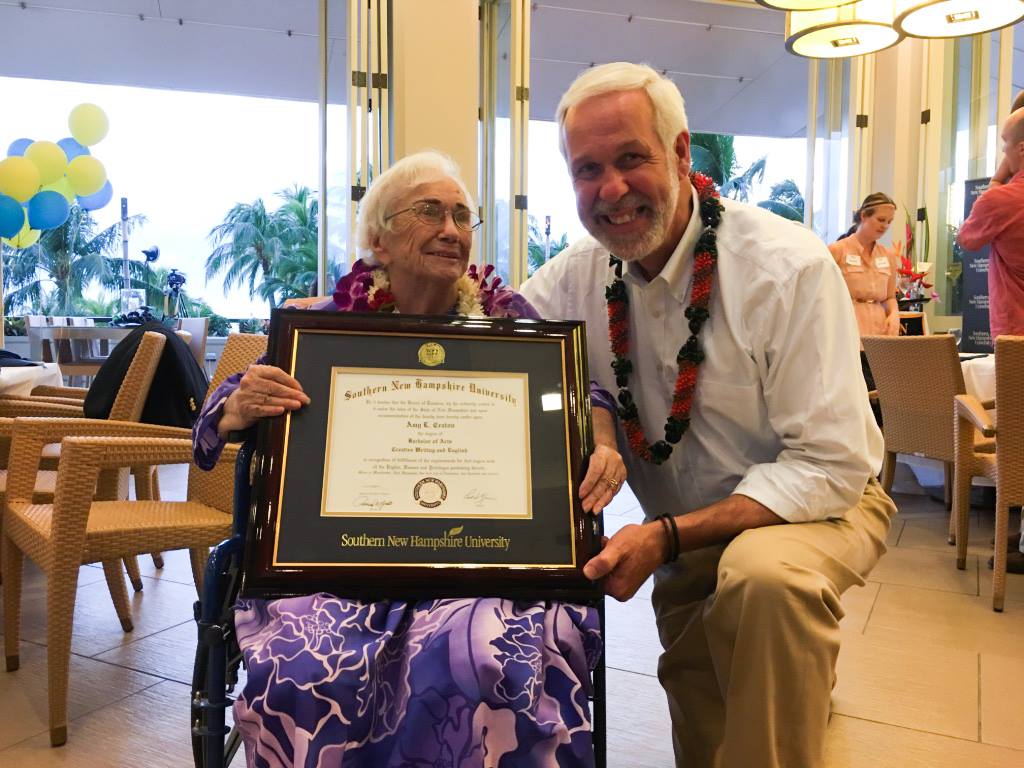 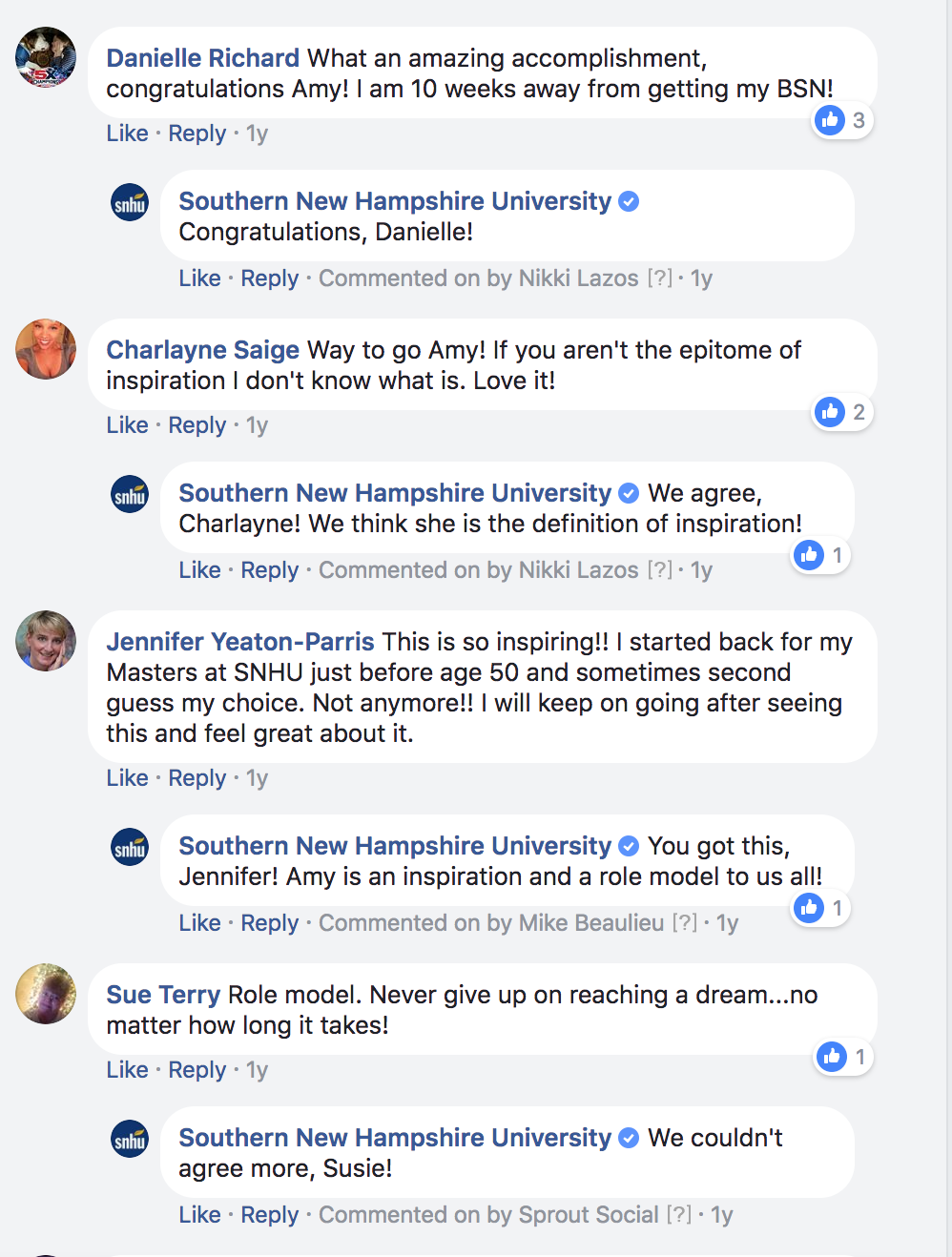 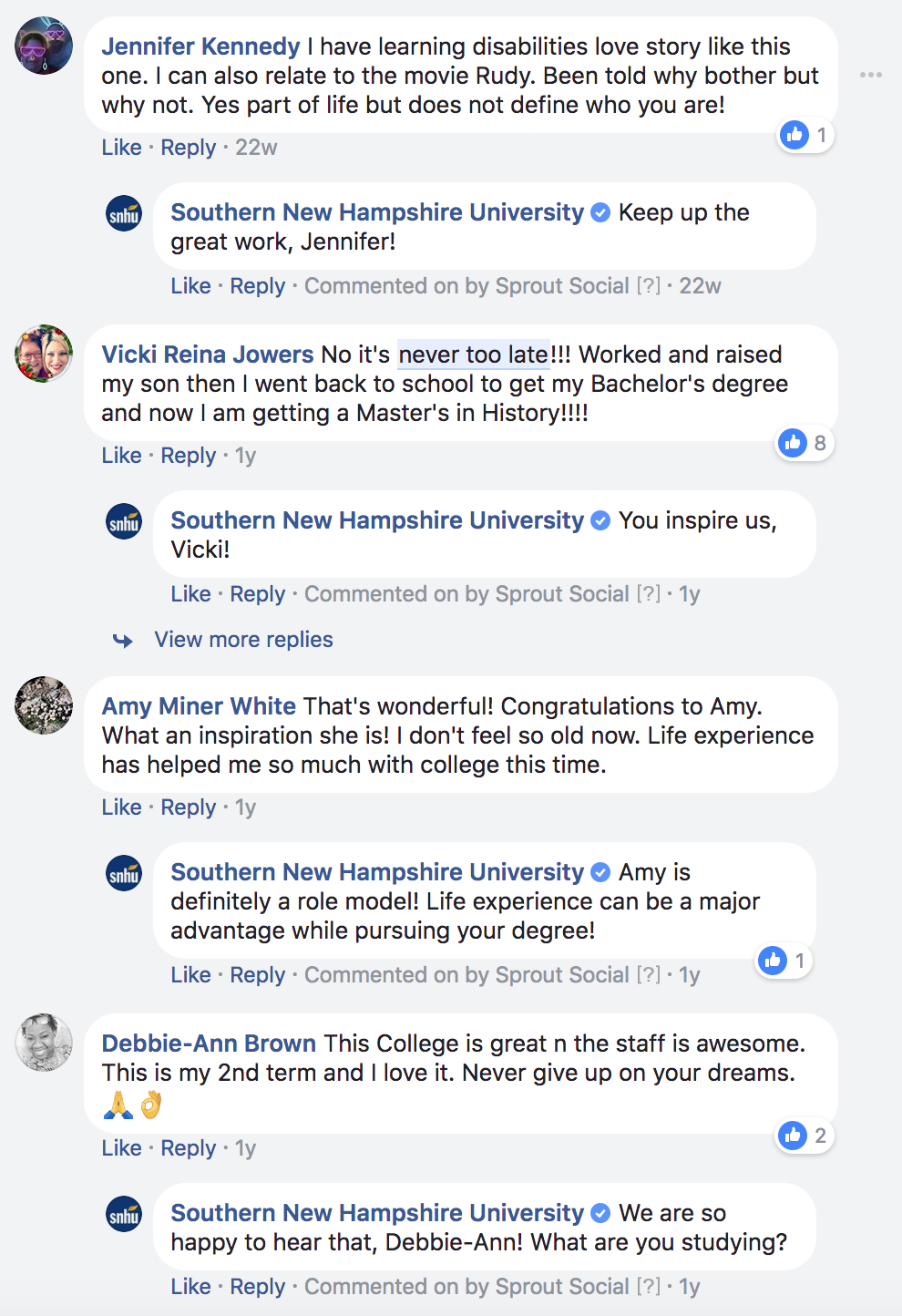