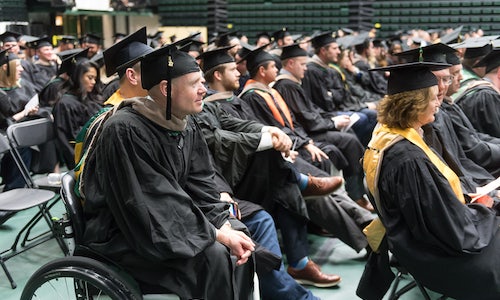 Meet Kevin Hoyt. Halfway through working on his degree at Colorado State University, Kevin Hoyt's world was turned upside down when he fell from the attic in his Utah home on New Year's Day in 2015, crashing through the ceiling of his living room and landing on the floor nearly 20 feet below.

He spent the next month adapting to not being able to use his legs and figuring out how to move forward with life as a paraplegic. After being certain that he was done with school following the accident, Kevin had a change of heart and decided to re-enroll at Colorado State University.

"I've used the motivation of walking across that stage at graduation to get myself physically to that point," said Kevin.

With his family watching from the crowd, Kevin approached the stage in his wheelchair. Rolling to a stop in front of hundreds of cheering onlookers, he slowly rose to his feet as students led a standing ovation. He walked across the stage. After two and a half long years, he'd finally accomplished his goal, and it couldn't have felt better.

Prior to spring graduation of 2017, Colorado State University's communications team, in collaboration with the College of Business, were aware of Kevin Hoyt and his journey to graduation and pursued a story about him. CSU communications professionals flew out to Utah to interview Kevin for a story and shot footage for an interactive documentary about him. Both the story and documentary were published the weekend of graduation.

We filmed Kevin's Walk during his graduation ceremony and shared it on social. The Internet did its thing. And it was incredibly heartwarming.

The video of Kevin's Walk was raw. Real. Authentic. Felt like you were there. It was triumphant. Inspiring. Awe-worthy. The month of May marks graduation season for many colleges, universities and high schools. Graduation was a mainstream theme to which most people could relate -- and this video found its way into hearts all around the world.

Ultimately, Kevin's Walk was a beautiful display of human tenacity, resilience and grace. This was an open invitation for people, the majority of whom had no formal affinity or ties to CSU, to celebrate Kevin's tremendous accomplishment.

The reach of 5,404,606 totals more than the combined populations of these states:

We accomplished our goal of celebrating Kevin's amazing feat and we're thrilled to share it with the world in a viral video.

"It's genuinely humbling to think that a simple personal goal could explode into more than a million connections." – Kevin Hoyt 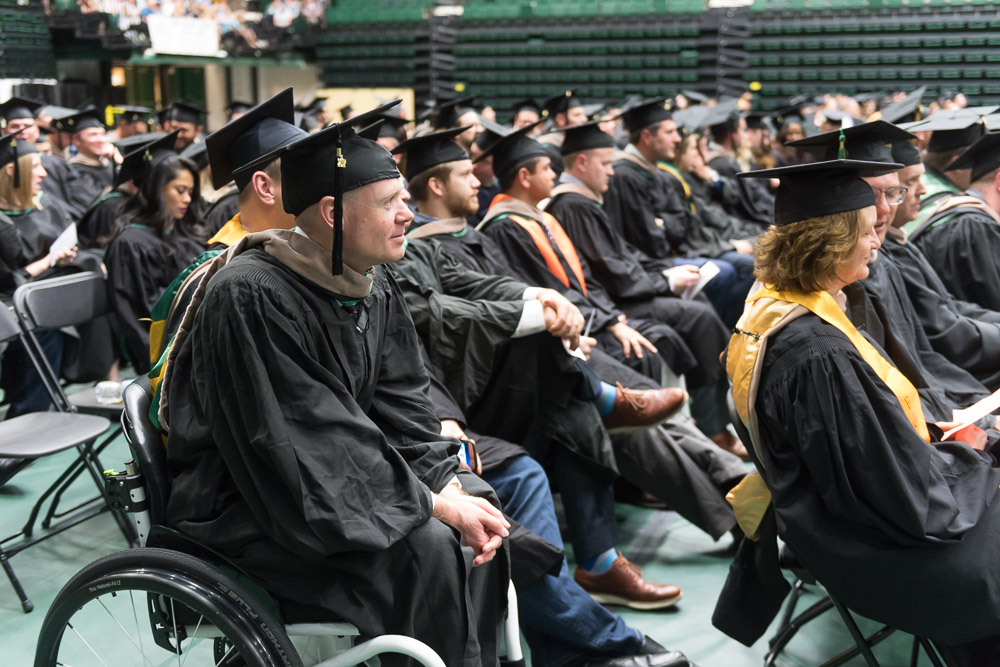