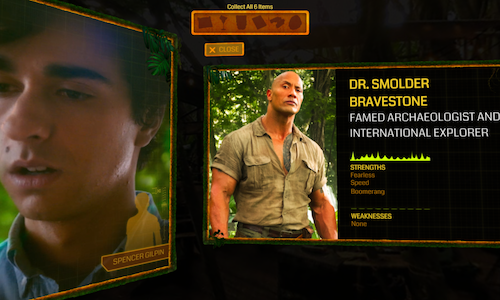 Based on the beloved classic Jumanji, Sony was preparing to release the next installment in the franchise, Jumanji: Welcome to the Jungle and the stakes couldn't be higher. We needed to introduce fans to new characters, a new setting and a new Jumanji, this time in a classic video game format. Even with Dwayne "The Rock" Johnson, Jack Black and Kevin Hart starring, box office success was not a sure thing.

To ensure fans embraced the film, we had to find a way to let audiences immerse themselves in the fresh environment and fall in love with the new characters.

AvatarLabs worked with Sony and the Oculus and Facebook teams to create a first-of-its-kind interactive 360° video scavenger hunt, allowing fans to experience what it's like to get sucked into the world of Jumanji.

We used Oculus's React VR platform to create a virtual reality experience that works across a variety of devices, so players can join in the interactive scavenger hunt on the Oculus Rift, Samsung Gear VR, or any device with access to a Web-VR enabled browser. The game also appeared in the Facebook News Feed, extending the reach tremendously and allowing users to invite friends into the experience.

Through a series of tasks, anyone on Facebook or Oculus can explore the mysteries of the jungle, learn about the characters, and get a sneak peek at how the legend unfolds. The experiences tasks fans with finding treasure maps, margarita glasses and other items to unlock clips from the movie and more to help Spencer (Dwayne Johnson), Bethany (Jack Black), Fridge (Kevin Hart), and Martha (Karen Gillan) find their way back home.

"Building an immersive experience for this movie was a goal from the start. It was important for us to give fans the opportunity to journey into the rich world of Jumanji. Interactive 360° video and the React VR platform was the perfect solution," said Sony Pictures Executive Vice President, Digital Marketing Elias Plishner. "We were blown away with the technology and the fact that it could be easily accessed on a platform people use every day."

"There simply was no better way to engage Jumanji fans with the upcoming film," said James Safechuck, Director of Innovation at AvatarLabs. This VR experience are allows fans to escape and enter into an immersive Jumanji environment to interact directly with the new characters. This experience allows fans to connect with Jumanji in an emotional way and drove buzz and promotion leading up to December's premier."

The results blew everyone away. 100s of thousands of fans engaged with the experience across Facebook, Oculus, web and other social platforms. Jumanji was released in 2017 but continued its success well into 2018, grossing over $900 million in worldwide gross receipts and achieving #1 at the box office for seven weeks.

Video for JUMANJI: WELCOME TO THE JUNGLE VR SCAVENGER HUNT 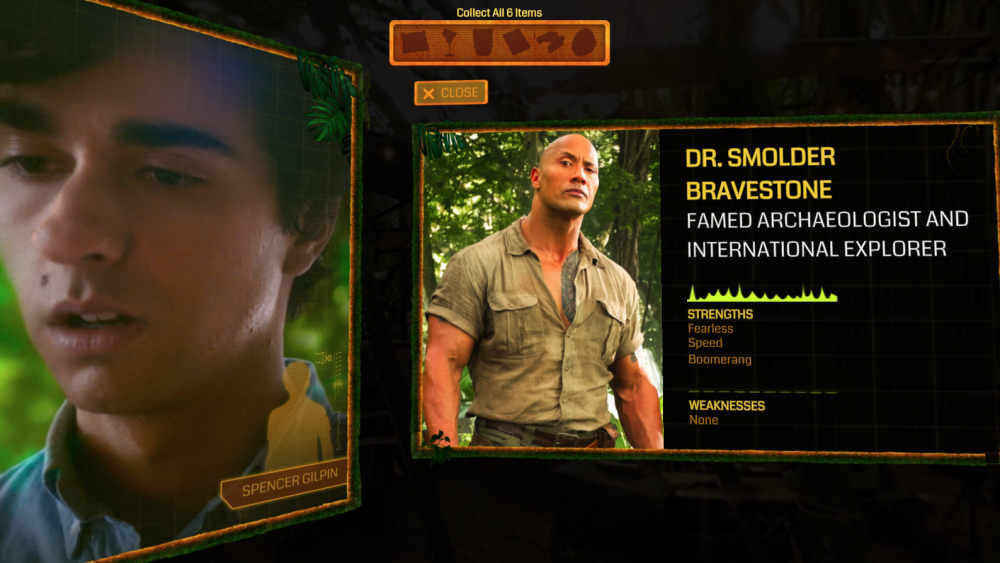 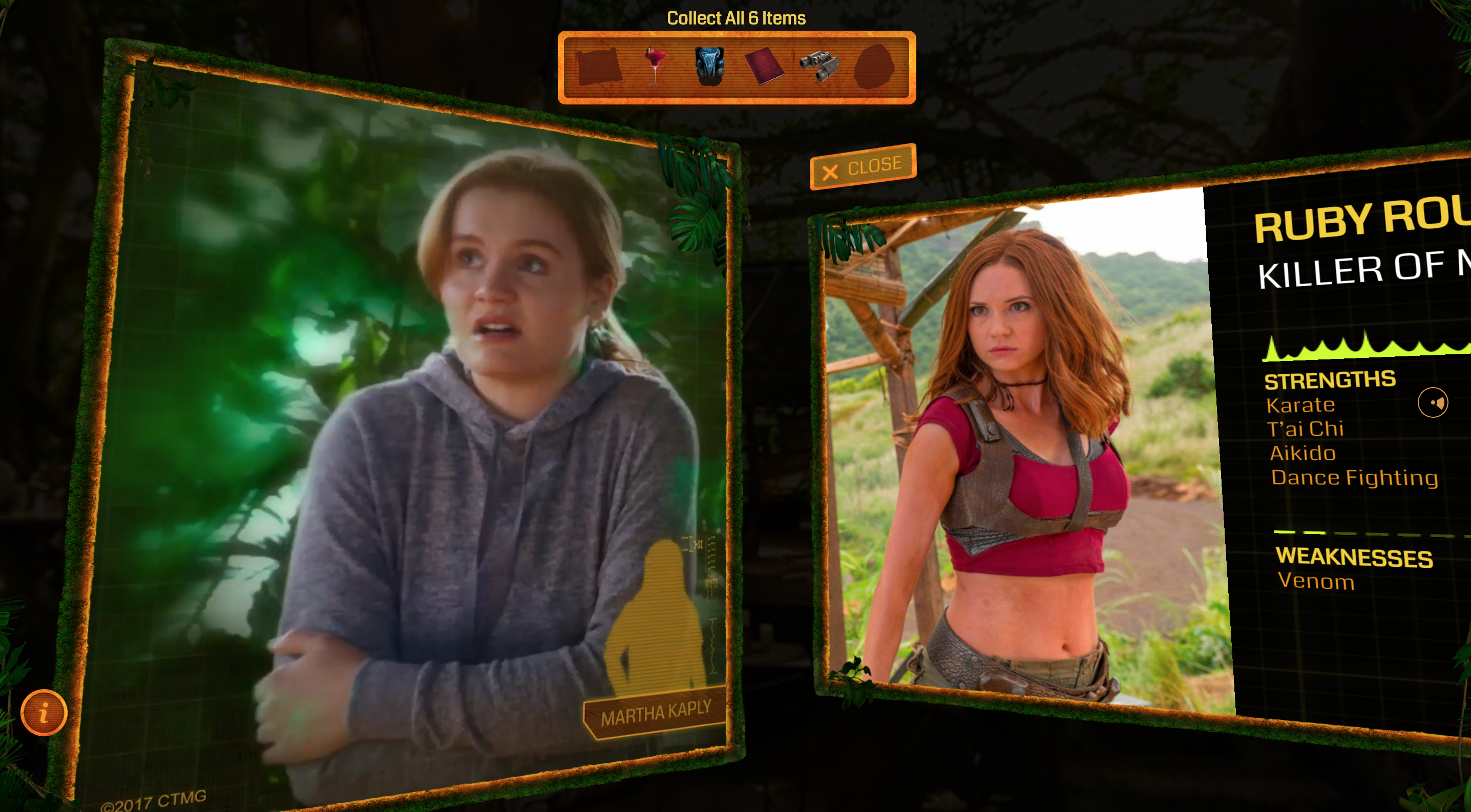 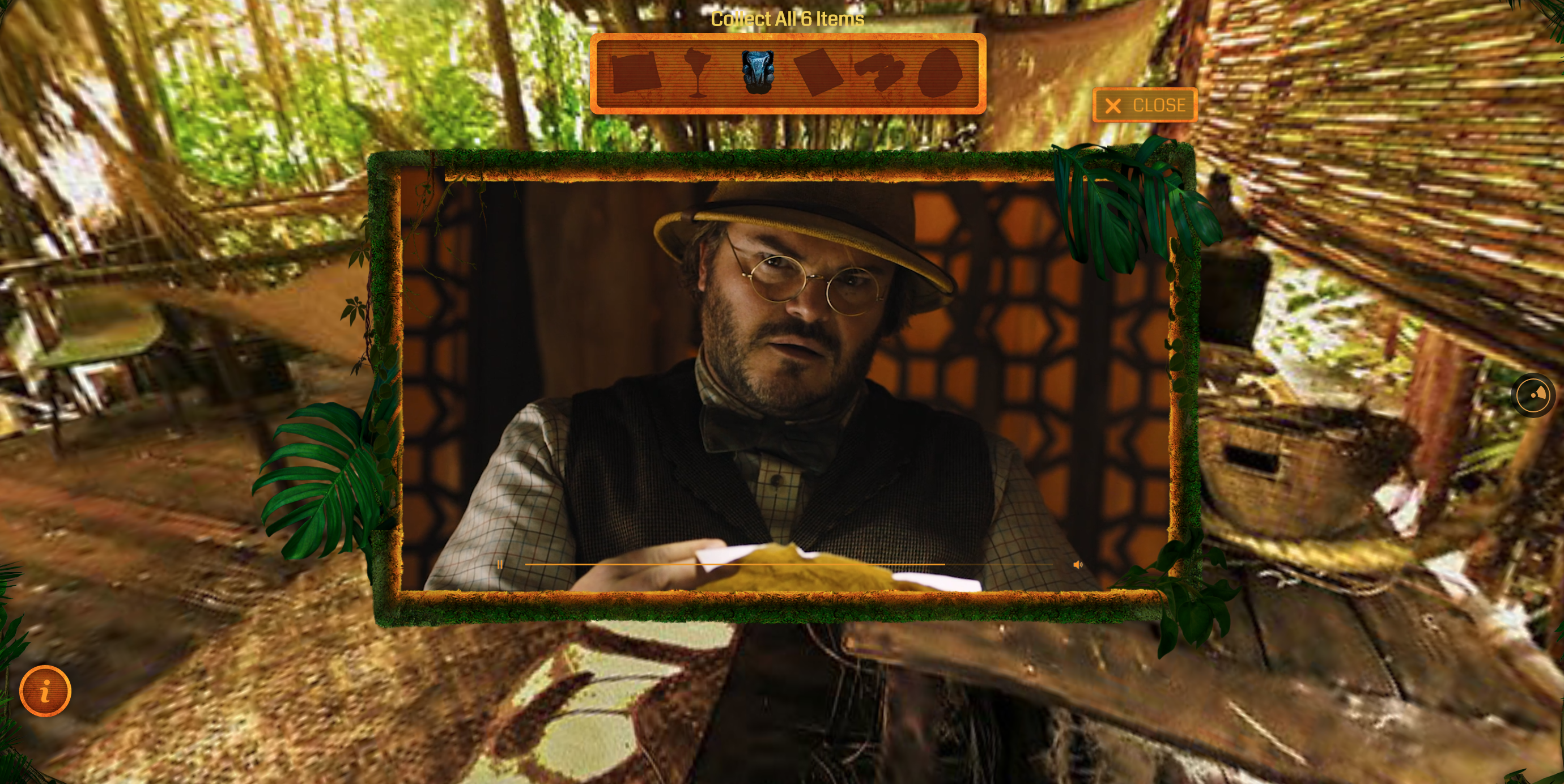