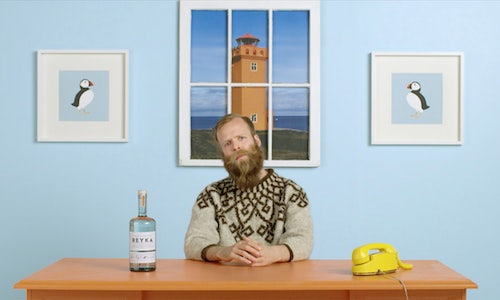 Reyka is a small-batch vodka from the small country of Iceland. And we're not kidding about the small-batch thing, there are literally only 15 people who work in our distillery. Reyka is the embodiment of Iceland, it is literally made of Iceland, and people are more interested in Iceland than ever. Our goal for 2017 was to make people begin to recognize Reyka as the arbiter of all things Iceland, and understand they can enjoy a taste of Iceland with every sip, encouraging consumer trial and adoption in the process.

The vodka shelf is crowded, but Iceland is hot. We knew we could make Reyka stand out if we leaned into to what makes it unique in a sea of insipid vodkas – our Icelandic provenance, and our charmingly offbeat personality rooted in Icelandic culture. In short, we had to introduce ourselves to people in a delightful and unmistakably Icelandic manner.

To tell the story of who we are and how we see the world, we tapped a countryman and Reyka superfan, a bearded fellow by the name of Fridrik Ingvar Ingimundarson, or "Frikki" for short. We filmed dozens of short videos with Frikki introducing Reyka to our new audience, while imparting a bit of our Icelandic culture…how Icelanders dine, curse, and filter vodka through lava rocks, to name a few. We also honed in on specific markets and moments: for Reyka's launch in Portland, Frikki offered commentary on things both Portlanders and Icelanders love, such as football and beards; on June 21st — the Summer Solstice — Frikki celebrated the longest day of the year by wearing a "traditional" Icelandic bathing sweater.

We kept the production and location (Reyka's "office") simple enough, so that even with a modest budget, Frikki could have a relevant dialogue with our audience all year long.

The videos were rolled out throughout the year, via Instagram and Facebook. There was a heavy emphasis on the Portland and Seattle areas, as research showed those two markets to be high-potential growth areas for Reyka.

The campaign delivered 1,936,000 impressions in broadcast and cable, and 2,444,929 impressions on social media, with 407,484 views and 411,589 engagements. Not bad for a vodka from a tiny island on the top of the world. The campaign was covered by advertising trades as well as spirits industry publications including Adweek, Ad Age, CHILLED and Spirits. It was such a success, the tactics and plan used in Portland will be adapted for additional markets in 2018. 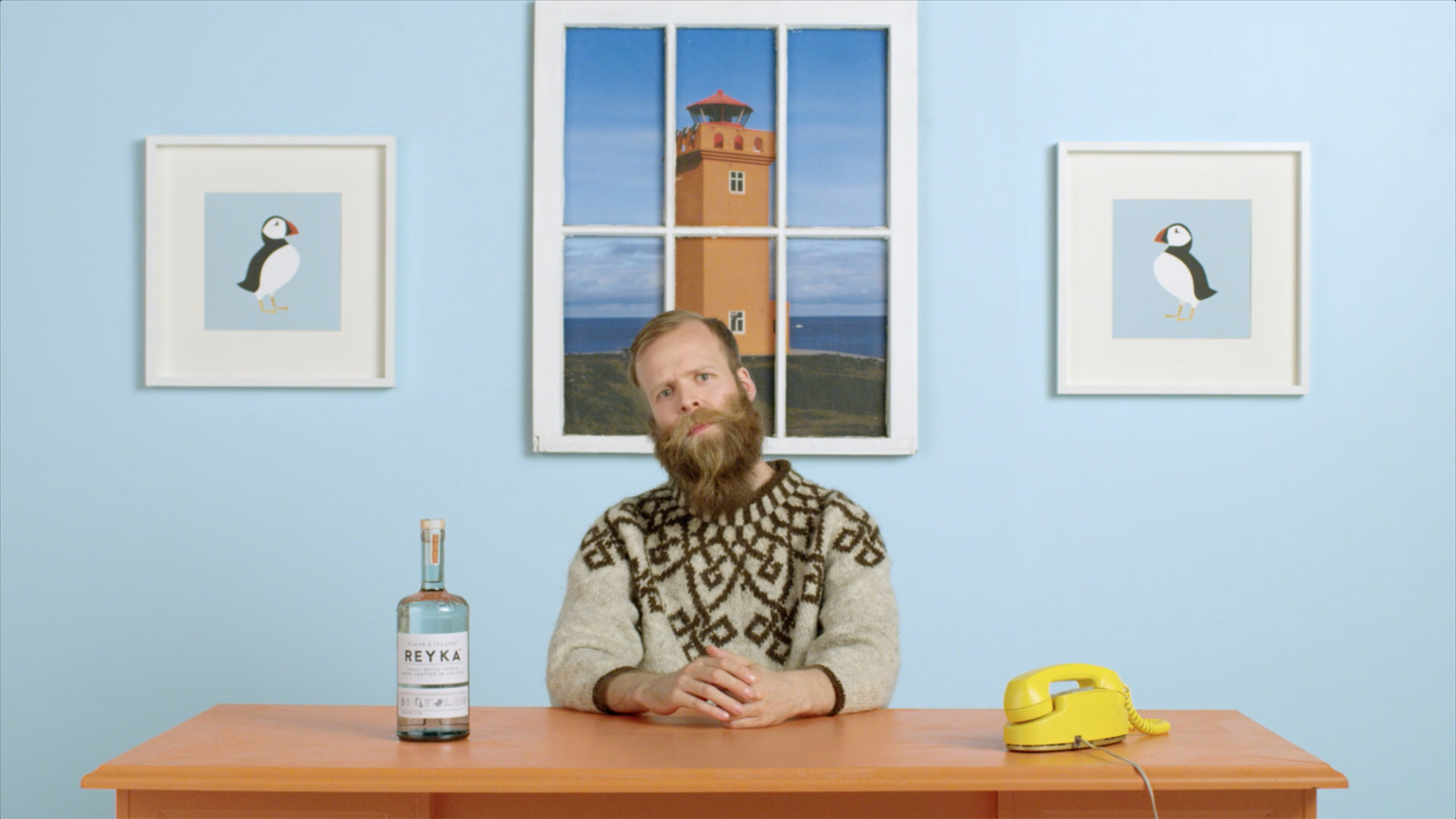 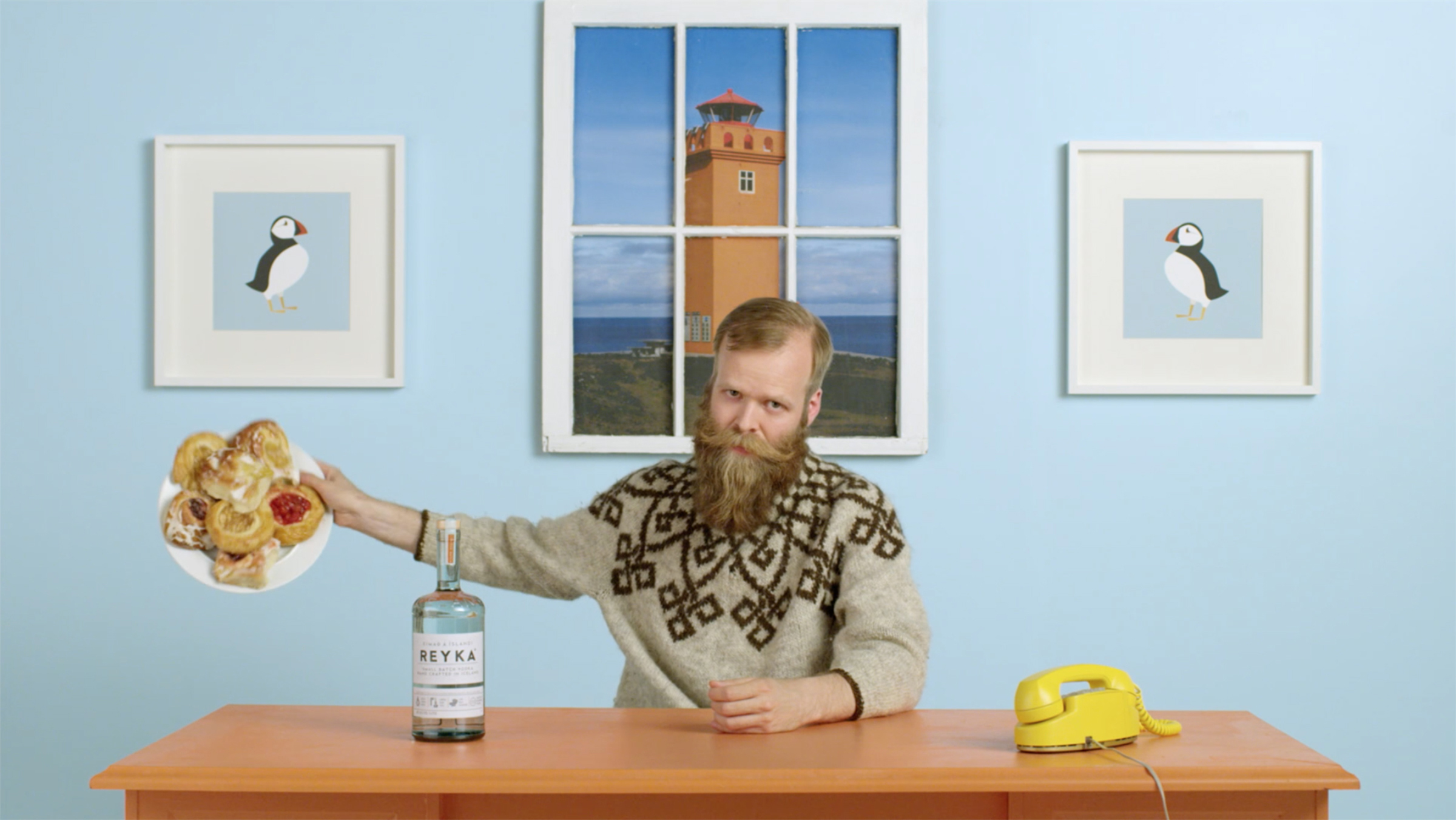 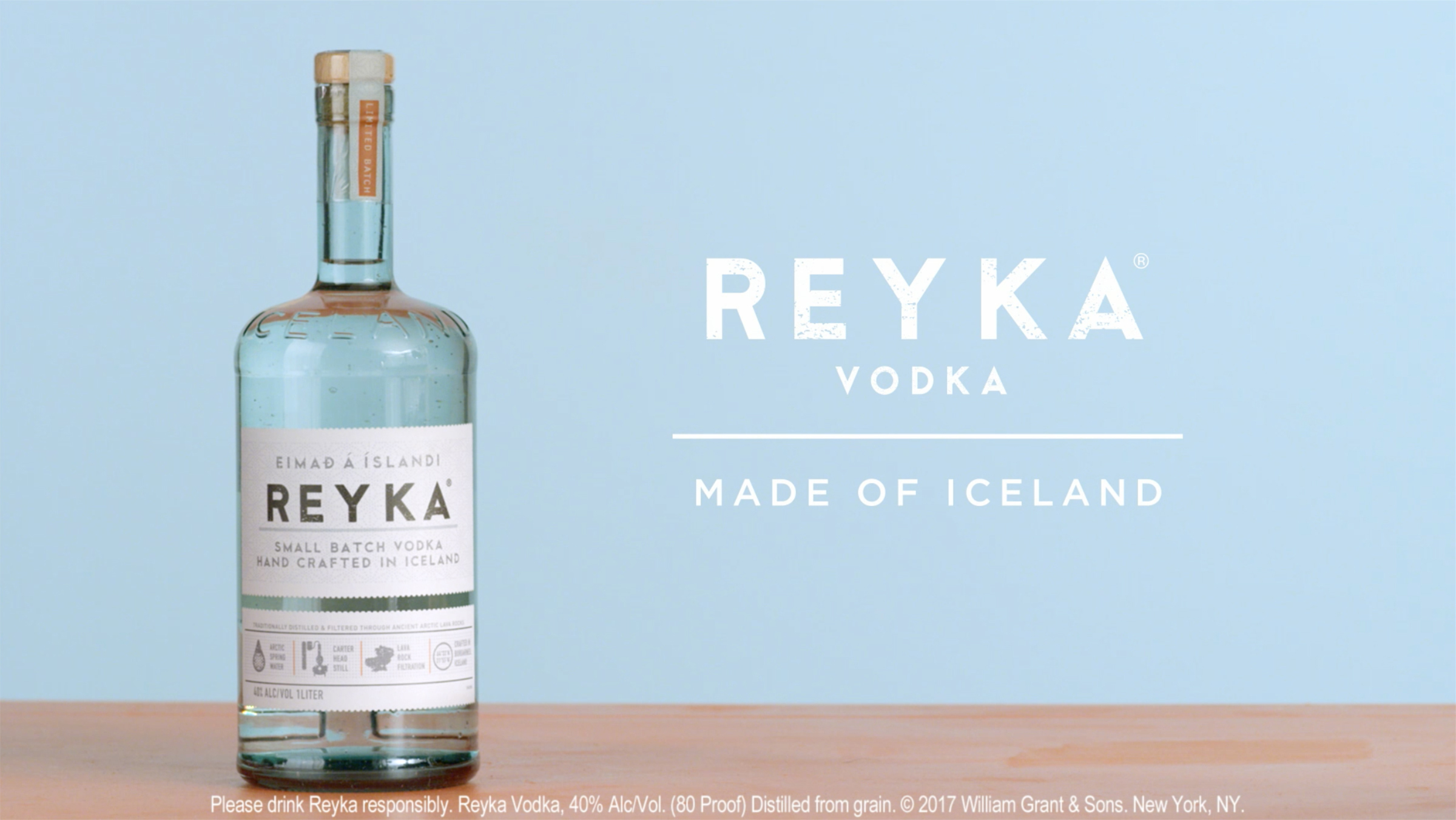