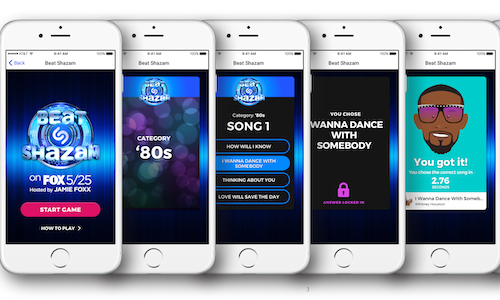 FOX and Shazam gave viewers the opportunity to Beat Shazam and play along at home with a medley of Today's Hits. The goal was to keep viewers engaged with the show, while giving show fans and Shazam app users an opportunity to test their skills. The gameplay element added an extra layer of fun for users and the chance to win prize money.

Beat Shazam play-along experience enables viewers to test their own music-identification skills from the comfort of their home -- right from the Shazam app. In a first-of-its-kind immersive TV/mobile experience, viewers compete against Beat Shazam TV contestants to identify the correct songs in the fastest time possible. Whether you're watching the show on live TV or on-demand, Shazam makes it easy join the fun and win prizes.

Throughout the first season of Beat Shazam, players at home were just as engaged as contestants on the show. Viewers of Beat Shazam engaged more than 5 million times with Shazam throughout the course of season one to play-along at home. 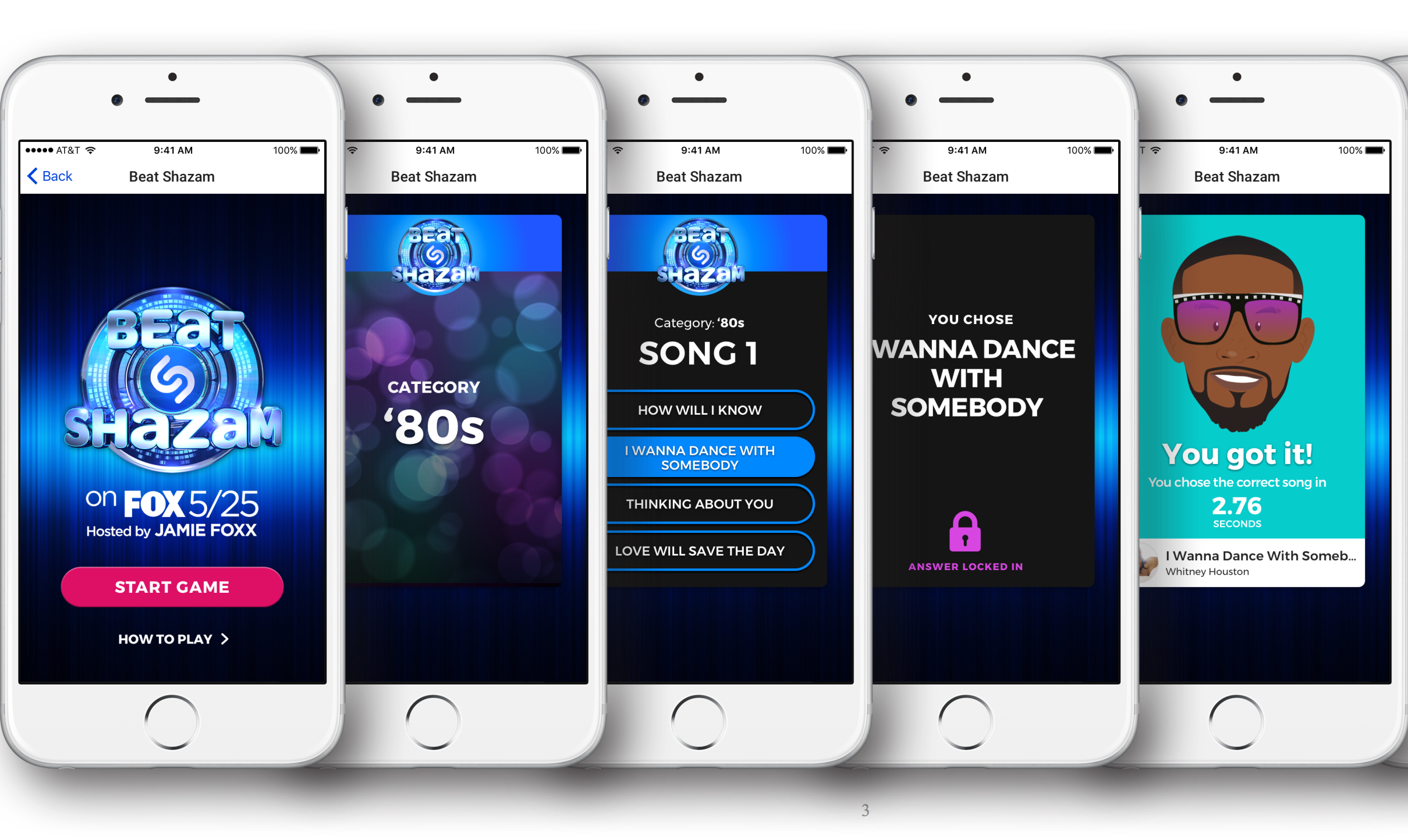