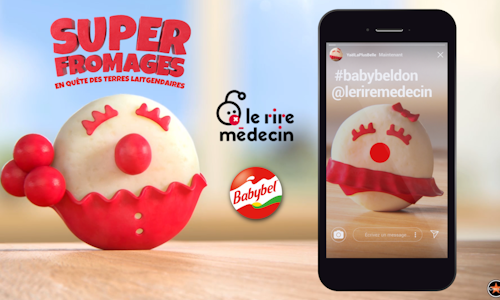 In terms of our strategy, we noted that Babybel has always been that one brand that has been able to amuse both big and little people. As it happens, making children laugh is also the principal aim of the french charity Le Rire Médecin with the famous red nose.

Thanks to episode 5 of the "Super Fromages" web series as well as to Lola Dubini (the influencer who lent her voice to Charlotte La Rigolote, a guest for the episode and a jokey clown in hospitals), Babybel has donated 40 000 euros to the Rire Médecin Charity.

The strategy opted for was to try and get as many people as possible to take a picture of themselves with a red nose on instagram for a good cause, to raise awareness of the charity and similarly to encourage consumers to watch the entirety of the web series.

In just one month we managed to reach 6 million people across the whole of France, of which 170 700 of these impressions were thanks to Lola Dubini, 120 300 thanks to Léa Camilleri and 257 700 thanks to Elsa Makeup. 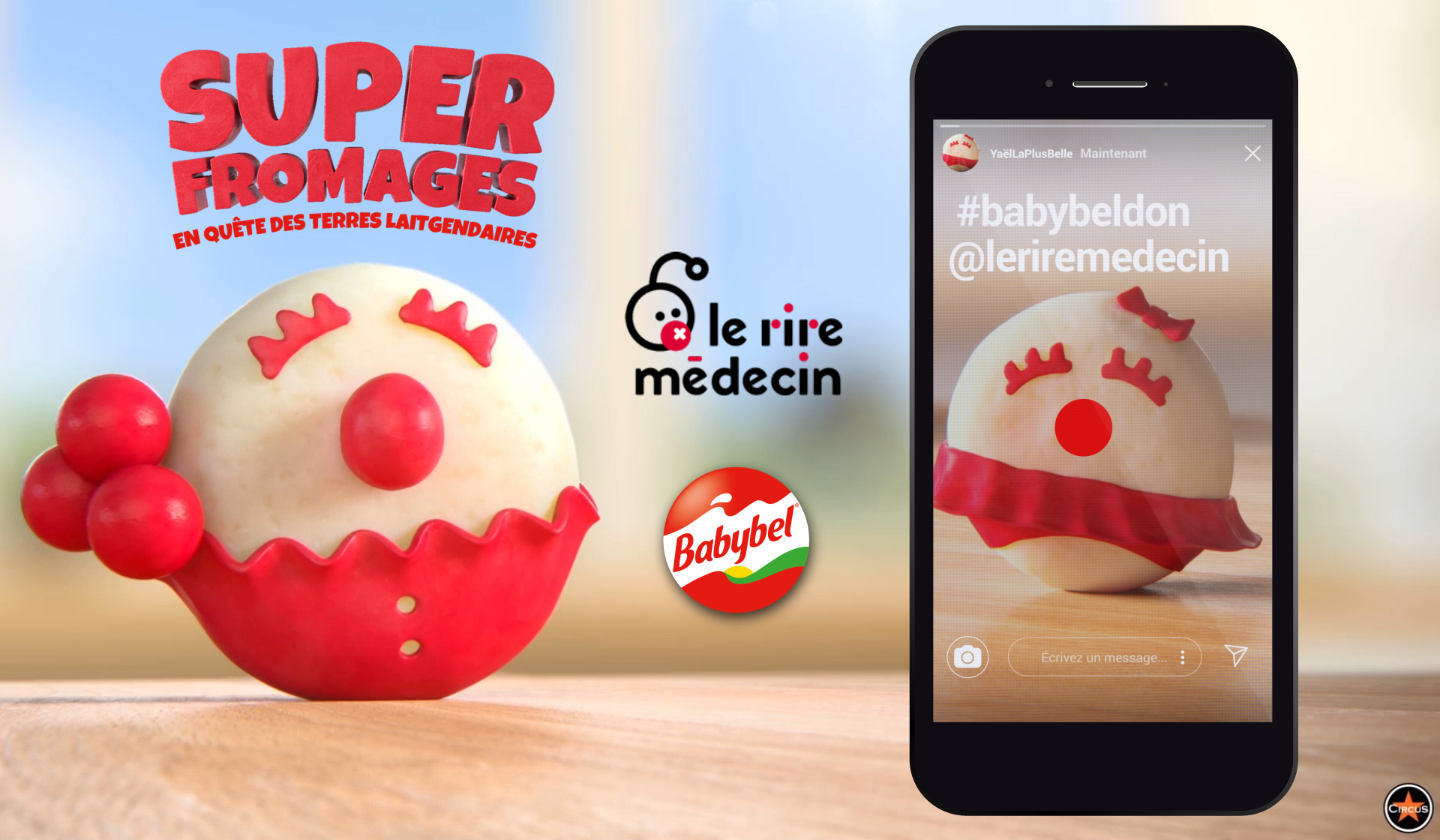