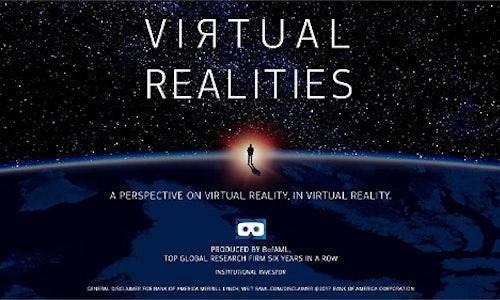 Are you Prepared for the New Reality?

At Bank of America Merrill Lynch, we view disruption as an opportunity, not a problem. Therefore, at a time when continual change is the norm, we strive to deliver insights with supporting data that help our clients understand it all and propel their businesses and investments forward. Our goal was to use virtual reality itself to explain the effect of the technology on all forms of business and to show the statistical support, the data, surrounding this effect in an impactful way. We thought, why would we produce just a PDF explaining the role of VR in business? If we are a modern company, let's deliver a modern solution. We built a virtual one-on-one meeting with Sarbjit Nahal, our lead thematic research analyst, to explain the landscape, impact and potential opportunities of VR for businesses and investors alike. We saw there was a need for this on all channels, including social, because there was very little educational content or data such as revenue potential or size of market on VR. Before our piece, there was only gaming, travel and leisure, and we wanted to be the first to produce a VR about VR as an industry, with the data as the glue answering why it's an important new industry and new investment opportunity. We constantly present data to our clients and prospects. However, for the first time, with this new technology, we could show the data in a compelling format and creative manner.

The strategy was to express the staggering statistics surrounding the industry in an intelligent yet exciting way and to create a VR piece that educated all our constituents: institutional investors, corporate management and the general public. When designing this, we had to make it visually compelling; content a client would watch. As we know our clients are time-strapped, we took advantage of the medium and thought strategically about which scenes and concepts would interest them most. Data is so important to our clients; they live for it. In total, we have over 13 statistics throughout the piece, making data visualization a vital part of the education and film. As this was such a meaningful aspect for our clients and for the film, we saw this as an opportunity to bring this data to life, and we knew we had to lead with heavy data visualization that immediately connects the viewer with the gravitas and potential for the industry. For example in the opening scene, we could have shown worldwide revenue as just a static number, but instead we showed that large amount through escalating gold bars that glide the viewer's eyes up and have them feel the impact of the impressive statistic. We could have done a simple chart on smart phone adoption rates, but instead, we had our statistics floating through space and interacting with the viewer. We wanted our clients to connect with the intensity of these statistics sand really feel how this technology will make an imprint on their lives and their investing strategies. While the VR was the centerpiece of our VR educational program, it was one of many components. In fact, the VR piece originated as a PDF report, and then flourished into an all-encompassing campaign that includes the VR film, web, advertising, SEO, influencers, social, PR, 1x1 meetings and events, with data visualization a core component of each. Our social strategy relied heavily on data with about 50% of our social posts focusing on the critical data culled from the report. However, being so data heavy, we had to be innovative with how we presented the data, especially on social channels. We used website cards to explain how AR can make workers faster and more accurate. We used GIFs to show how VR technology works in the virtual world landscape and both static and animated images from the VR film to explain healthcare and machine learning data. We even created new data, by polling our clients and then reporting the findings immediately in an infographic. The whole project from initial concept to final presentation to channel selection was completely innovative and unique. We were the first to take a research report and turn it into a VR piece. We were the first to make a VR piece on VR as a technology and industry (first not just in finance, but in the industry).We were the first to use this technology to show this industry data in a visually compelling and intriguing way.

Data, Data, Data! This 360 was all about the data, and through strong data visualization, we were able to capture and hold our core audiences, having them watch the entire 4 min video until the end. Our clients appreciated seeing the data in a fresh and dramatic way, so much that we had several requests for the VR at events, sponsorships, 1x1 meetings and client presentations. There was a buzz about the piece amongst our audience and a desire to learn more about the technology. Other highlights were becoming the #3 most viewed VR on Samsung, impressive for a B2B financial firm in a consumer space. Our webpage was the best performing webpage in BofAML history. Our data heavy social campaign of polling, carousels, moments and both GIF and JPEG infographics added to the impressive results, making this social program, the best in BofAML history. One of our many influencers, Amber Roy, engineer @Oculus, commented, "Did not expect this: 360 video by BofAML. Cool to see finance industry giants embracing #VR". The importance of these statistics is that the VR film worked. People wanted to see it and watched it to completion in record numbers. We are honored that this reached and resonated with our audience, proving the value and creativity in the content and creation of the work.

Video for Are you Prepared for the New Reality? 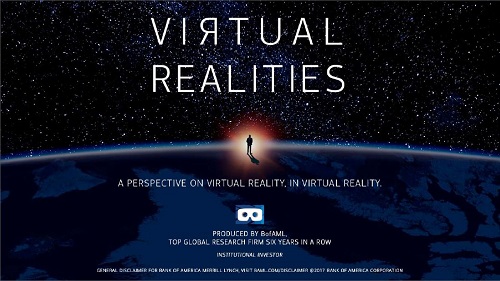 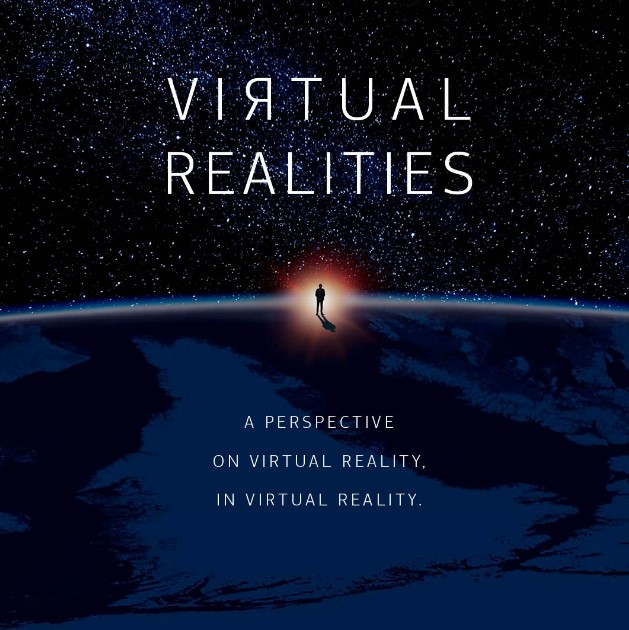