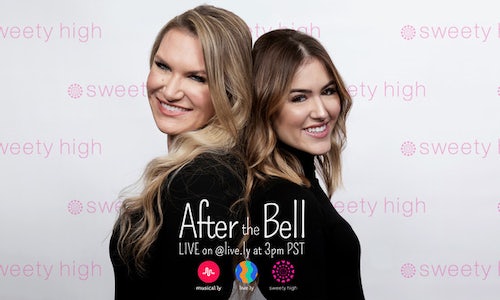 As part of the Sweety High and musical.ly partnership, Sweety High produced an original live series, called "After the Bell," to take the traditional talk show and reinvent it as a live experience for a new generation of consumers. Featuring Sweety High personalities Cassie DiLaura and Taylor Audette, the series broadcasts live from Sweety High's studio headquarters in Marina Del Rey, CA and features musical performances, interviews with celebrities and popular musical.ly 'musers', along with the latest trends in lifestyle, beauty, and fashion. "After the Bell" airs weekdays on live.ly TV at 3:00-3:45p.m. PT, when the target audience has left school for the day.

As livestreaming has become a key growth area in engaging Gen Z, the series offers a new kind of relationship with the platform's core fans, yielding mass interaction for an hour-long program. musical.ly put its might behind the partnership by placing "After the Bell" as a Featured series on its main page, scheduling the show in the coveted afternoon/early evening time slot, and pushing notifications to all users when the show is live.

Following the successful beta launch of "After the Bell" in February 2017, musical.ly asked Sweety High to lead their VidCon 2017 livestream in June. Sweety High personalities hosted artists and digital media stars for 27 continuous hours, all broadcast from a co-branded Sweety High and musical.ly stage at the conference to a record-setting Gen Z girls audience for the show, surpassing any other audience numbers from other VidCon presenters. The series expanded its audience as the go-to show for musical.ly's VidCon presence. Since then, "After the Bell" continues to grow and thrive on the platform.

Sweety High became one of the first premium content partners for live.ly as the platform expanded beyond featuring user-generated content and developed new programs for its millions of users. Unlike other shows, live engagement is even higher because user interaction inspires programming choices.

Debuting in beta in February 2017, the series received the highest ratings and most audience engagement among all original series on live.ly TV to date. Before its official launch and public announcement in June, the show reached an audience of about 300,000 to 400,000 viewers per week.

Produced by Sweety High Productions and hosted by Sweety High personalities, the VidCon livestream included non-stop coverage of performances and interviews with leading digital creators (with a combined reach of over 150 million) including Jojo Siwa, Max & Harvey, and Danielle Cohen. During the 27 hours of coverage, the stream averaged 120,000 concurrent viewers (vs. YouTube's livestream of only 900), reached over 1.5 million viewers (15x the number of attendees at the conference), and fostered over 10 million engagements from audiences around the world.

Sweety High and musical.ly's stage and livestream garnered more viewers, engagements and hours of live coverage than any other vendor at the conference or the VidCon show itself. The co-branded livestream maintained one quarter of their viewers at all times during the entire livestream.

Video for A musical.ly Hit: Sweety High’s Original Live Show “After the Bell” 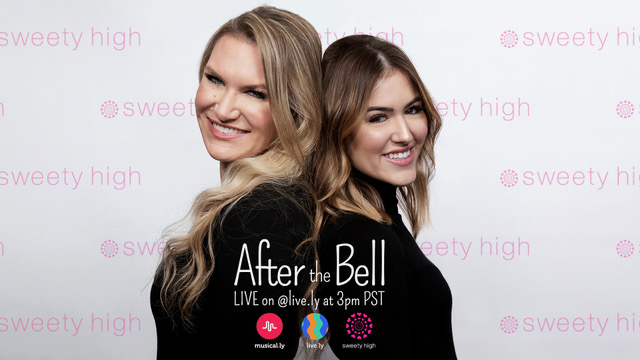 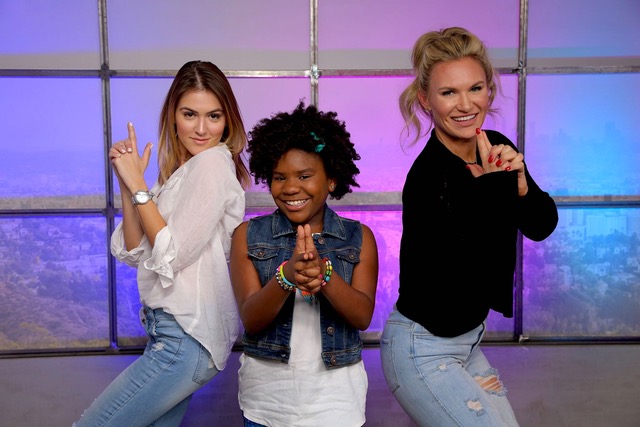 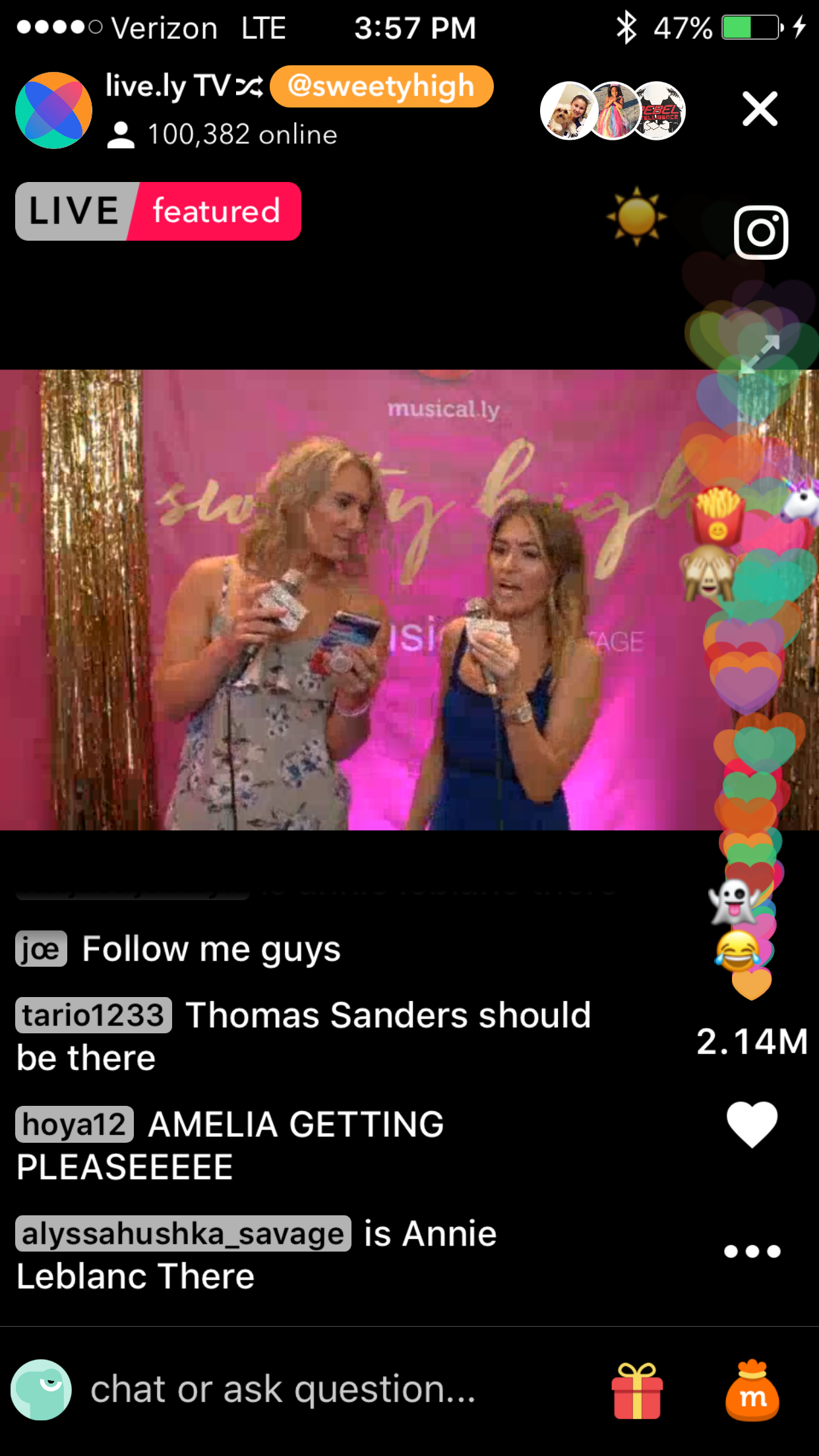