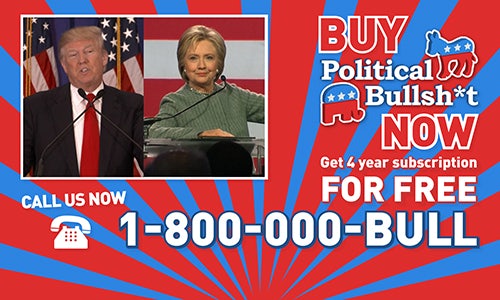 It's been a long time since US presidential elections were centered on a public dialog/debate about policy and philosophy. On the contrary, today big business bets big money on selling their candidate to us. And like a horse, when they yank on the reigns they expect their sponsored candidate to shift course accordingly. It's bullshit. Candidates shift positions so frequently it gives voters whiplash and their efforts to please every different demographic lead them to promise actions that have no basis in reality. It's as if in 2016 someone sold both Donald Trump and Hillary Clinton an amazing new product that makes bullshitting the masses easier than ever before. How would that work?

Satire. The audience knows they're being bullshitted. What better way to sell it to them than in classic cable TV infomercial style? 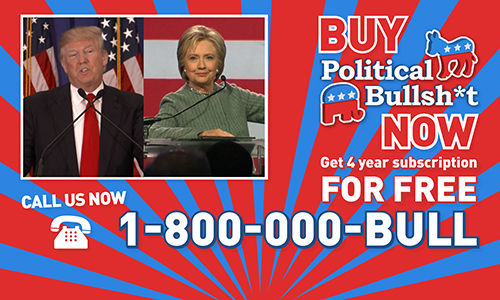