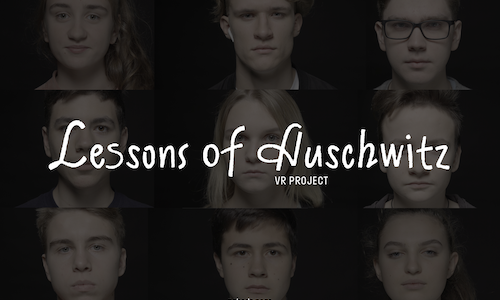 The Holocaust. One of the most inhumane events in history in which approximately 6 million Jews were deliberately and systematically exterminated during World War II by the nazis. The Auschwitz concentration camp in Poland and its endless barracks in ruins, remain one of the world’s most painful memorial sites and serve as a living reminder of what evil can look like.

But as time passes, so do the Holocaust survivors - the voices of those who remember the atrocities are falling silent. The commemorative link between generations is dimming. Today, in a mostly digital world, it is important to restore the gap and keep younger generations interested in learning history. The victims’ stories of the Holocaust and horrors of Auschwitz are always with us, but must be retold by and for new generations.

To visit Auschwitz is a profound and deep rite of passage. To mark the 75th anniversary of its liberation we brought nine students from a Moscow high school - between 13 and 16 years old - to the Memorial in Poland to personally undergo this experience. After the trip, we asked them to express their reactions in VR under the creative guidance of Russia’s leading XR artist, Denis Semionov.

“Lessons of Auschwitz” is a social experiment that aims to show how history can be retold and reimagined by younger generations through digital art. Using innovative XR film technology we aimed to create a new kind of commemorative tribute which will engage and touch younger viewers and inspire them to learn more about the Holocaust. “Lessons of Auschwitz” unites history, teenagers’ personal emotions, the lament of a theremin and innovative immersive tech to create powerful, moving art that sustains historical memory in a digital world.

A comprehensive multi-stage six-month production lies behind the creation of this unique XR experience. In stage one, we decided to teach 9 school students, who would eventually go to Poland and become prime-creators of this tribute, some historical background. Thanks to the Moscow Jewish Museum and Tolerance Center, the students learned about the Holocaust during a private tour. We subsequently organised a screening of Spielberg’s ‘Schindler's List’ for our young travelers. The remaining Schindler factory in Krakow would later become the first museum they would visit during their trip to Poland.

We also teamed up with composer Peter Theremin, who plays the world's oldest electronic instrument patented by his great grandfather, Léon Theremin, which is played and controlled without physical contact by the performer. Peter composed an original score for the film - an eerie lament in which the sonorous vibrations of the theremin create a weeping effect and a striking tune.

The students used Tilt Brush to draw their 3D images and were filmed with volumetric video - a technique capturing three-dimensional space, allowing the images to be transformed directly into 3D where they would later react to sound waves (DepthKit tool and Kinect Azure were used during this stage of production).

The project also features a unique #VictoryFont "May" which was created specially for the project - behind each character is a documented Reichstag inscription, hand-written 75 years ago by soldiers who conquered Berlin in 1945. Through the font’s characters and symbols, “May” creates a narrative link between the past and the present, between the Victory heroes and us, the inheritors of their legacy.

The innovation behind “Lessons of Auschwitz” lies in merging the young artists’ virtual avatars with their VR illustrations in a joint space. For that we used Unity program which helped us transfer volumetric video and animations, which we would then alter and process with special shader effects. It was the first-ever case uniting virtual illustration, volumetric capture and theremin in one project.

The innovative approach paid off with project getting over 100,000 views on social media and online platforms in the first week after the premier on January 27th 2020. "Lessons of Auschwitz" was welcomed with positive reviews during Holocaust Remembrance Week praising fresh approach and moving artworks by teen artists which commemorate victims of Auschwitz-Birkenau.

"Lessons of Auschwitz" is part of #VictoryPages project - a versatile social media documentary commemorating the 75th anniversary of the defeat of Nazi Germany. The digital, multi-platform, educational project assesses the historical magnitude of May 9th, 1945 through personal impressions of contemporaries and from the fresh perspective of digital art and creativity. It is a story of Victory told by the young, for the young, using the tools and language of modern media over five social networks.

Since the start of the project January 13th 2020 #VictoryPages generated more than 2 million impressions, 100,000 engagements and over 300,000 video views (and counting).

Video for Lessons of Auschwitz: VR tribute by school students 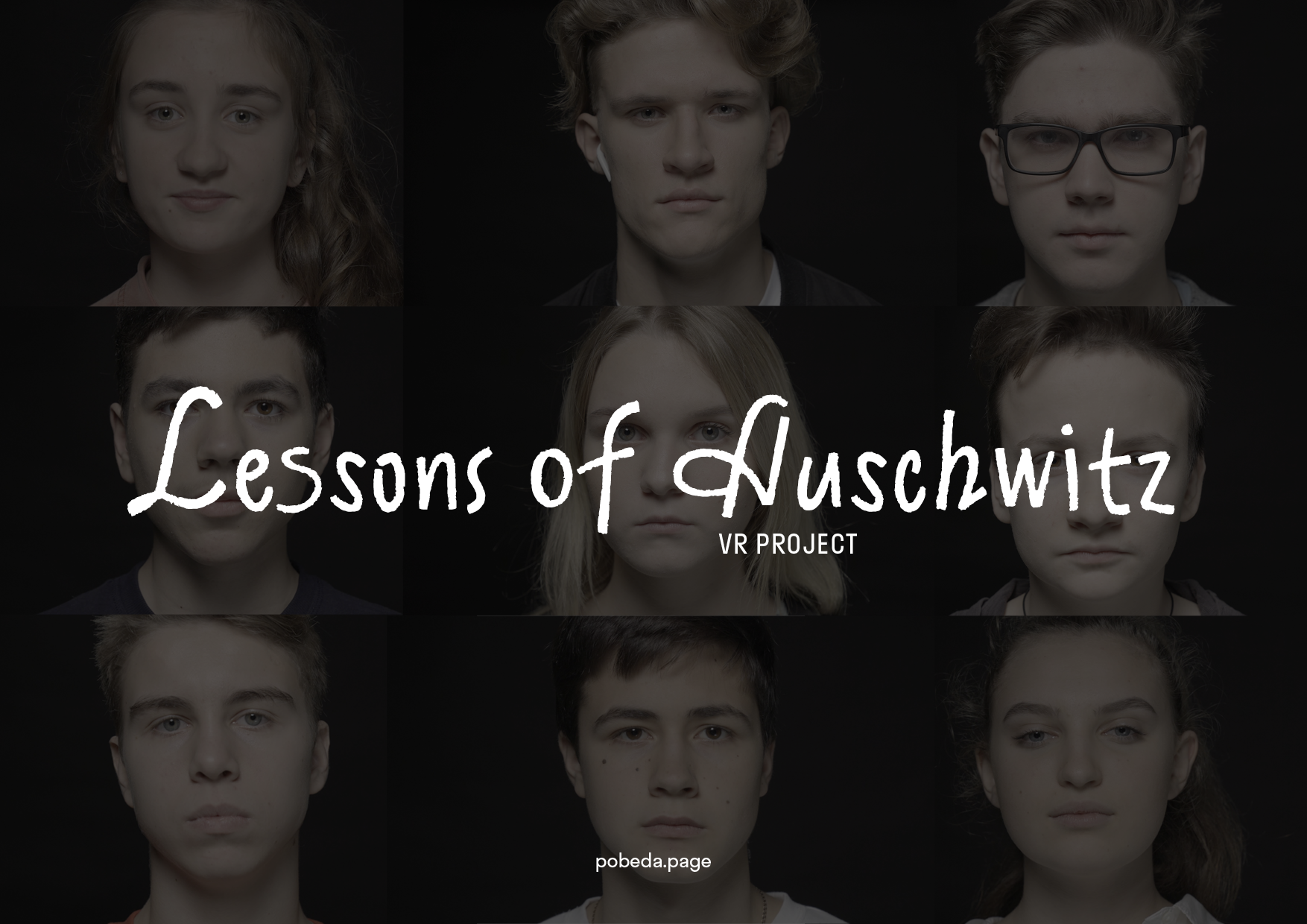 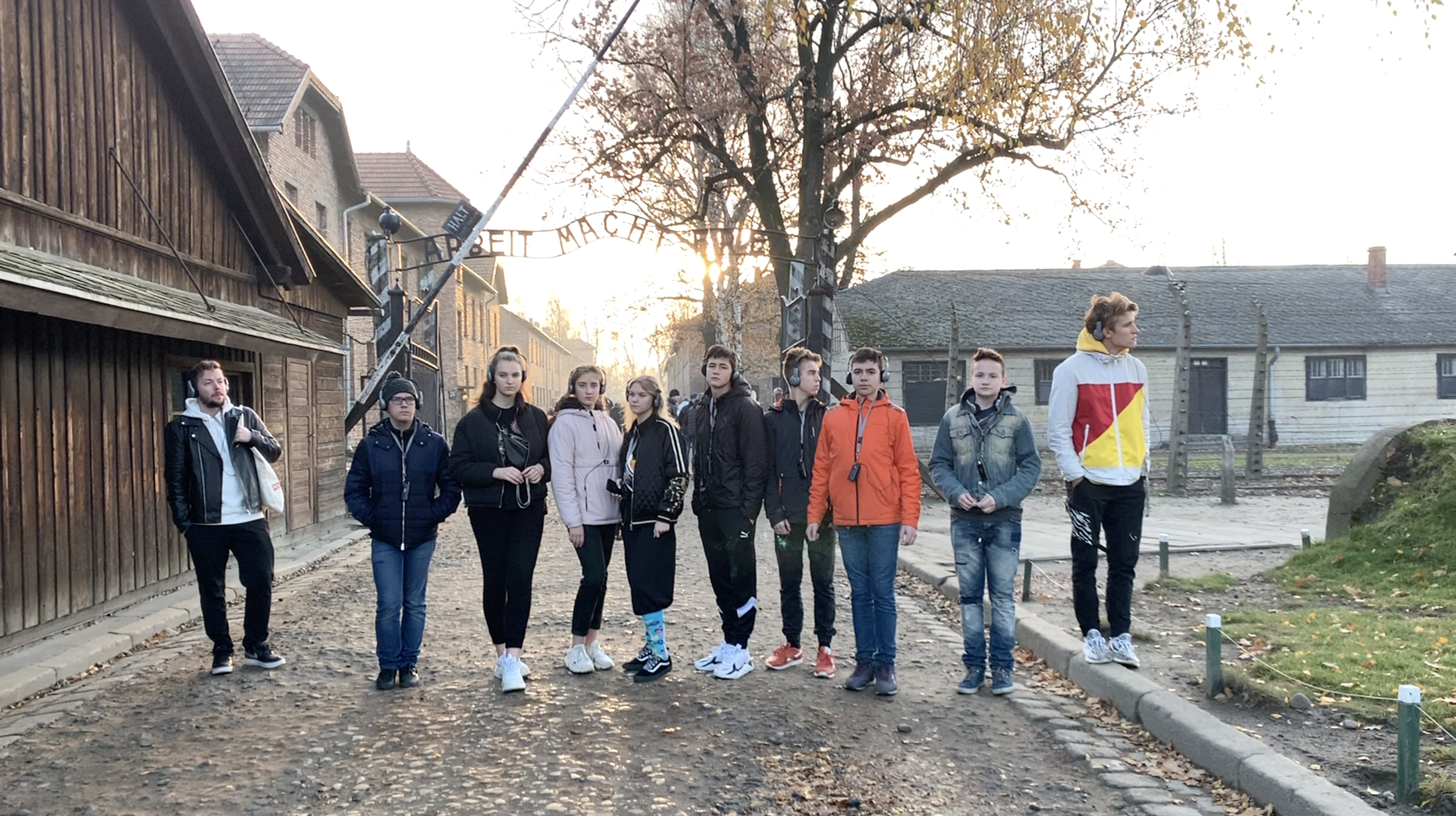 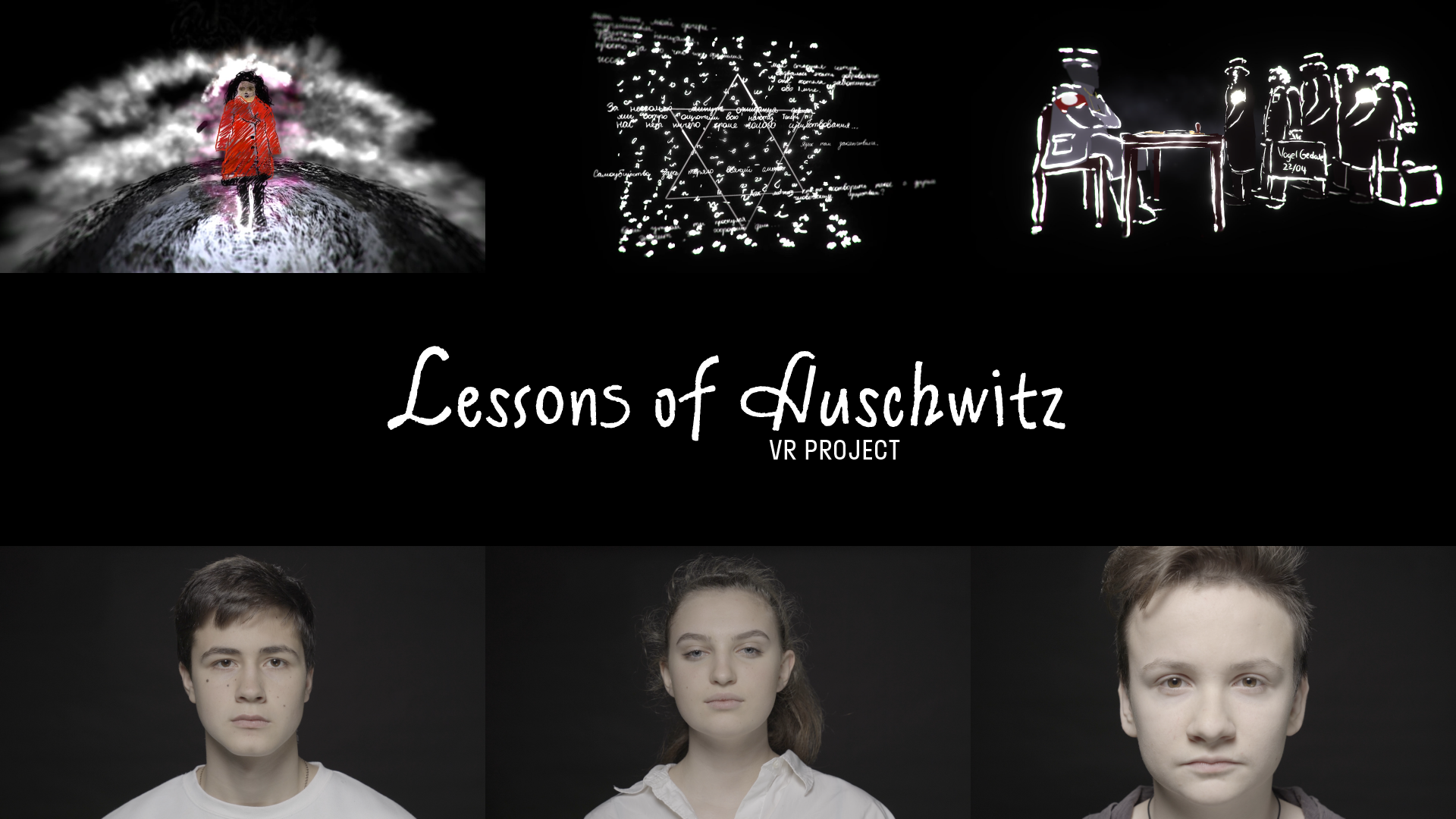 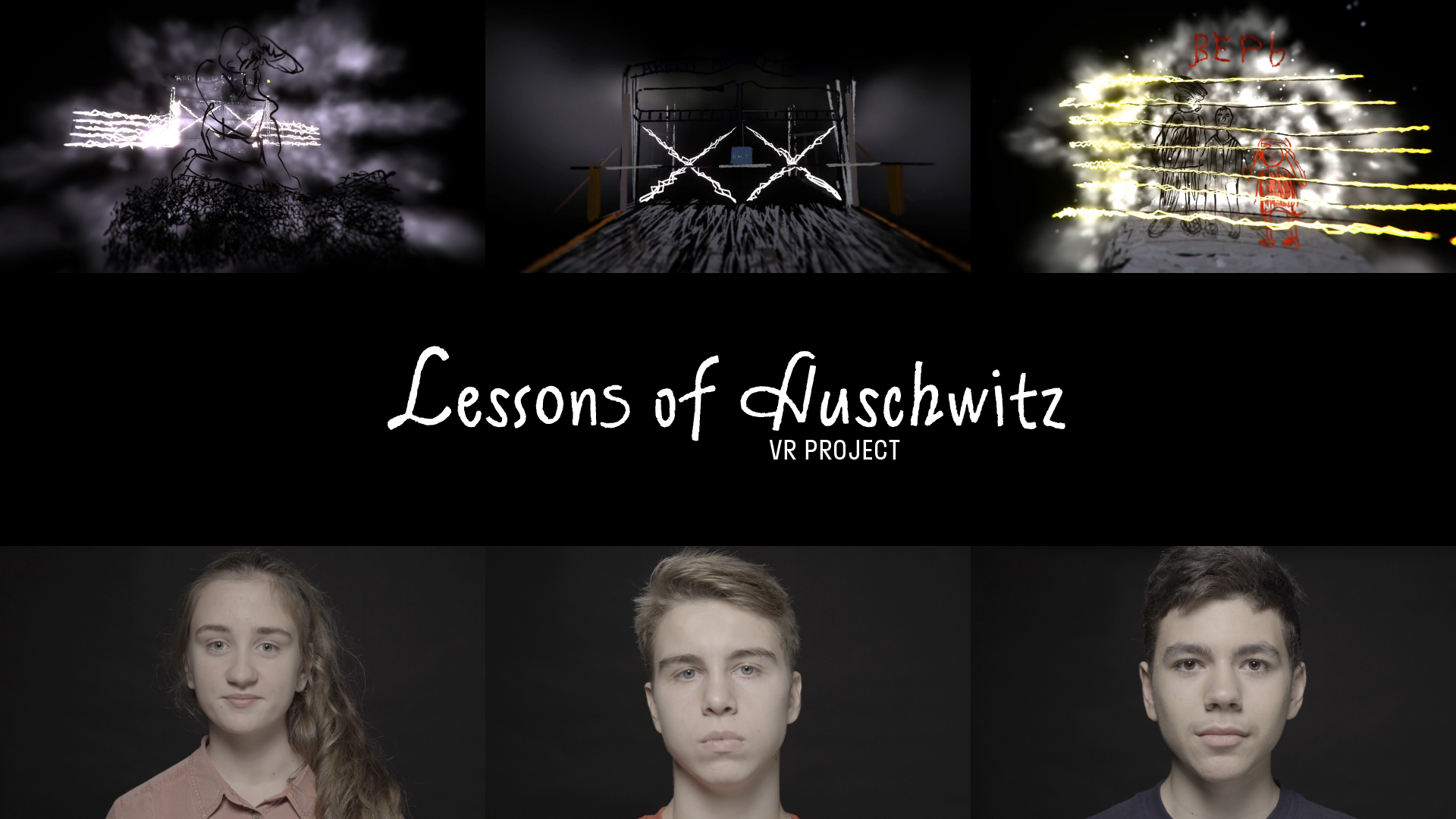 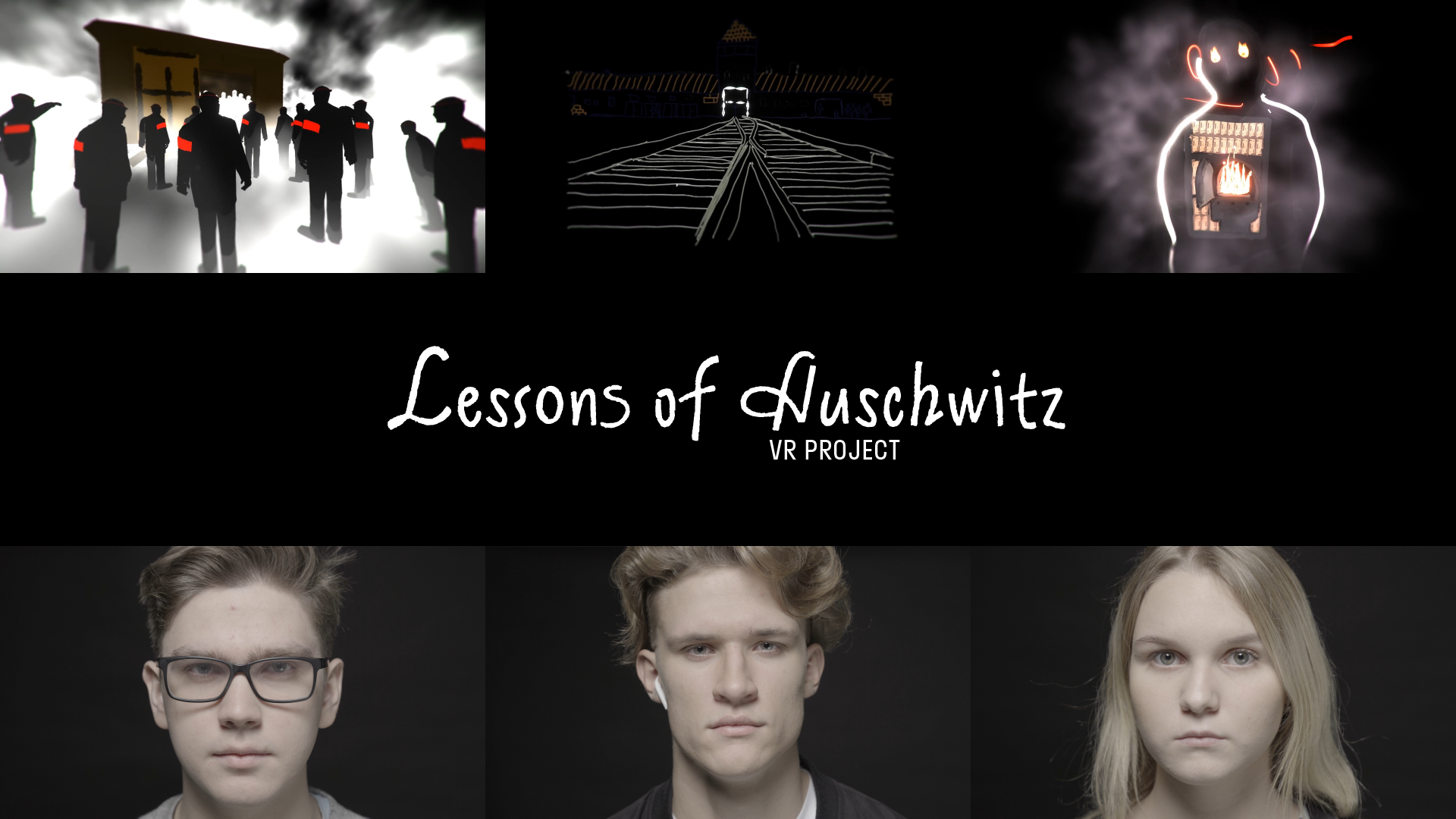 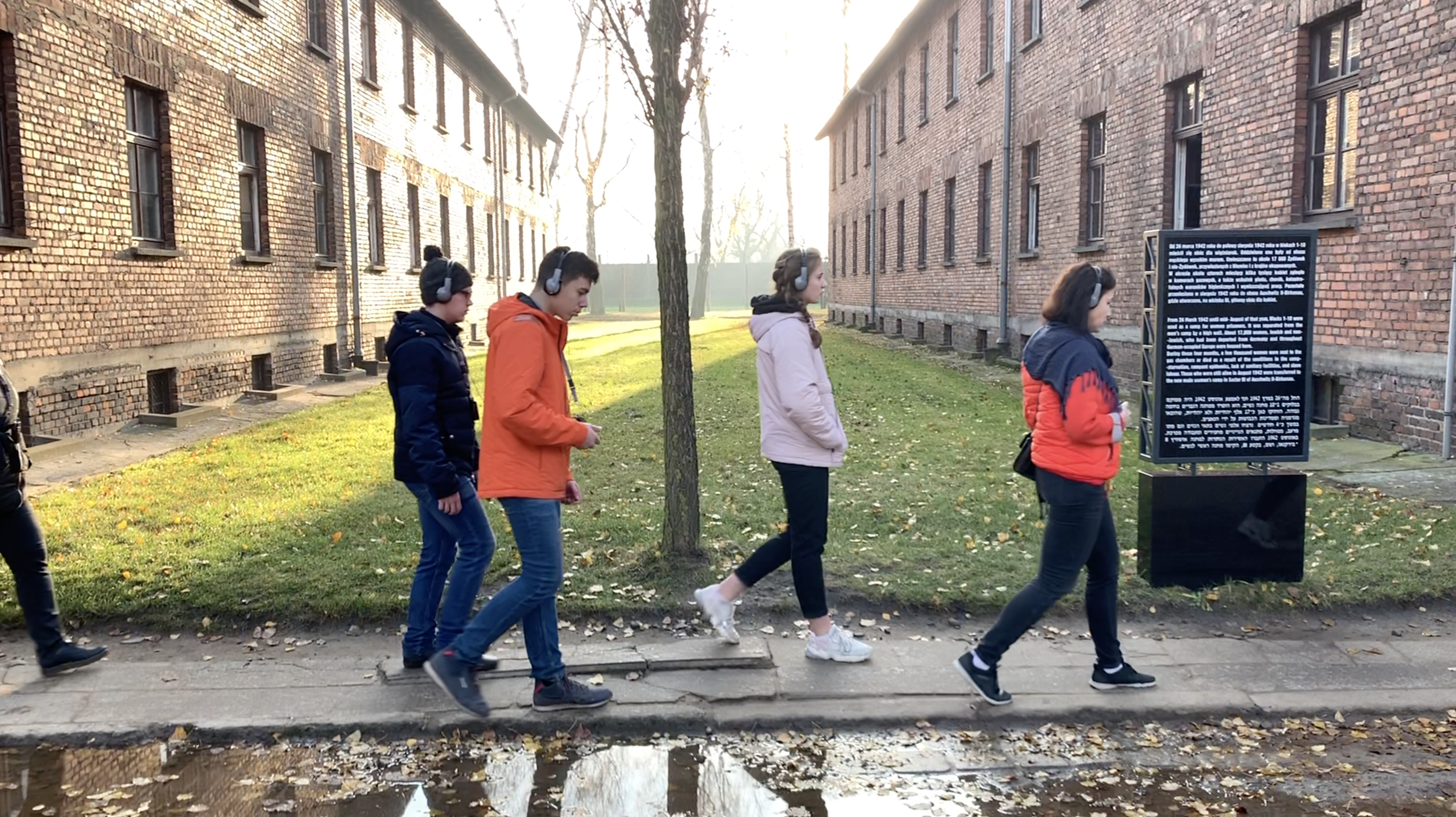 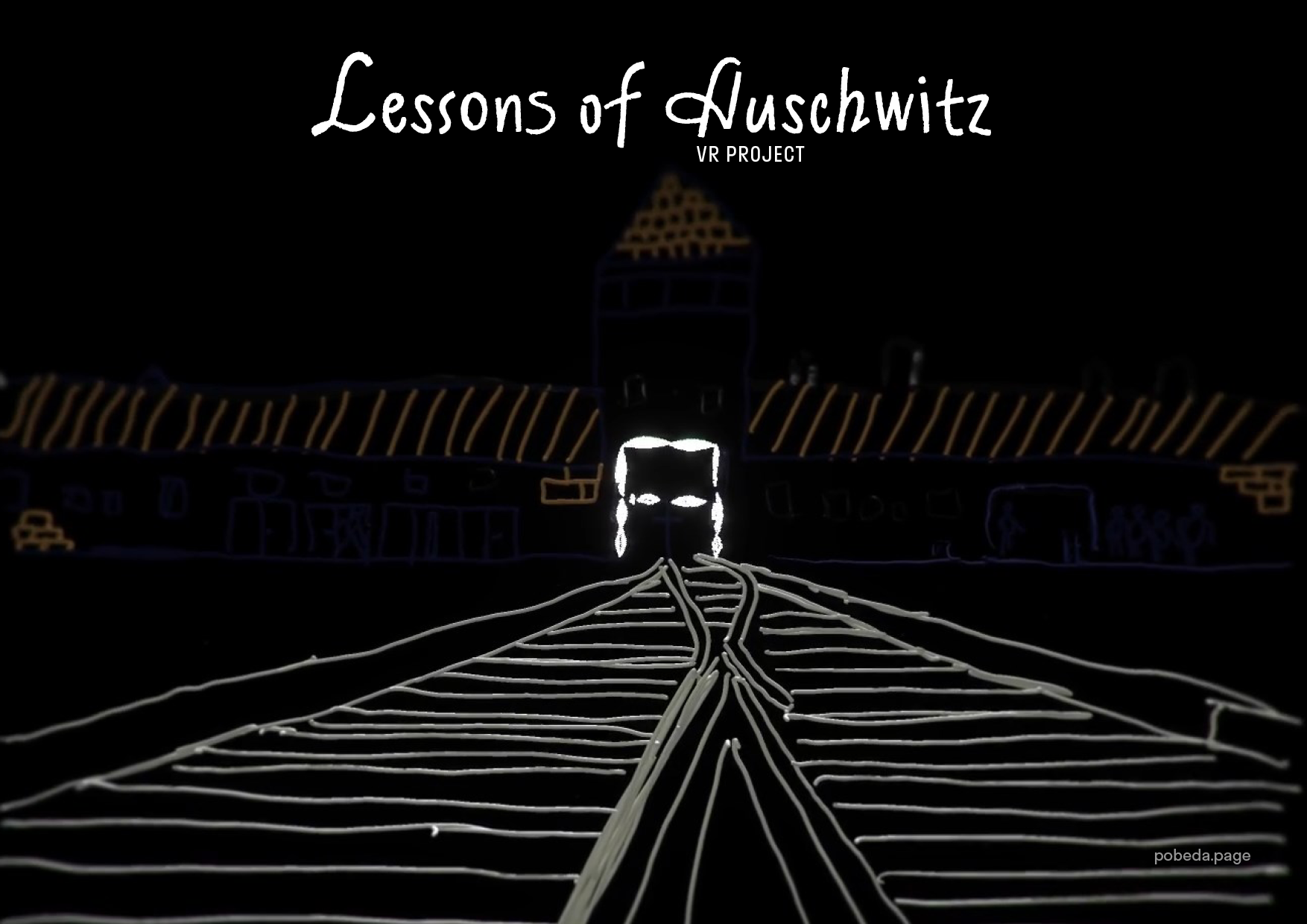 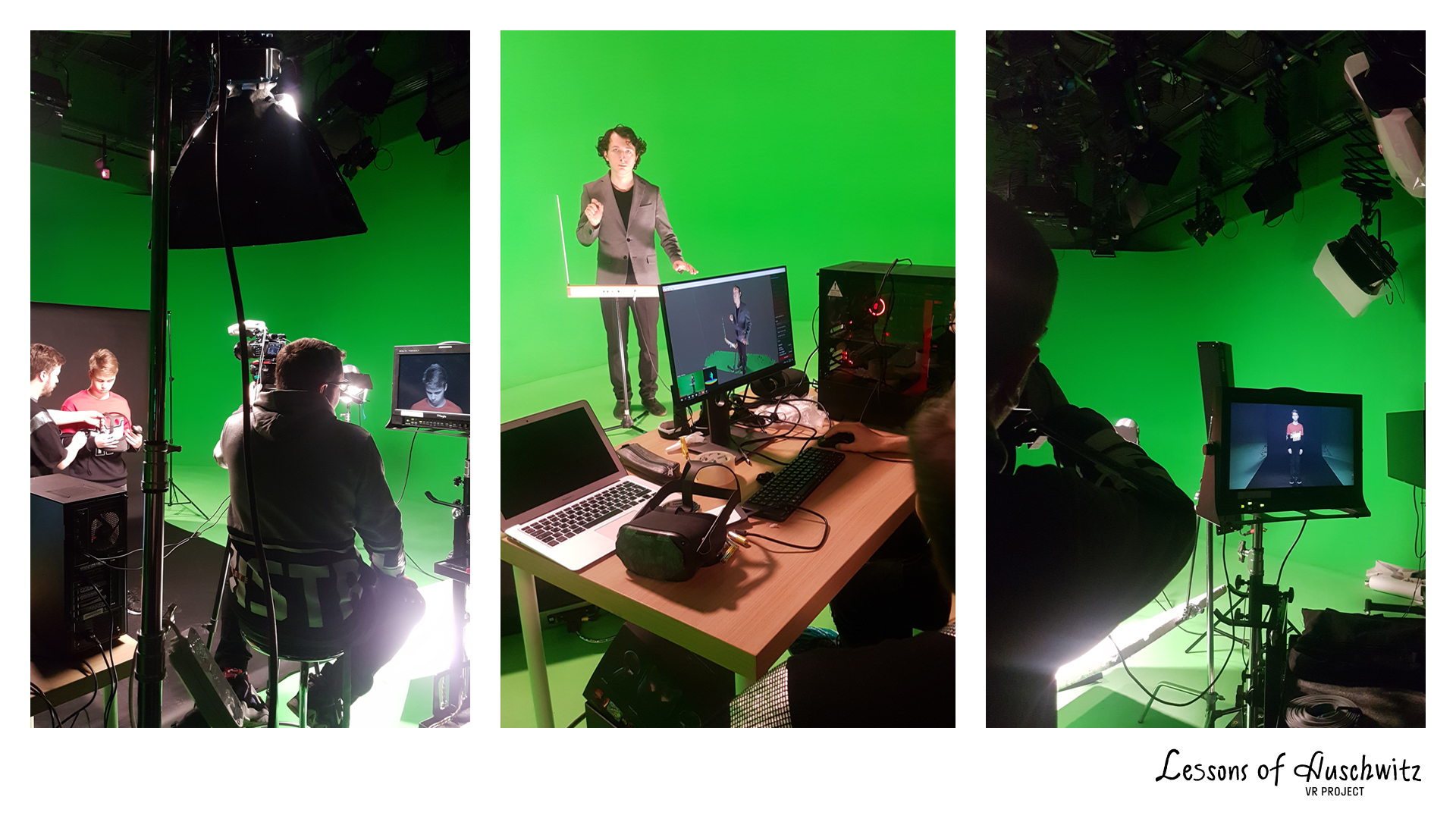 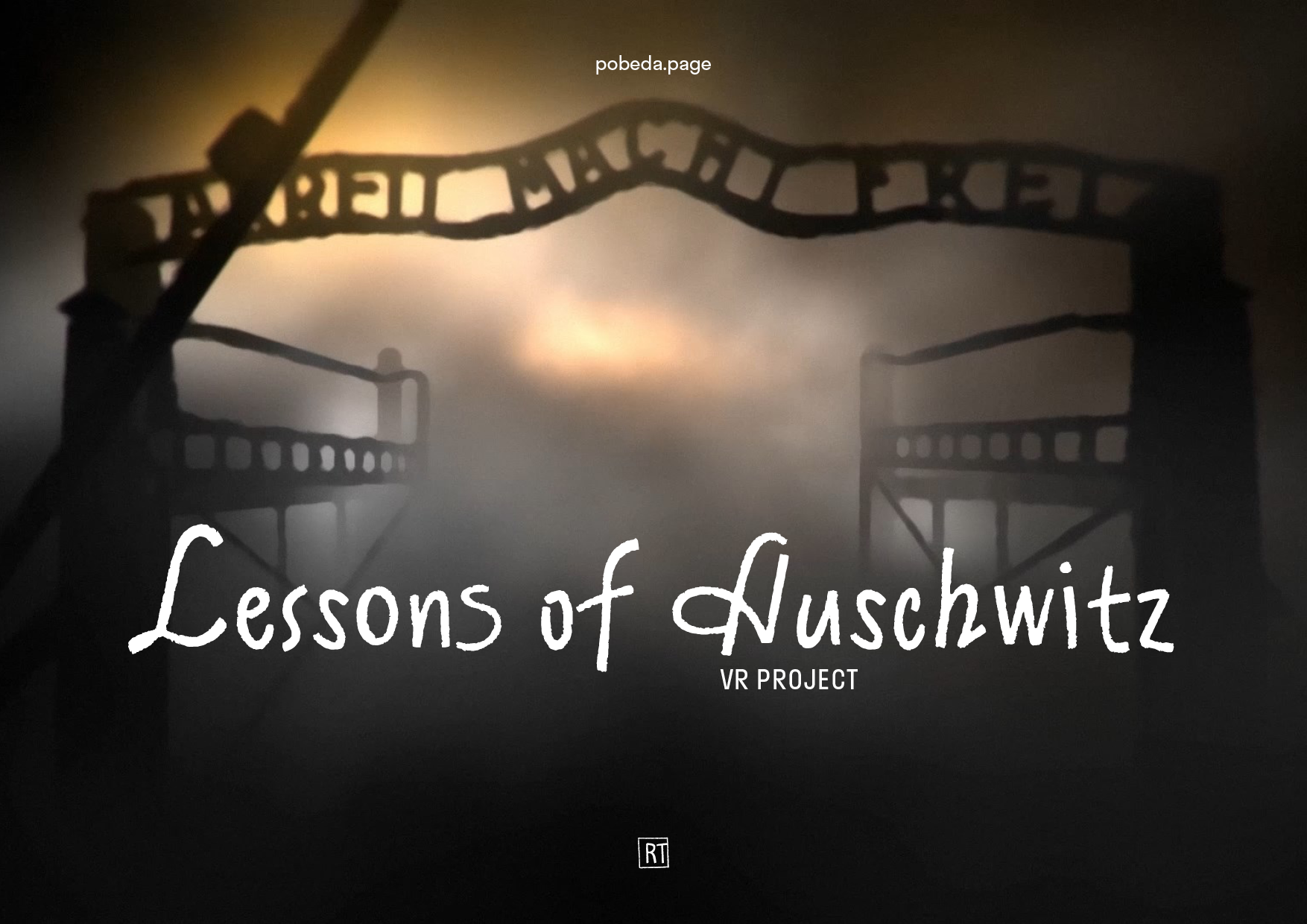