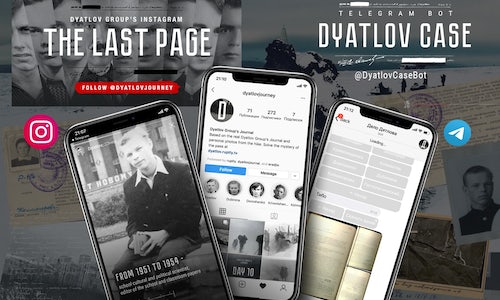 On February 1st 1959, the bodies of nine experienced hikers were discovered in the Ural Mountains, showing signs of gruesome yet puzzling injuries. All nine had fled their base camp in a blizzard without proper clothing or equipment. The truth of what happened to them has never been established.

On the 60th anniversary of the tragedy in 2019,  Ruptly decided to revisit this oft-told story in a new and immersive way – inviting audiences to become investigators and collaborate in solving this enduring mystery. Compiling new and existing footage, conducting interviews with police and experts, unearthing long-forgotten documents and even retracing the group’s fateful journey, it curated a bespoke online platform inviting visitors to explore, share and contribute to solving the mystery of the Dyatlov Pass.

We set ourselves the goal of intriguing and engaging 1 million people in exploring the mystery of Dyatlov and thereby underlining Ruptly’s brand values as an innovative, ground-breaking news agency. Further to this, we wanted to cement our skill as a house of news content (archive and current) reaching beyond our traditional broadcaster/publisher sector to engage a younger audience of writers, journalists, bloggers and independent content creators, and inspire them to use and engage with our content.

Using the bare remnants of the hiking group’s diary for inspiration, Ruptly dispatched a crew to retrace their fateful journey through the Ural mountains and walk the path now known as The Dyatlov Pass, named after the group’s leader Igor Dyatlov. Along the way they interviewed local residents and tribespeople, scientific experts and police investigators, to provide a rich mix of content curated by Ruptly. We fed an Instagram account with new and archive images (as if the original hikers were posting to the account themselves) to engage an ever-growing following with interactive content that  encouraged real-time debate and discussion of theories surrounding the mystery.

On their return, the team produced a 30-minute documentary of the found and new content which premiered on Russian social media network VK detailing the background to the case, and feeding an already engaged community to further share material and discuss elements of the case. The documentary was later picked up by Russian television. At the same time, Ruptly uploaded all its catalogue, a mountain of documents from the original investigation (including diary extracts, coroner reports, original photos and witness testimony) onto Telegram for others to access, download, examine and produce in their own content. Also, on Instagram, followers could access profiles of the original hiking group, investigating their backgrounds, and directly pose questions to selected experts who we had interviewed for the platform.

As a final curative step, Ruptly developed  a dedicated, interactive website where each strand  of its documentary investigations were brought together. The site – which appears in English, Spanish and Russian – is structured to allow visitors to follow the daily progress of the original hikers; day-by-day, pausing along the way to look at evidence presented as “click to watch expert views”. Multiple viewpoints are offered that forward the story or debunk certain theories, allowing viewers to hunt for inconsistencies or extract important clues.  Site visitors can then share their own theories and discuss elements of the case with each other on any social channel of their choice.

The project is a truly immersive experience, combining traditional media such as news and documentary, with modern digital platforms and social media to tell a legendary story in a unique, accessible and engaging way. The agency also ran an outdoor guerrilla poster campaign in target markets to drive further interaction.

Even prior to its completion, Ruptly’s Dyatlov project was causing a stir on social media and descendants of the tragic hikers later held a press conference in Russia demanding the case be reopened – which it was –  a rare case of an agency that sets out to tell a story and ends up becoming part of it.

The project immediately became a sensation on social media, especially in Russia where the Dyatlov Pass story had become folk legend. A total of 59 publications wrote about the venture: The Village even highlighed the website as its Page of the Day. Ruptly’s Dyatlov Pass microsite earned 150,000 organic views in the first month alone (95,000 unique users), and the Instagram account gained 10,000 organic followers. 2,800 users downloaded material from the project’s Telegram account.

In total, the Ruptly’s Dyatov Pass project reached an audience of 4,630,000 consumers, almost 5 times its original objective – many of whom had never heard of Ruptly before and almost all of whom were outside its traditional B2B sector of professional media outlets.

The project far exceeded its objective of enhancing the Ruptly brand as innovative and mould-breaking, while also establishing the brand amongst an entirely new audience – open to receiving more from the organisation, and actively engaging with its content still. 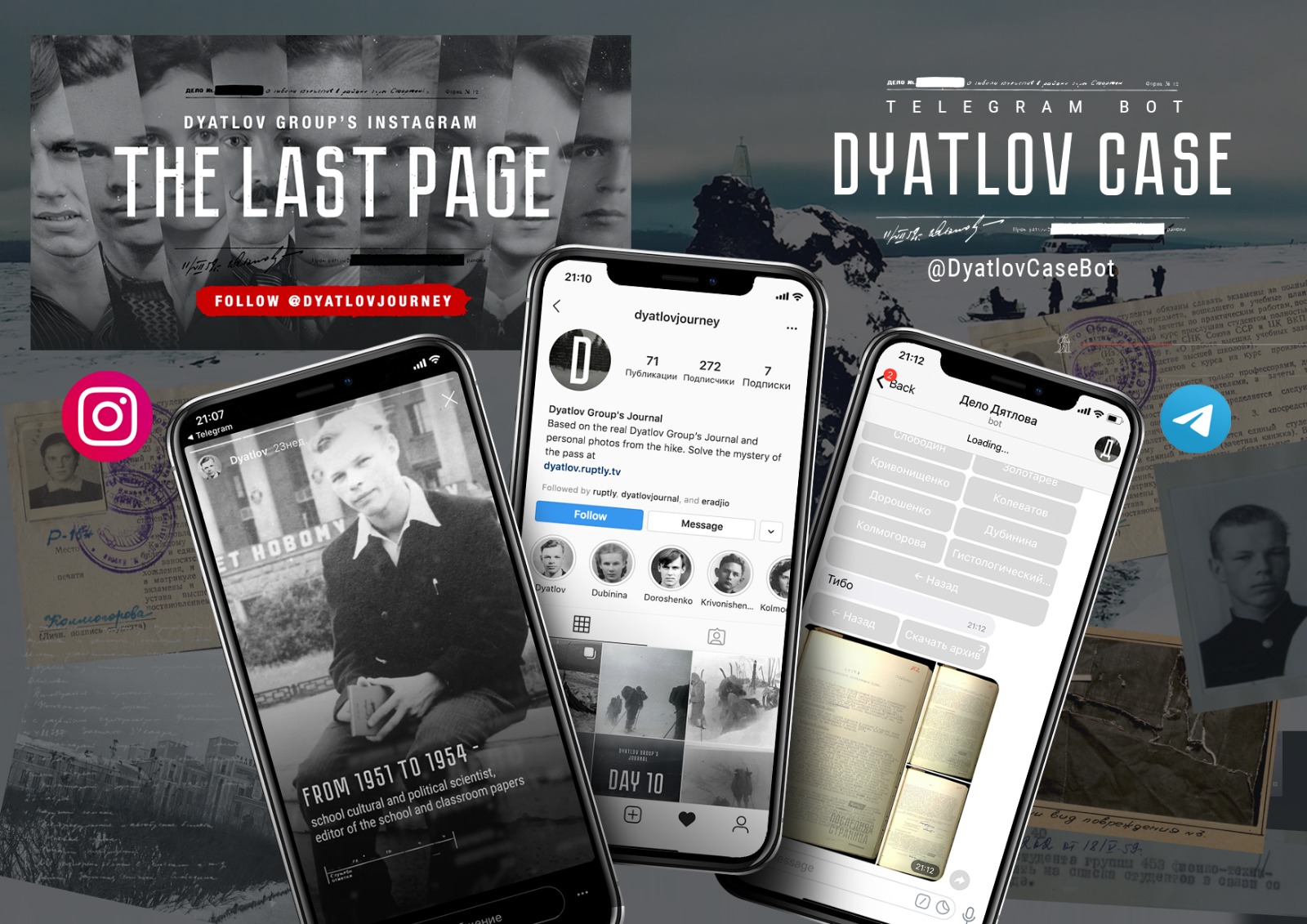 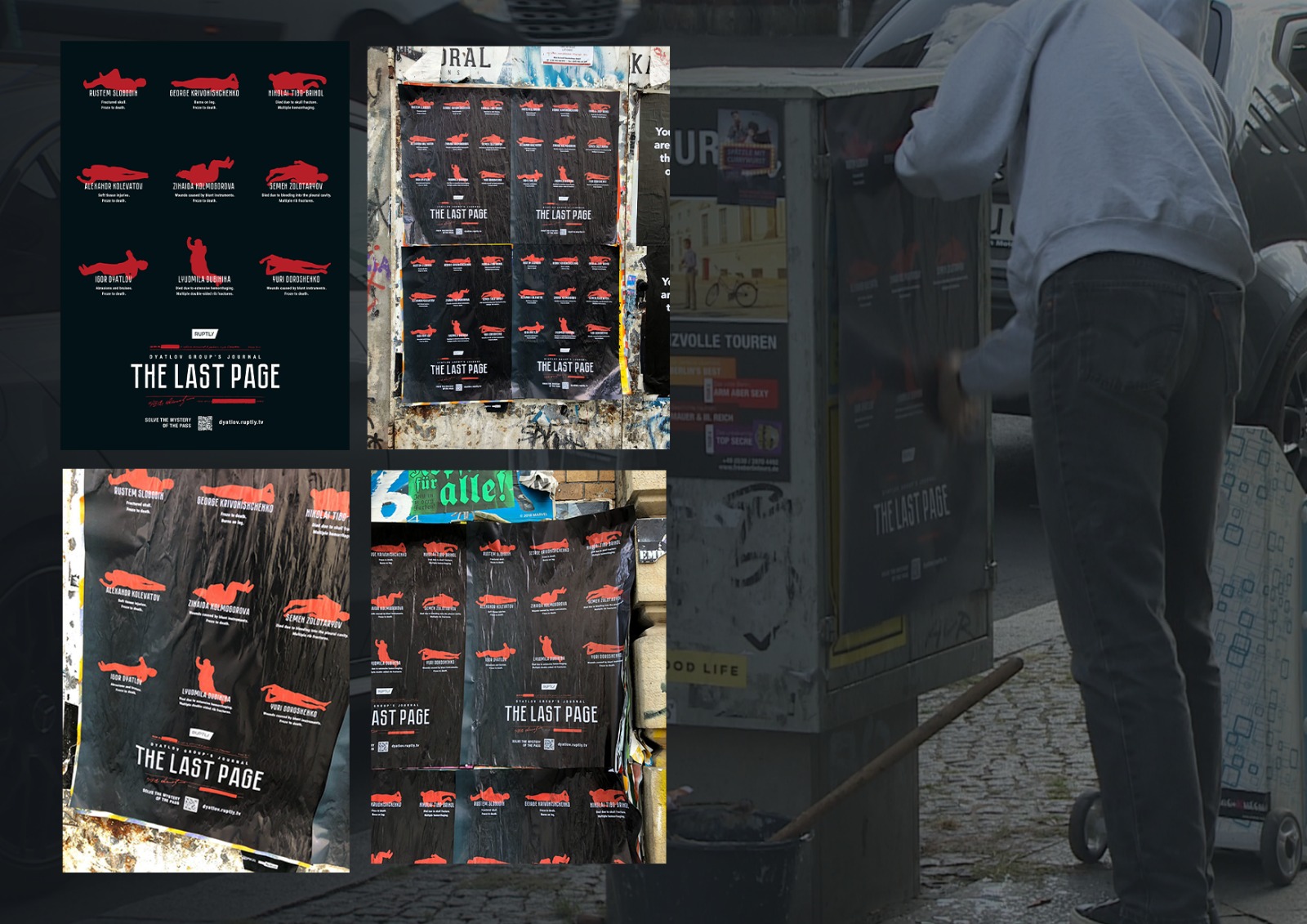 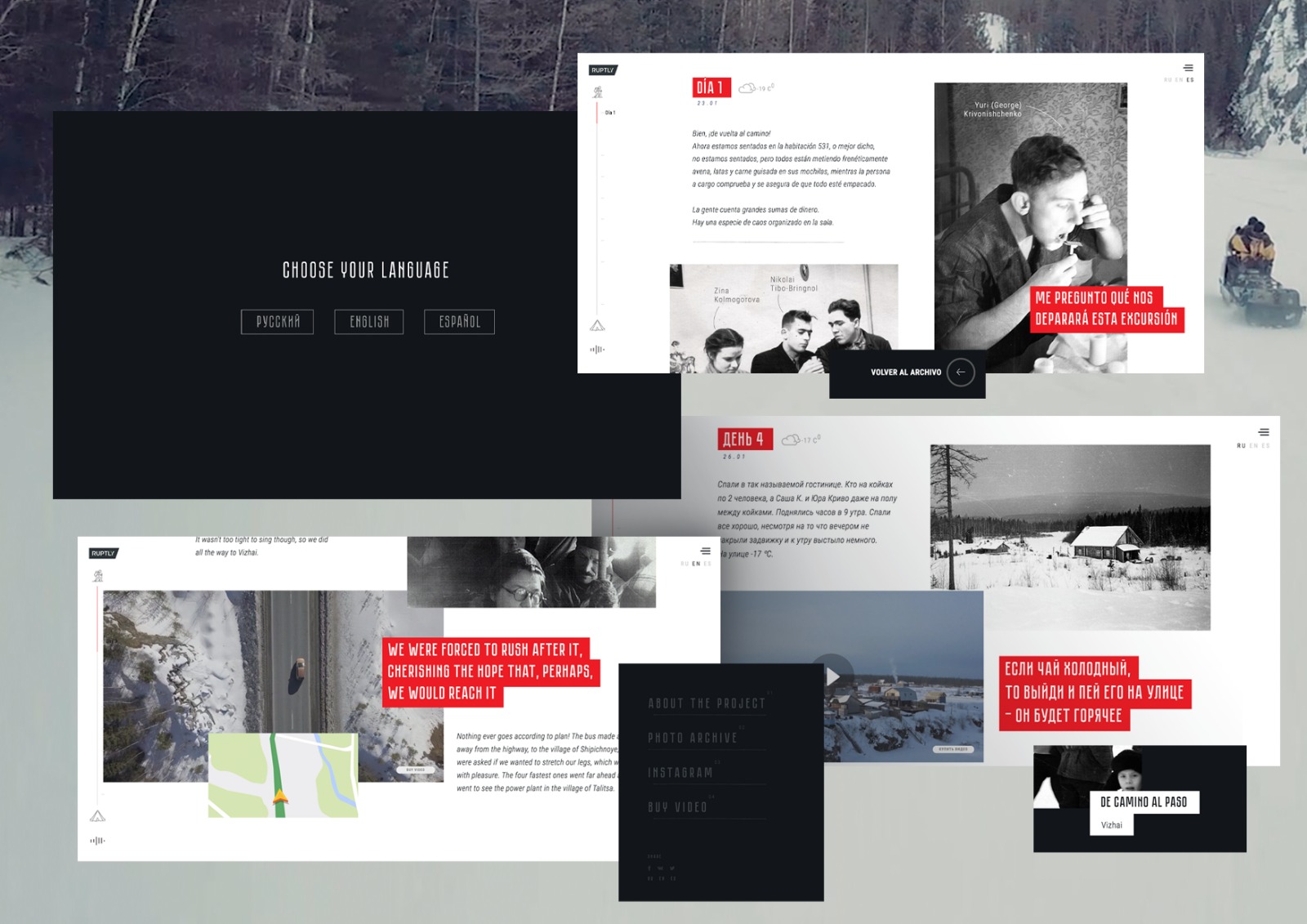 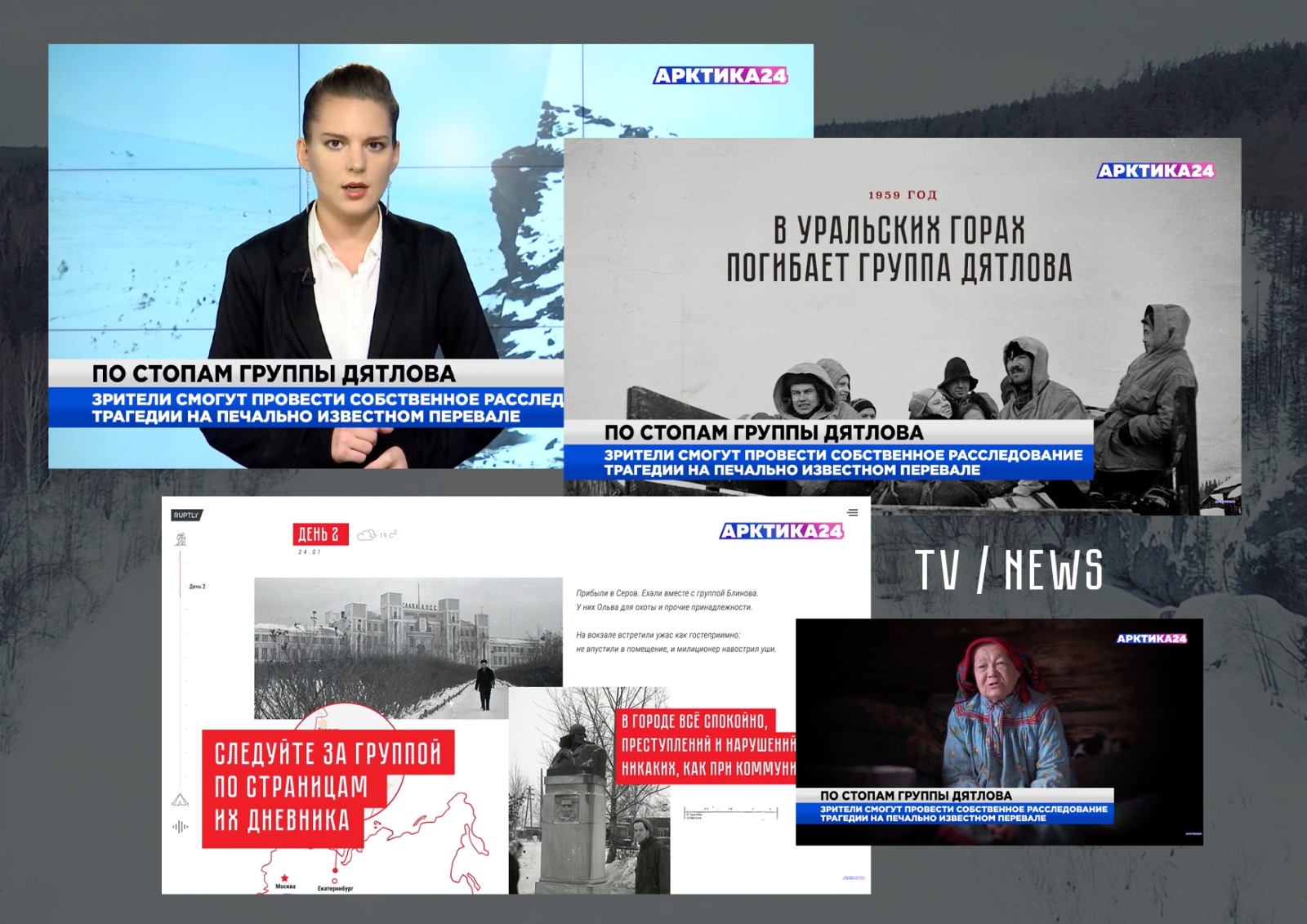 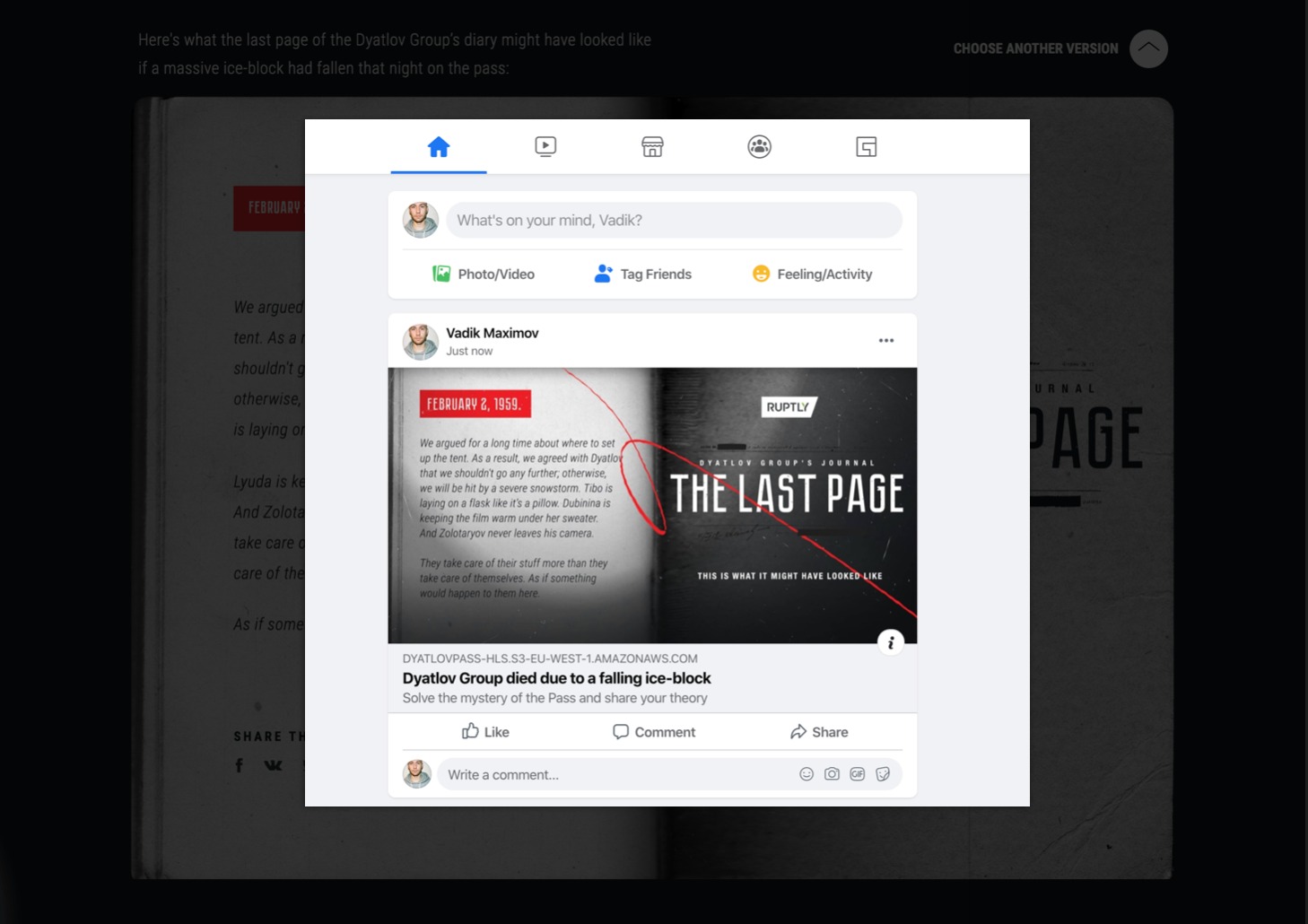 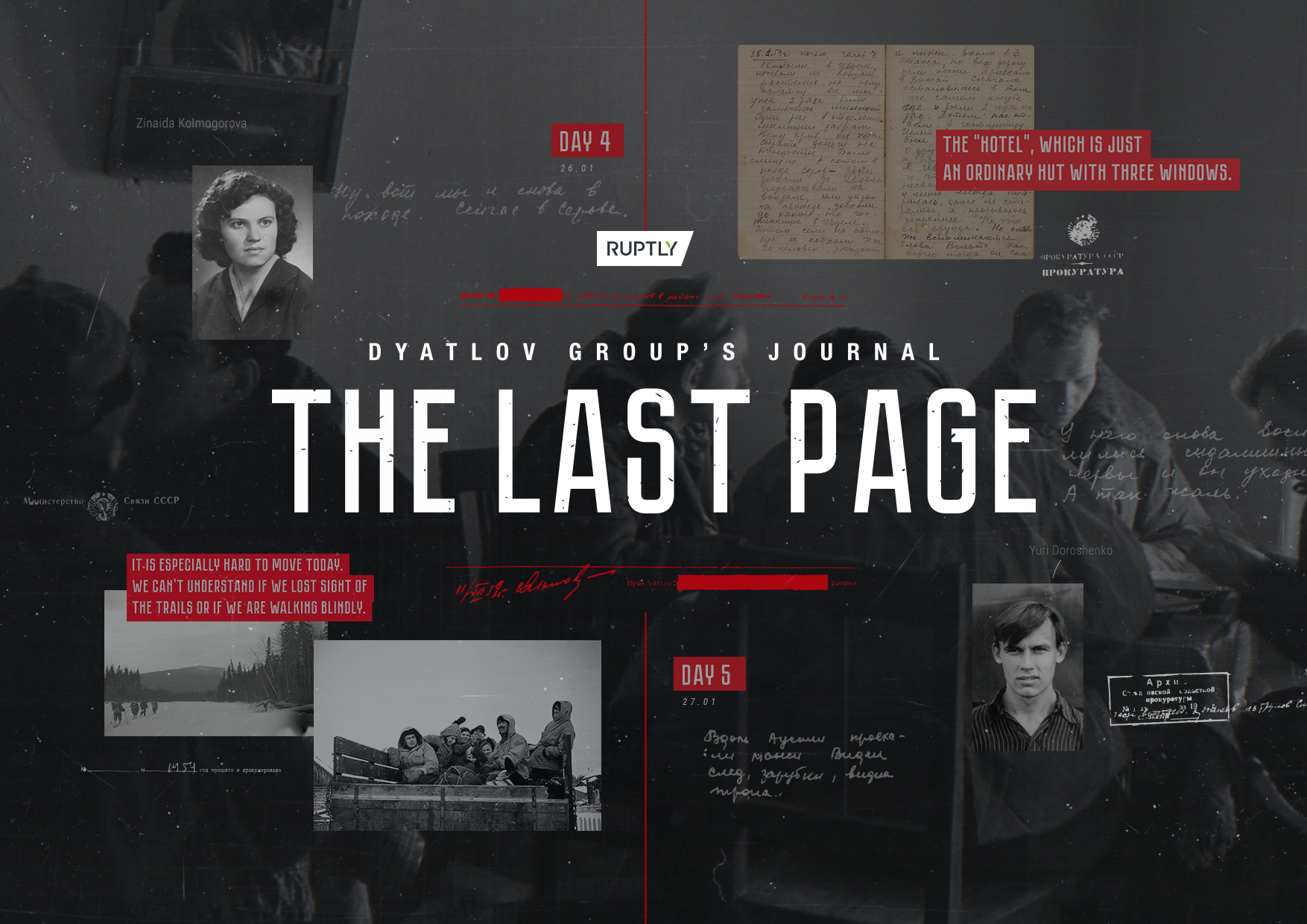 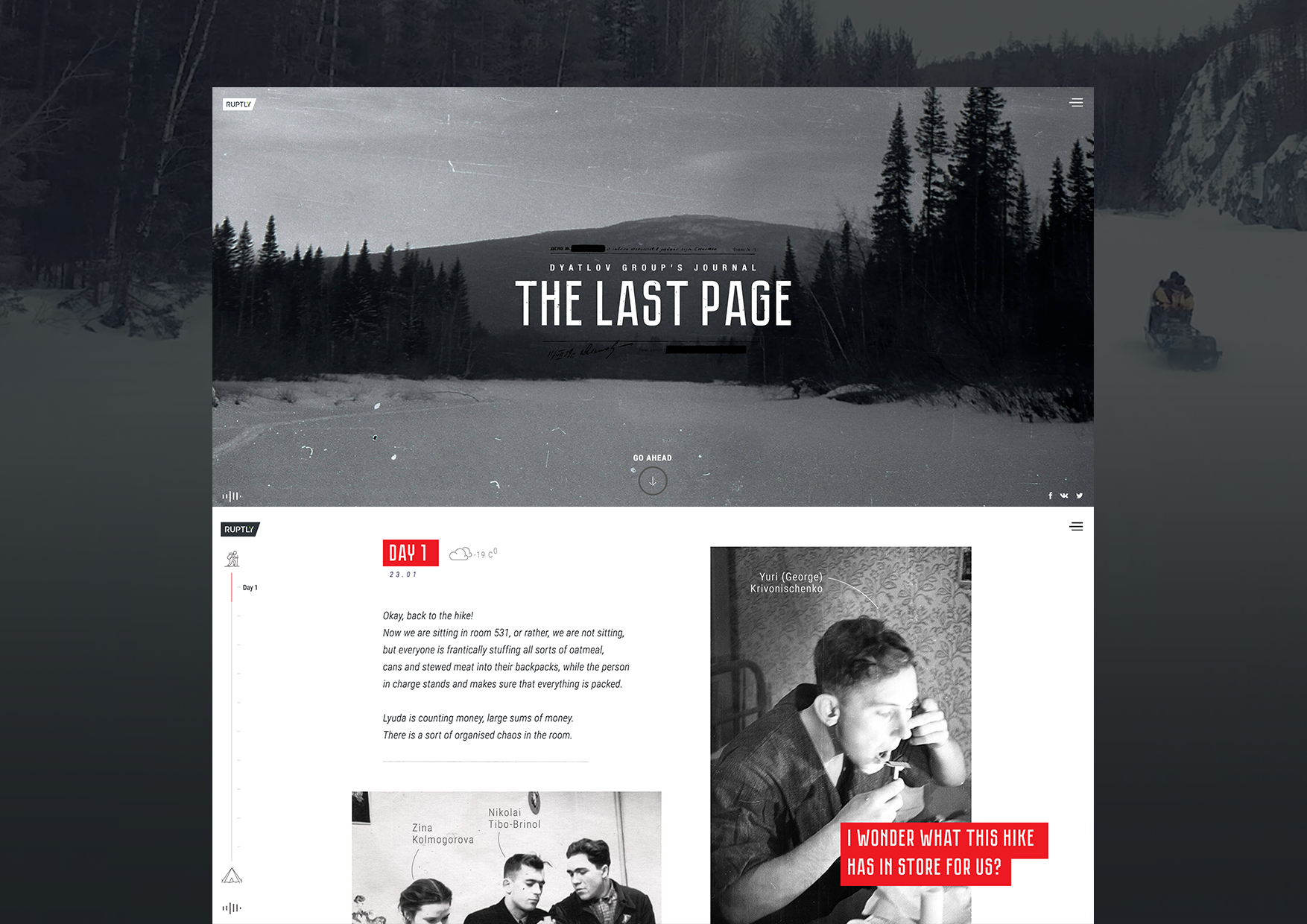 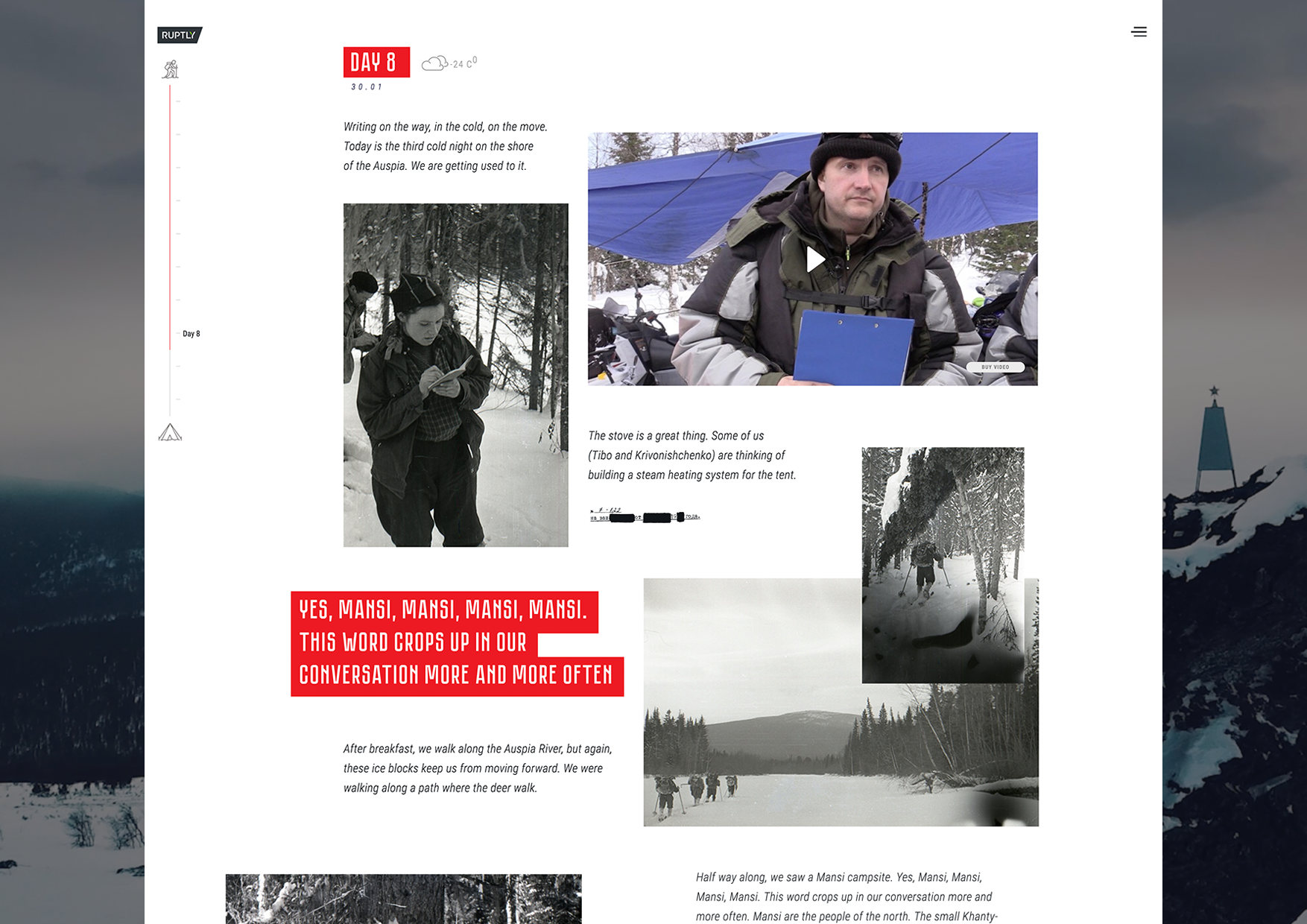 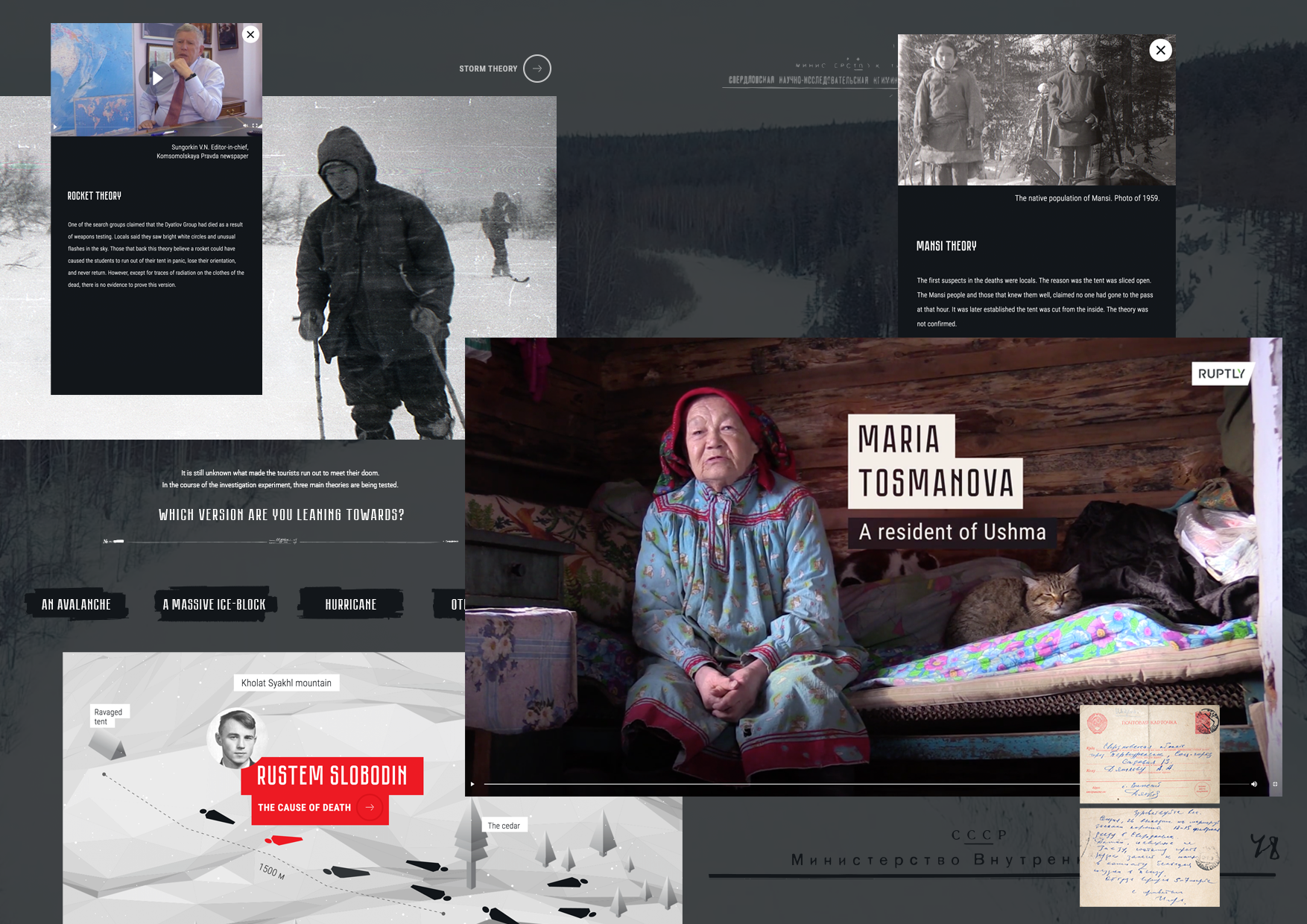