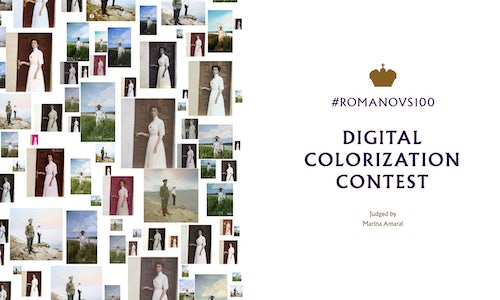 #Romanovs100 is an online documentary "photo-puzzle" which merges a large set of visual data with transmedia storytelling to piece out the big picture of a "lost Russia". With a key objective to engage audiences in learning experiences, we partnered with artist Marina Amaral, the colorist behind 'Faces Of Auschwitz' and 'English Heritage', to run a creative digital colorization contest using photos from the Romanovs family archive.

The Romanov archive is perhaps the first private photo chronicle in history to boast such detail and scope. #Romanovs100 was a "live" tribute to the last Russian ruling family, giving their photographs - once kept in archived family albums - a second, digital life in social media. Four thousand photos combined to create a dynamic narrative, which was then shared across social media platforms in innovative ways.

Our team's objective is to demonstrate how interactive educational projects can resonate with "new generations" fully-adapted to gadgets and a "news feed mentality"; to highlight how innovative storytelling can help young people engage with history.

With the #Romanovs100 digital colorization contest we tried to make inspecting and recoloring the historic photos an immersive process through which people learn history, experience the epoch through a faithful retreatment of old photos.

We offered our audience the chance to color rare images from the Romanovs collection. Every participant could choose & download any 3 photos that Brazilian colorization artist Marina Amaral selected for the contest. It was up to the contestant how many to color. Once finished, contest submissions were posted on Twitter, Instagram or Facebook using the hashtag #Romanovs100. We received dozens of artworks from all over the world - Indonesia, United States, Bolivia, Canada, UK, Switzerland, Russia, Philippines, Trinidad, Netherlands and many other countries. Artworks were created by professional artists as well as people trying their hand at digital colorization for the first time. Contestants of all ages took part - the youngest being 11 and 13 years old, while the oldest was a 70 year-old University professor in Chile. The winners were awarded 2 books - "The Colour of Time" by Marina Amaral and Dan Jones and "#1917LIVE: The Russian Revolution in Tweets".

"Colorization of photos is an art through which we can express ourselves. It is truly refreshing to see that people are beginning to understand that digital media can offer some powerful educational tools." 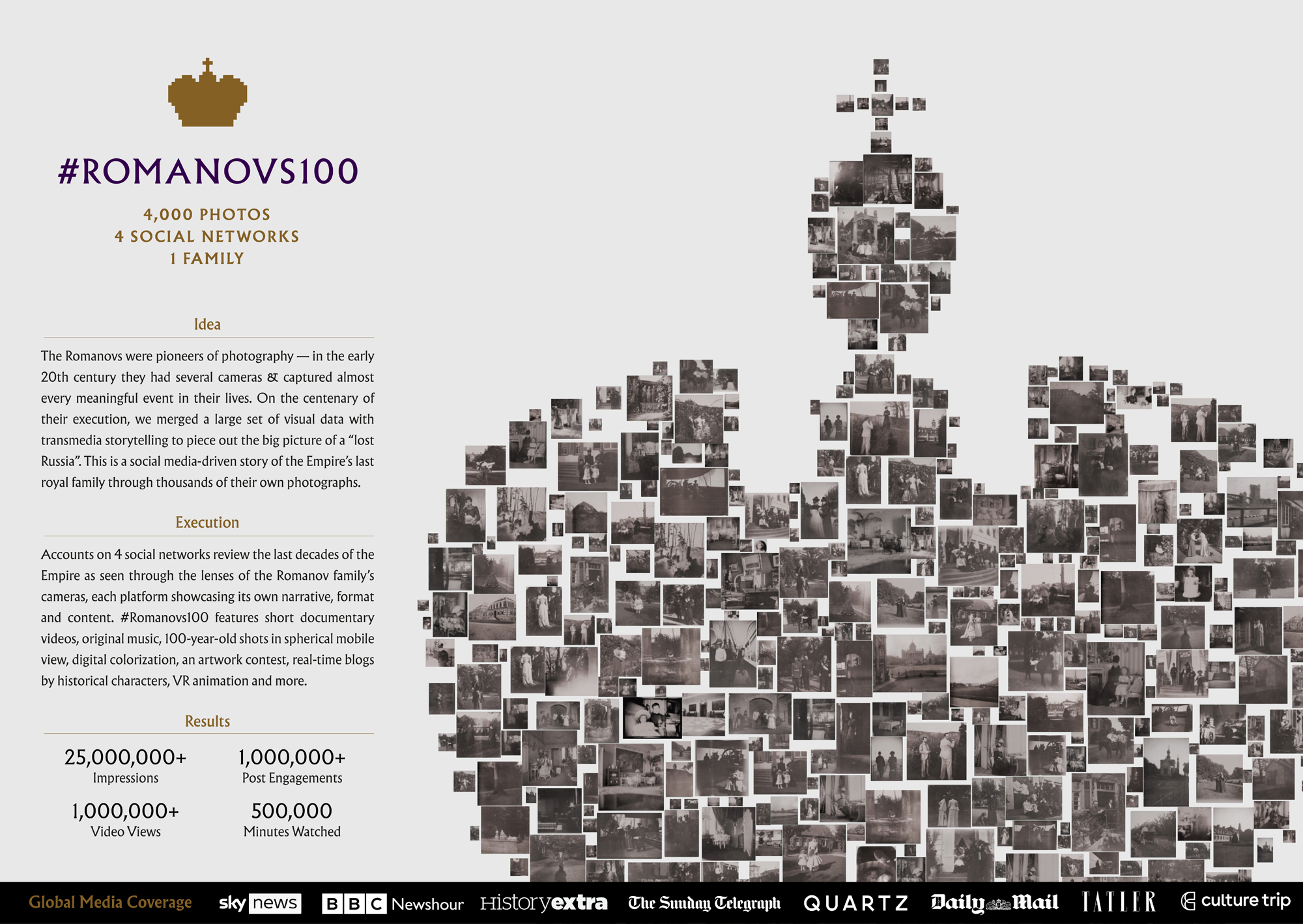 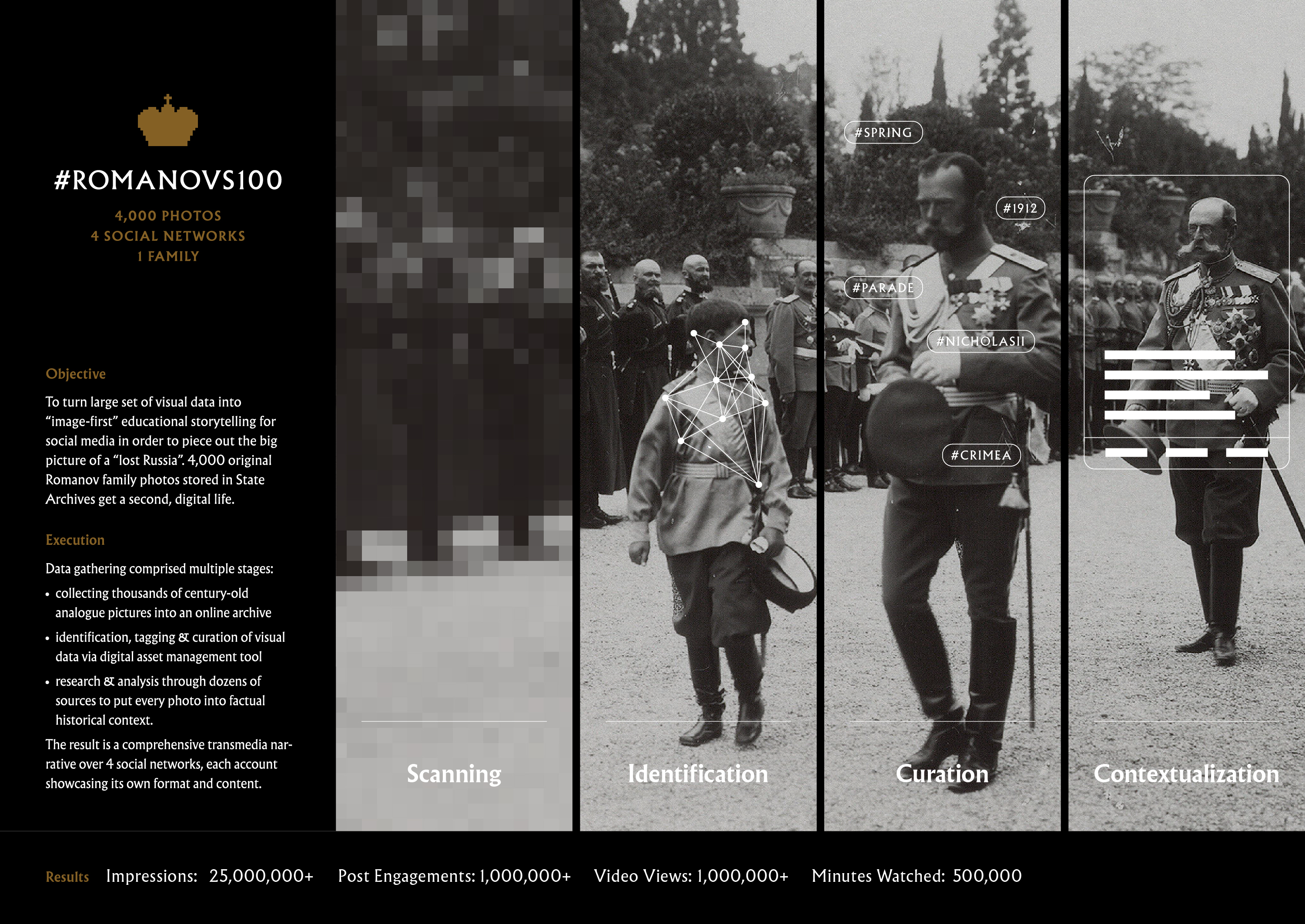 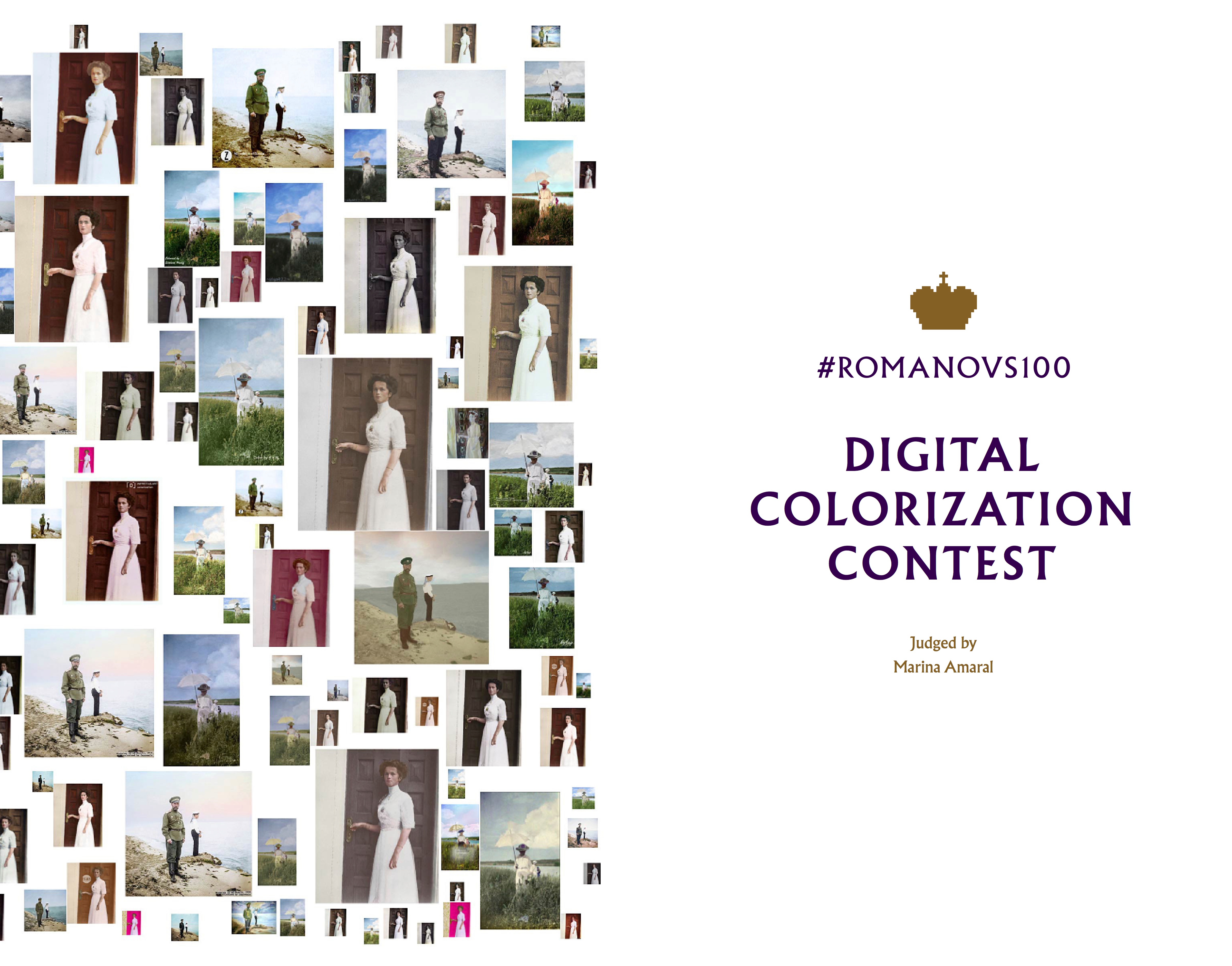