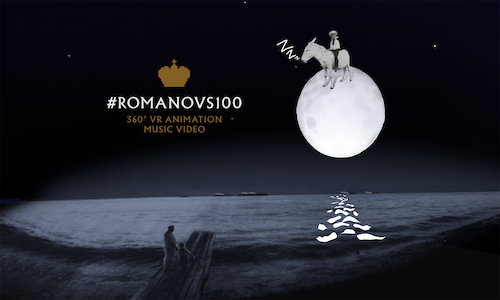 The Romanovs, Russia's last royal family, were photography pioneers. They owned and made regular use of the first Kodak portables, capturing almost every meaningful event of their lives.

The former Tsar, Nicholas Romanov, his wife and their five children were brutally executed by Bolsheviks on July 17th 1918. To pay tribute to the family, we worked on a large set of visual data for a transmedia storytelling experience that pieces out the big picture of a "lost Russia".

#Romanovs100 is a comprehensive cross-platform social media project unveiling 4,000 photographs from a unique collection preserved by the Russian State Archive. This vast family chronicle is a detailed first-hand witness account of the early 20th century - for decades this part of Russian history was eradicated from school-books and kept in the dark during the Soviet rule. Today, we bring it back to the spotlight.

Accounts on four social networks review the last decades of the Russian Empire, seen through the lenses of the Romanovs' cameras. Each account showcases its own narrative, format and content. #Romanovs100 is a research into history through the visual language of photography combined with the digital reality of social media.

With the goal of promotion the project, we decided to release a VR Animation music video for the track 'Lullaby' written by famous Russian singer and composer Peter Nalitch as part of the #Romanovs100 soundtrack.

Despite the gruesomeness of the Romanovs murder, we aimed to finish the project with a note of hope and love. So we sought to imagine how young Tsarevich's dream might look like if we turned some of his child photos into VR animation?

We picked 10 images from the Romanovs photo collection, collaborated with famous Russian singer Peter Nalitch to compose a tender tune (as if Romanovs are singing a lullaby to their children) and built a surreal world around photos and lyrics in VR animation. The created artwork is unique as it combines century-old photos with VR animation in Quill with cinema and After Effects. Drawn and animated in Virtual Reality, the clip was turned into a unique 360 experience.

'Lullaby' is an adventure into the dream world of young Tsarevich Alexei — a mixture of child fantasy, drawings and photo-memories. It's an amazing children's world where reality is augmented with imagination.

#Romanovs100 is widely acclaimed by educators, historians and researchers in higher-education. Our team already made several presentations at 2nd and 3rd level institutions. The project was selected to be part of the official program at America's biggest creative festival - SXSW 2019 in Austin, Texas. #Romanovs100 will also showcase at ASU GSV X forum in San Diego, focusing on innovations in education, and PromaxBDA Europe, gathering the best-in-class creative case studies in TV industry.

Our short documentary videos on Facebook and YouTube gained 1+ million video views with over half-a-million minutes of watchtime. 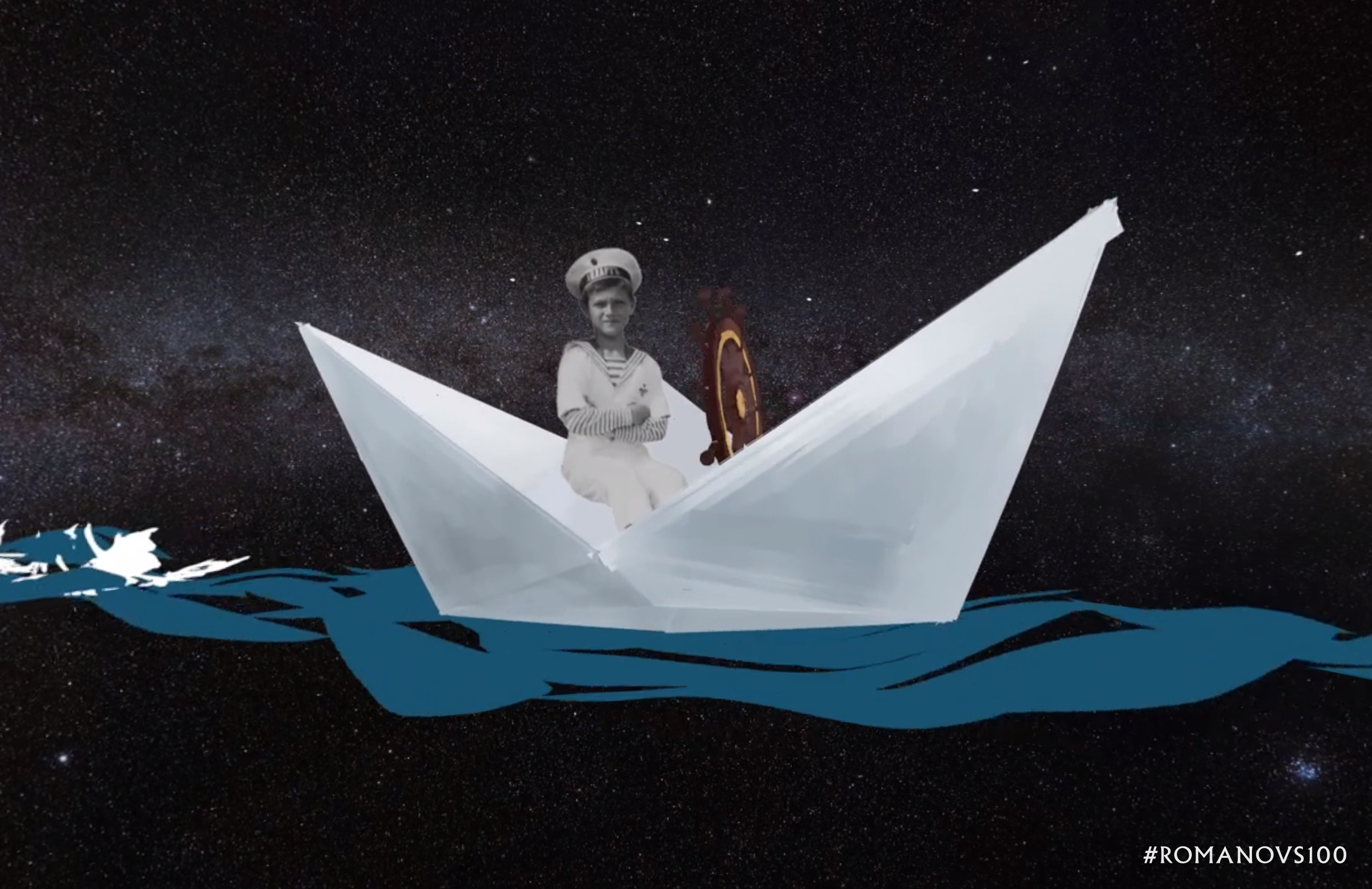 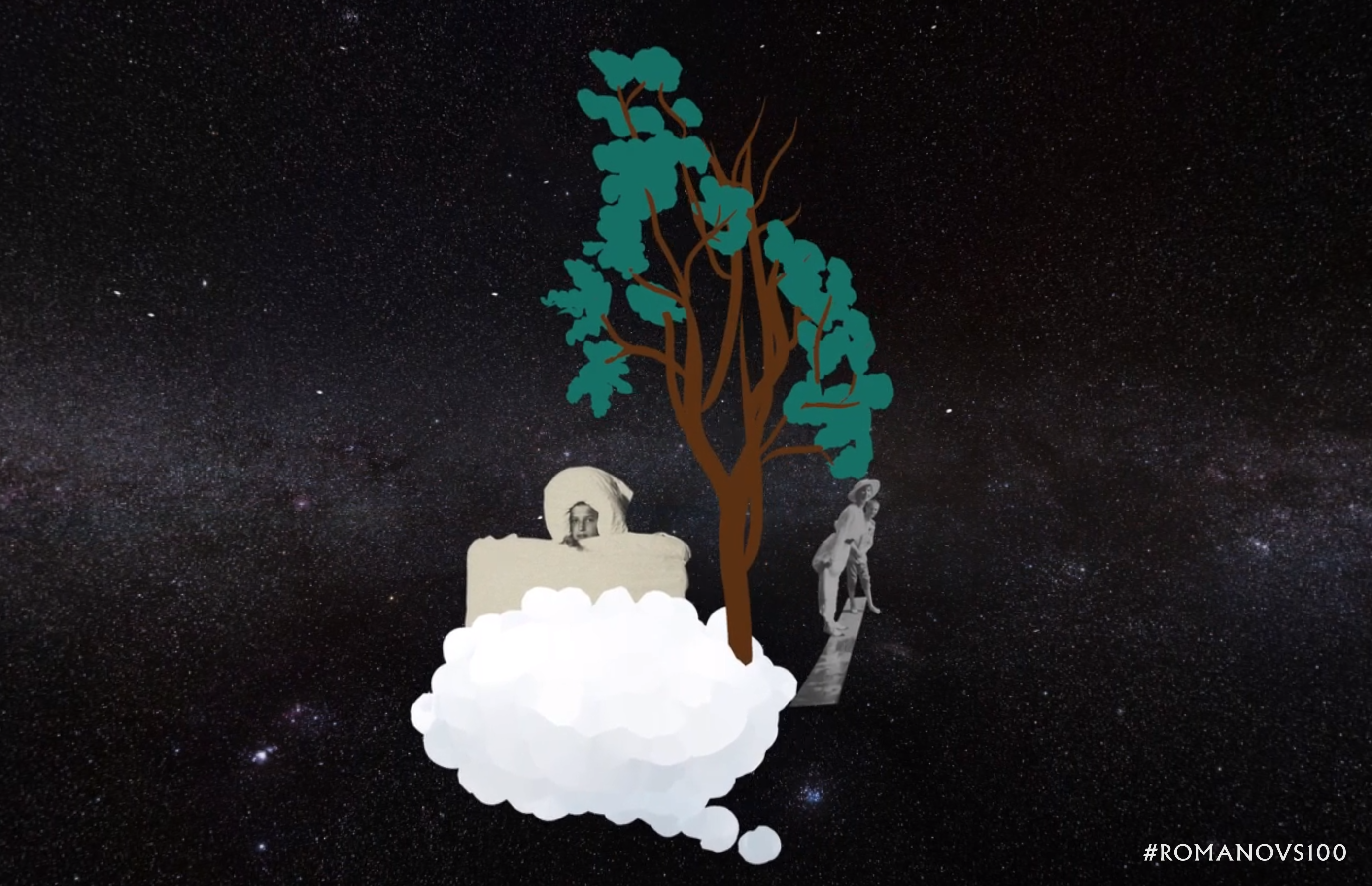 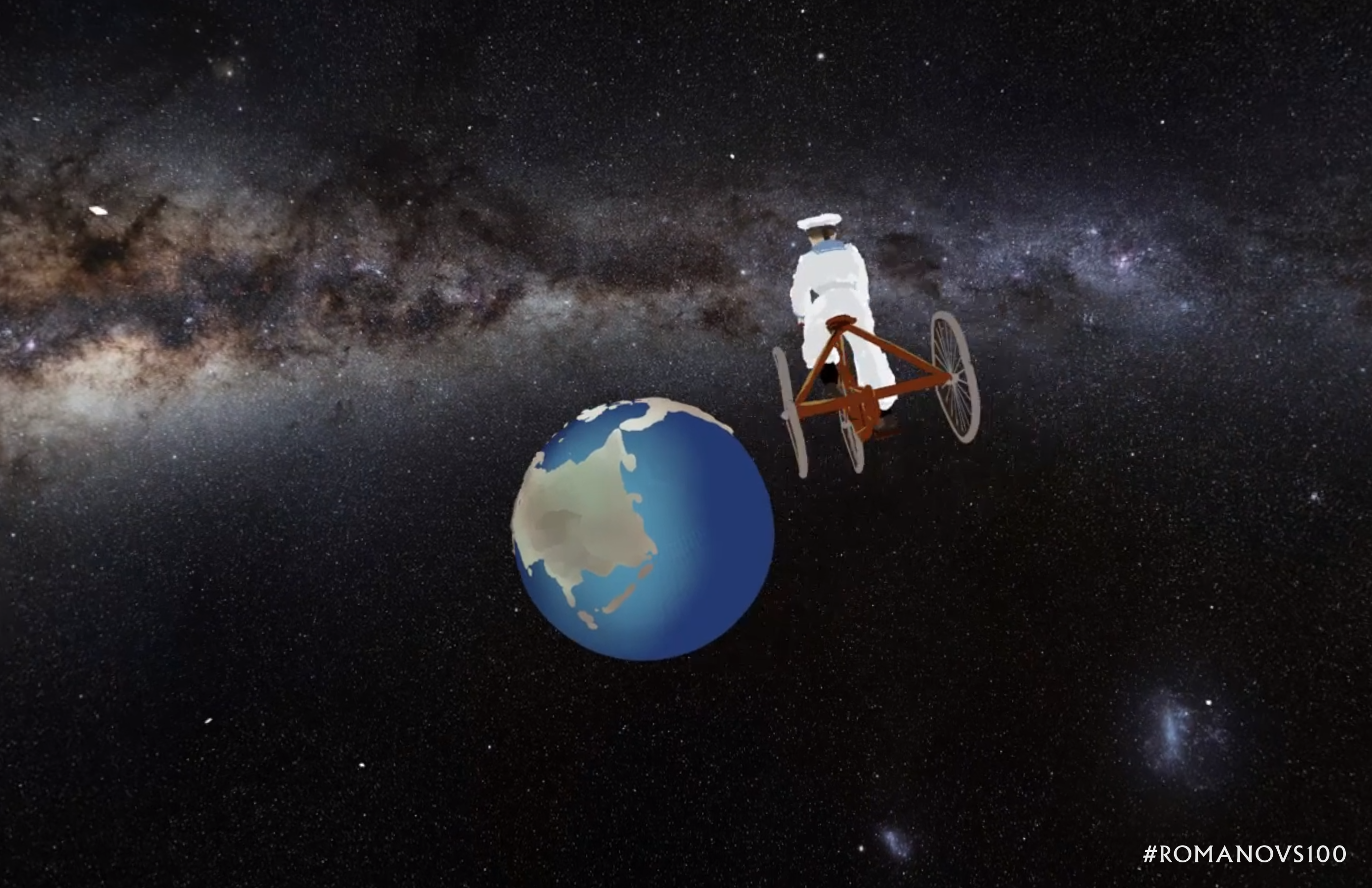 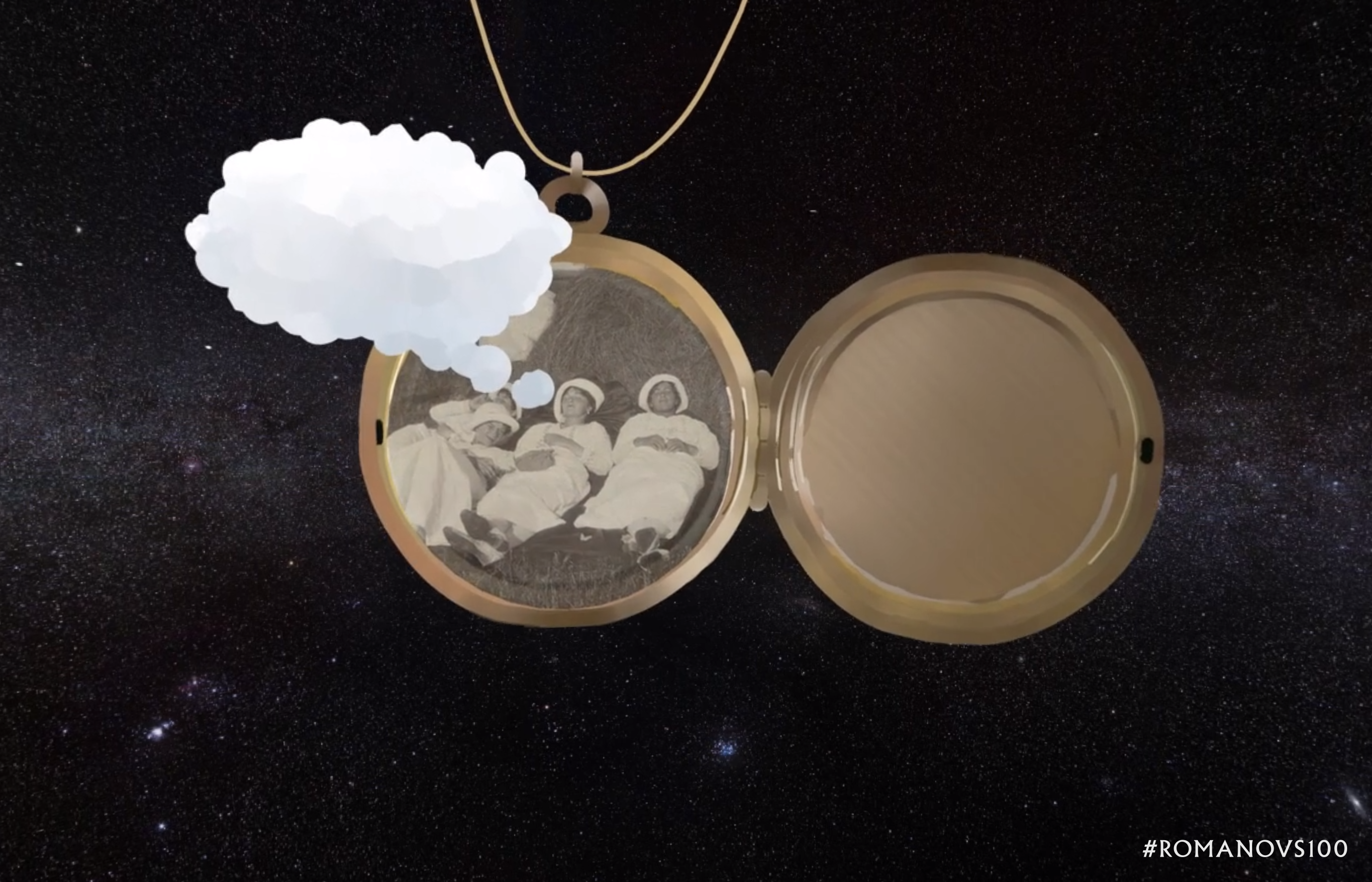 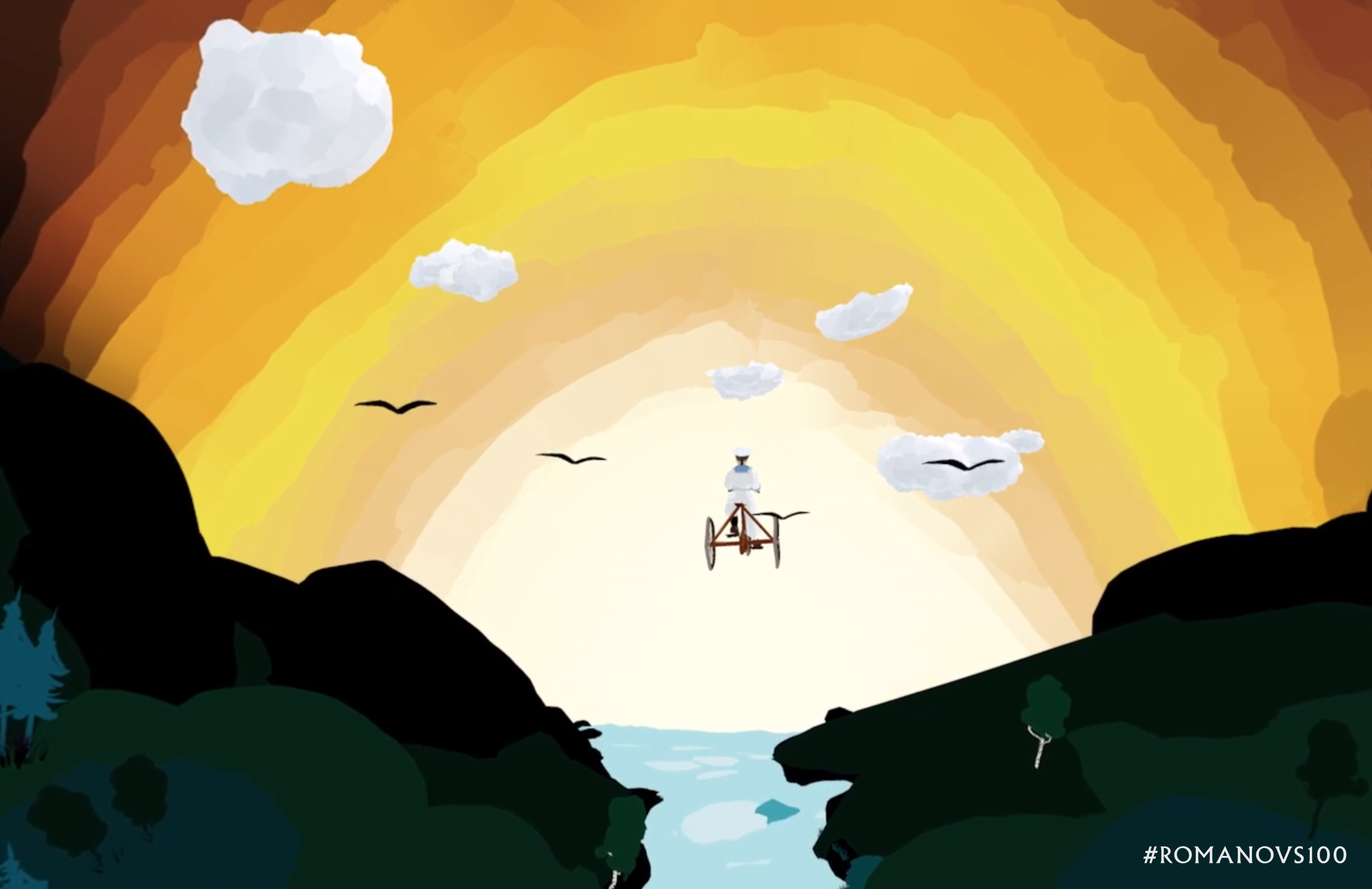 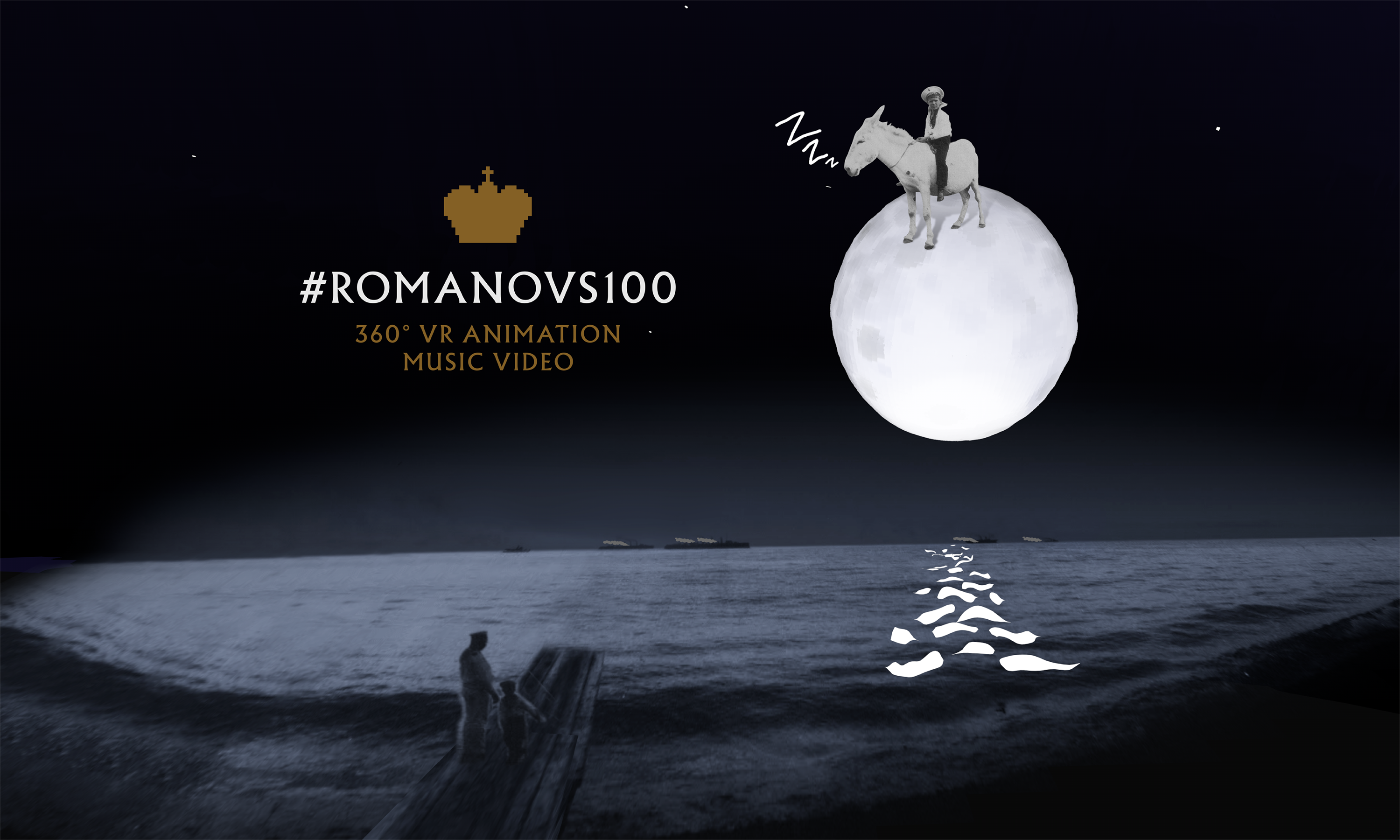 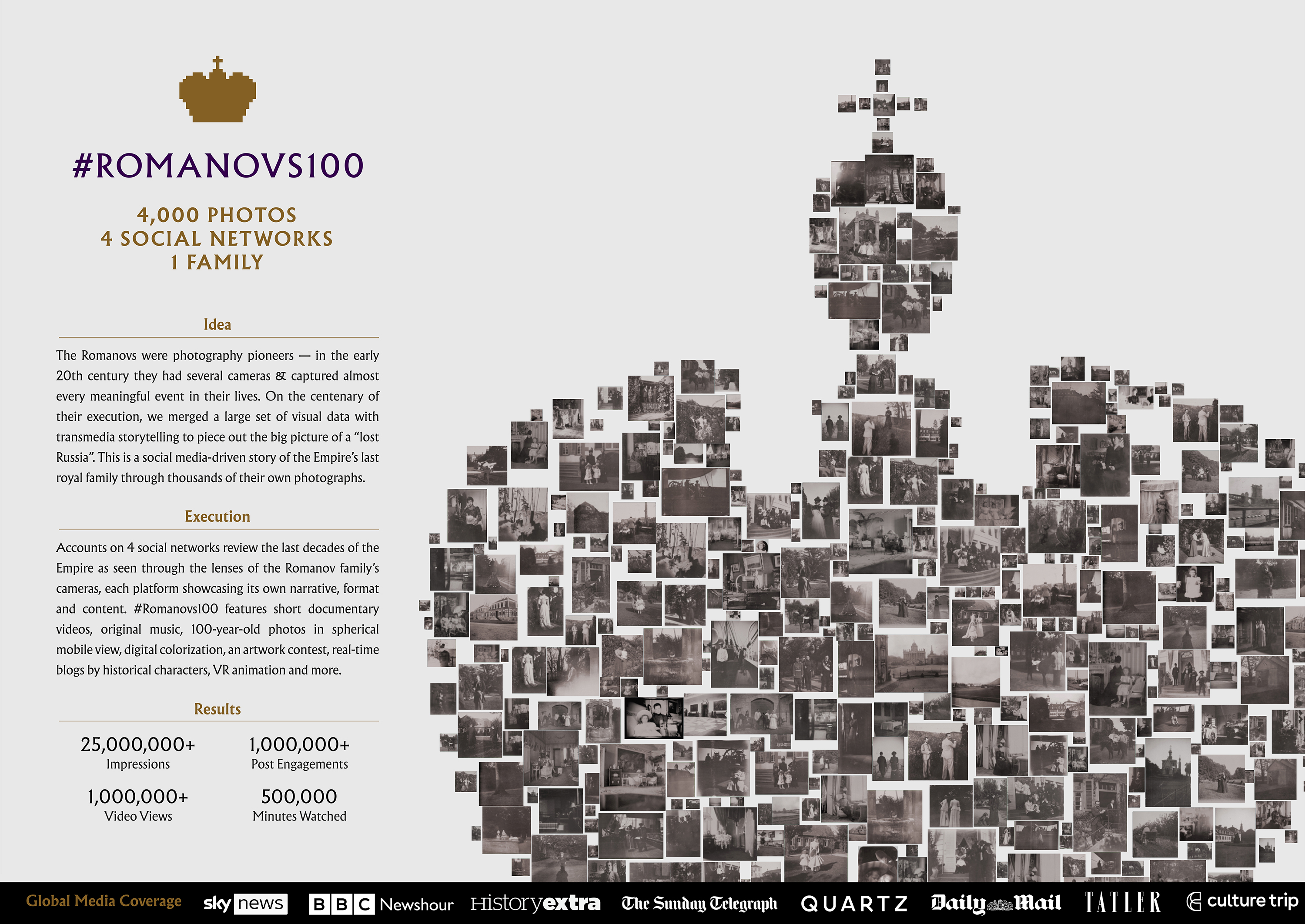