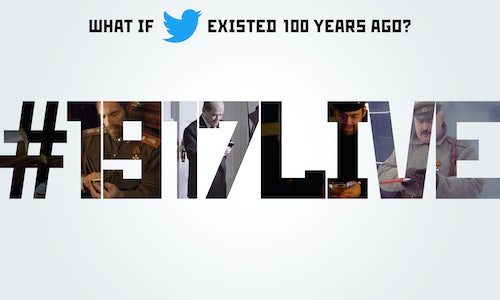 We live in an intense and noisy world. We live with and through gadgets, social media and mobile apps. Our brains are now oriented to consuming multiple forms of information through what we know as a newsfeed. Younger generations are already adapted to this timeline/newsfeed mentality, often from early childhood. The challenge is to identify how innovative educational processes and projects can resonate with this new model of thinking.

We asked ourselves what would be the best new way to teach history in the social media era? How can we engage an audience used to snaps, tweets, developing situations and breaking news?

So we created a large-scale Twitter role-play that reenacts history, in real time. #1917LIVE is an experimental project that tells the story of the Russian Revolution through real-time tweeting from a network of linked accounts.

One of the project's key objectives is to educate and inspire the audience to learn, while setting new best-in-class Twitter standards. With #1917LIVE, our task was not only to recount historic events in Twitter's dynamic style, but to introduce a new format which can be effectively adapted by schools and universities in history education courses globally.

Among PR objectives – we aimed at increasing brand awareness and improving image of the brand on the media market trying to make this project innovative.

With our Twitter time machine, we take you back 100 years to relive the Russian Revolution. Dozens of historical accounts, from Tsar Nicholas II to Vladimir Lenin live-tweet events day-by-day, as if Twitter existed a century ago. Characters' accounts create an alternative 1917 reality, united in a historical Twitter universe under the flagship feed of a fictional media outlet.

The central narrative pillar was created by team of journalists and researchers. All tweets are accurately sourced through memoirs, diaries, letters and newspapers of that time. A key project element is #1917CROWD – a community hashtag which allowed anyone to create their own historically authentic "avatar" and engage with the events of 100 years ago. The project was endorsed by such respected writers as renowned British historian Helen Rappaport and best-selling author Paulo Coelho, who contributed to live-tweeting 1917 events.

Developing in real time, the project creates a highly engaging experience – our audience gets a chance to follow and interact with historic figures themselves almost like via digital time machine, take part in polls, Q&As and many more. 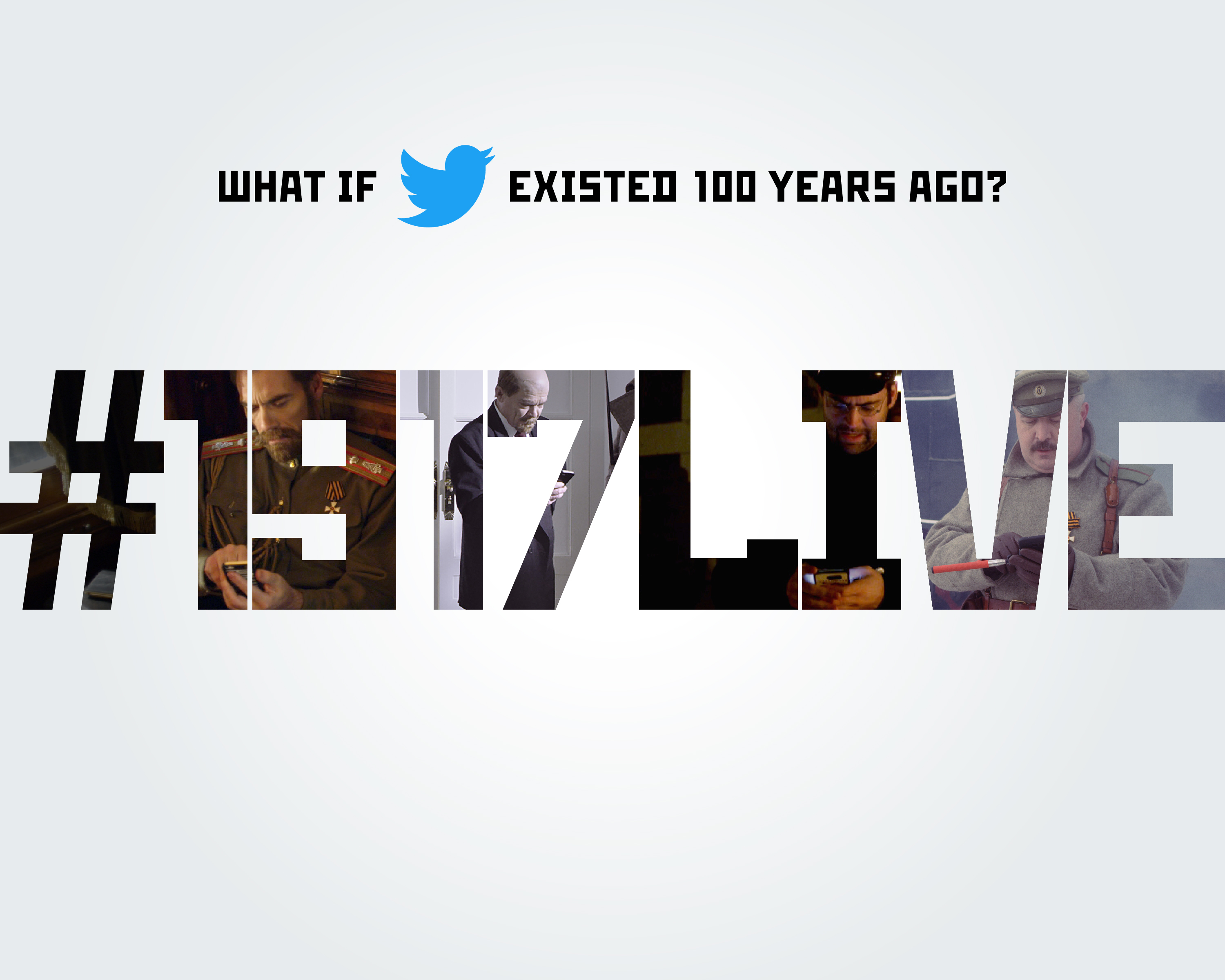 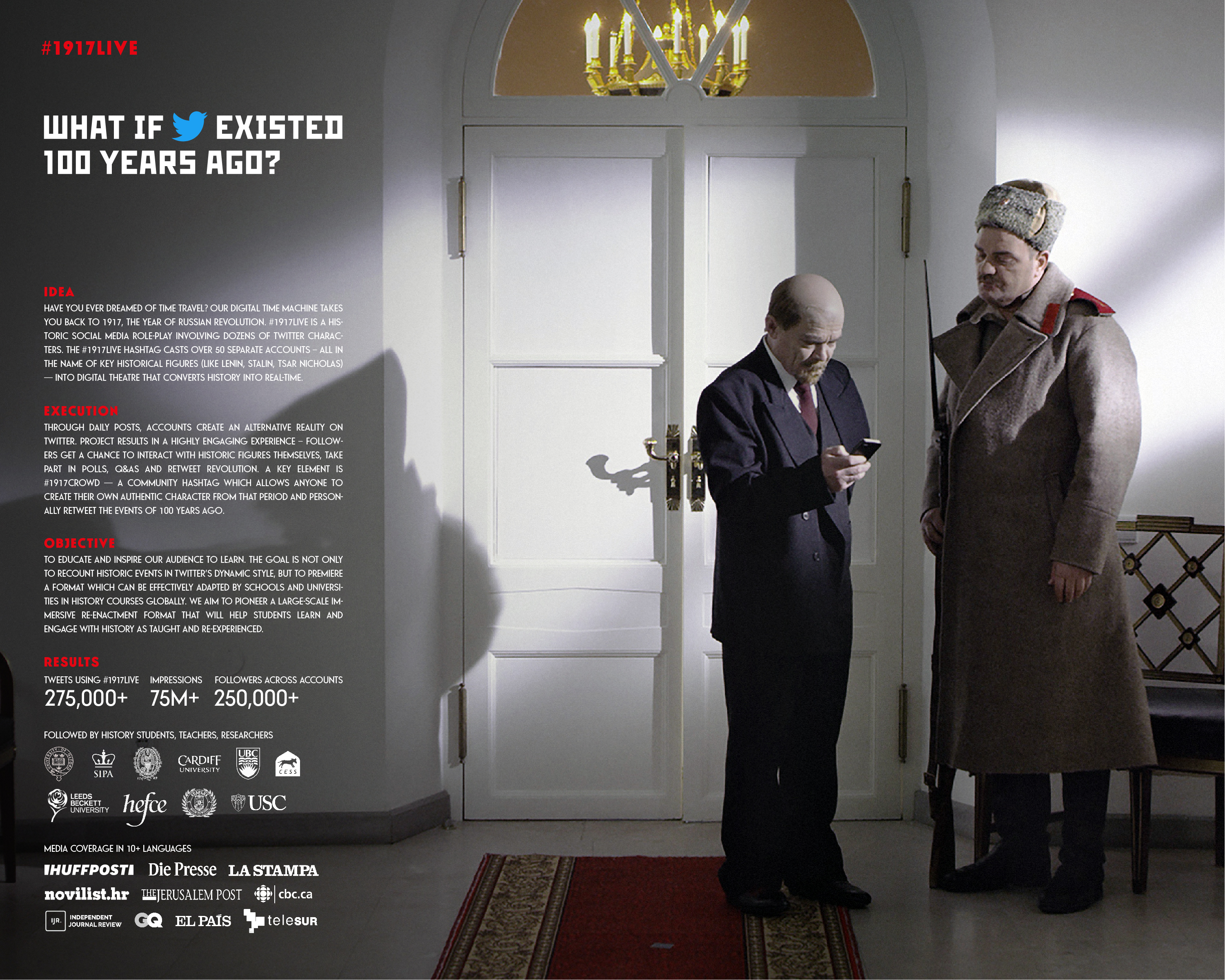 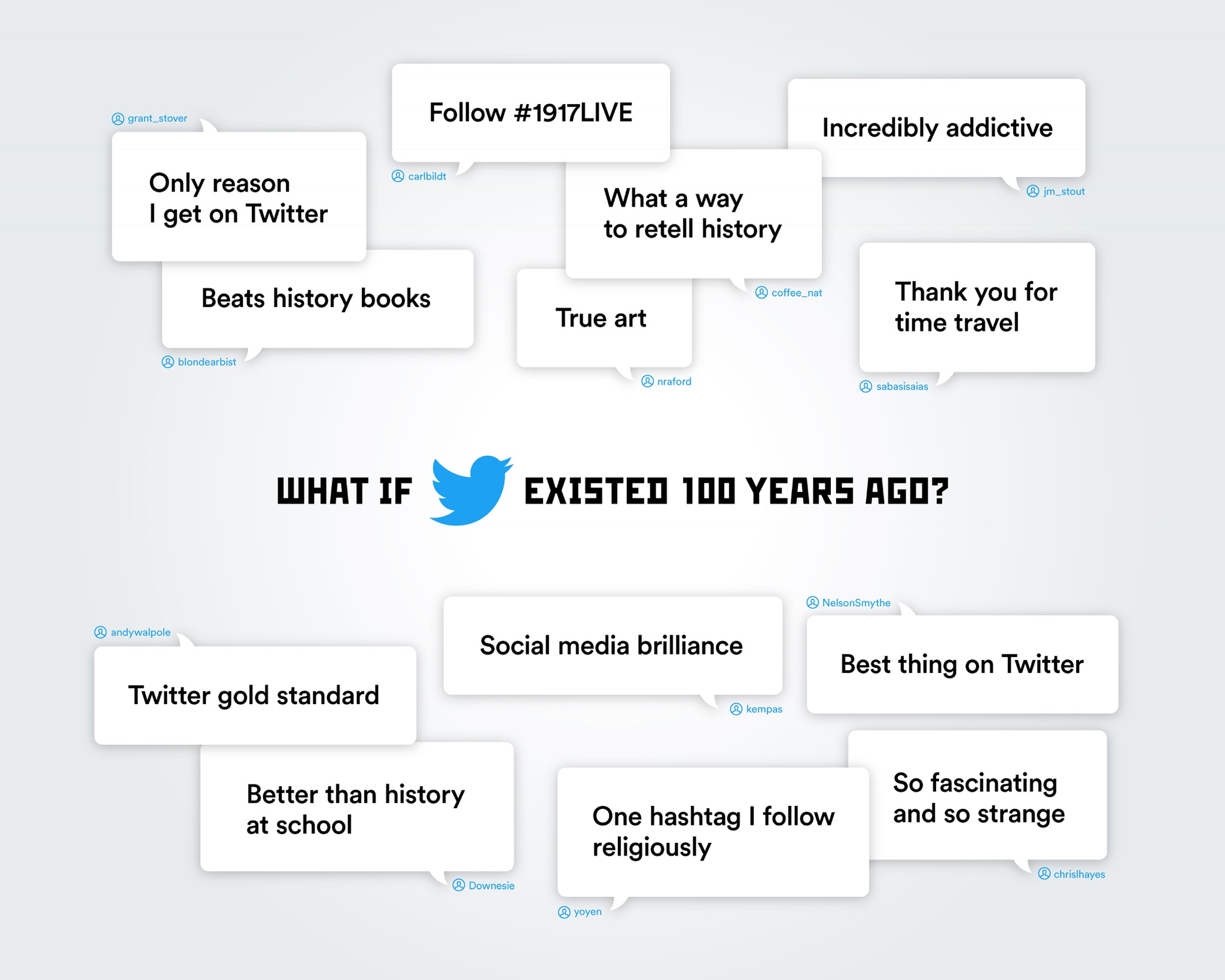